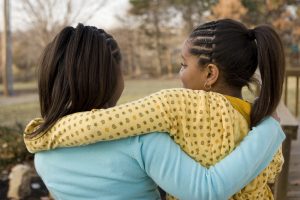 When I was a juvenile probation officer, I struggled with decisions to detain girls, especially when the seriousness of their delinquent behavior was a bit fuzzy. Take one of the first girls I worked with: a 16-year-old picked up by law enforcement and referred to me for running away. Running away from home is a status offense, meaning it only applies to youth and not adults.

Texas—where this took place—doesn’t allow youth to be detained for running away, and I had no idea what to do. I called her mom, and she didn’t want her to come home. The girl had run away after a fight between the two, and her mom wasn’t ready for her to return. I called child welfare. They also had no options for her since she wasn’t being abused or neglected. I called public mental health, and they had no options either: She wasn’t suicidal.

Ultimately, I put her in the back of my probation car and drove her home, where a local sheriff deputy and I convinced her mom to let her back in the house. As the deputy and I walked back to our cars, he turned to me and said, “Get some rest now, she will probably be back later for an assault—when they get into another fight.” Less than two hours later, I found out he was right.

This scenario and countless others have driven me to hone in on efforts to bridge research and policy to practice related to the pathway girls take to and through the juvenile justice system.

For example, while the overall rates of youth arrests and incarceration are decreasing, the rate for girls has remained disproportionately constant. The daily population for justice-involved youth in out-of-home placement is now the lowest it has been in over 20 years; however, the rate decrease for girls is 5% lower than for boys.

Girls of color are particularly affected by this trend. While rates of representation vary by jurisdiction, national trends show that black girls comprise 14% of the general population and yet represent more than 33% of those in out-of-home placement.

The pathway girls take to and through the juvenile justice system is different than that of boys.

Evidence has begun to suggest that the increase in girls’ rates of arrest and incarceration over the last two decades may be tied to aggressive enforcement of non-serious offenses. Often, the root causes of behaviors that bring girls to the attention of law enforcement include trauma, such as physical, emotional, or sexual abuse. In fact, a study conducted in Florida by fellow NCCD researchers found that 64% of girls involved in the juvenile justice system have experienced some form of abuse.

A report by the Georgetown Center on Poverty, Inequality and Public Policy (The Sexual Abuse To Prison Pipeline: The Girls’ Story) emphasizes that once a girl is removed from the home her needs often go unaddressed, and may even be intensified by a system that is essentially designed for boys. Few facilities provide adequate mental and physical health services for girls, especially as the needs relate to trauma.

My examination of the system’s impact on youth, especially girls, who are involved in the juvenile justice system led to a 2015 study published in Criminal Justice and Behavior. After two years of following 5,019 system-involved youth, we found girls scored 25% higher on the state’s mental health screening instrument; had nearly twice as many past traumatic experiences; and were held, on average, five days longer in detention facilities than boys (see figure). 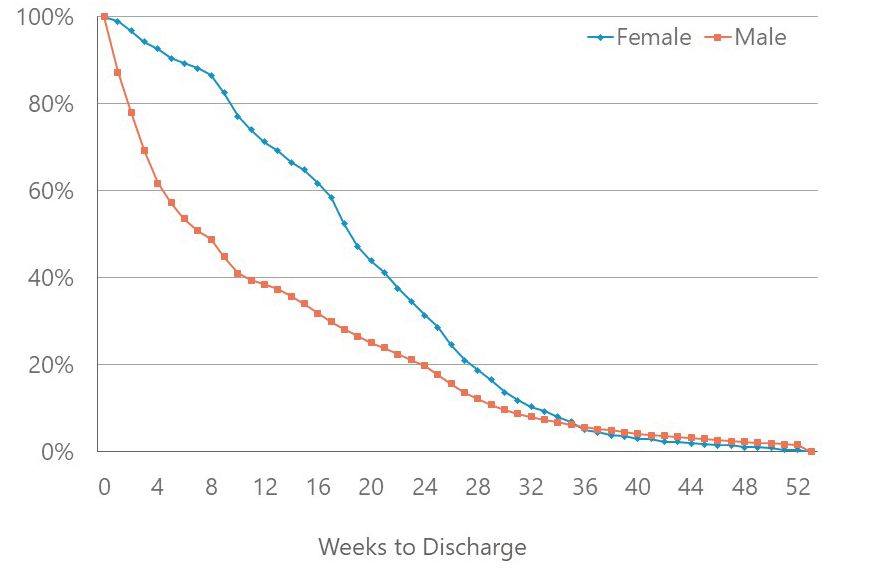 Building off that study, we wanted to examine cross-system data from the juvenile justice and public mental health systems of a large state to assess the influence of gender, mental health needs, and trauma on out-of-home placements for justice-involved girls.

The results from analyzing data on 270,000 youth over a seven-year time period were published recently in Youth Violence and Juvenile Justice. Our findings indicate that accessing mental health services or being viewed as having a mental health need by a juvenile probation officer increase the likelihood of youth being removed from their homes, especially for girls. Once removed, girls’ release is slowed by having received public mental health treatment or having experienced trauma.

Key findings of this most recent study are highlighted below.

Over the years, from both my practice experience and experience assisting public mental health and juvenile justice systems, and through my research, I have come to believe that the school-to-prison pipeline is more complex than that. In my mind, it is a system-to-prison pipeline. My hope is that research like this prompts a community dialogue that begins to address the unique needs and challenges of girls, especially girls of color and those with mental health needs, involved with the juvenile justice system.

Join Live Webinar About the Research

Dr. Espinosa will conduct a webinar on Tuesday, April 14, 2020, at 11:00 a.m. (CDT). She will discuss her latest research on pathways to the juvenile justice system and how gender, mental health system involvement, and trauma affect those pathways. To join Dr. Espinosa, please register here.

When I was a juvenile probation officer, I struggled with decisions to detain girls, especially when the seriousness of their delinquent behavior was a bit fuzzy. Take one of the first girls I worked with: a 16-year-old picked up by law enforcement and referred to me for running away. Running away from home is a…
We use cookies on our website to give you the most relevant experience by remembering your preferences and repeat visits. By clicking “Accept”, you consent to the use of ALL the cookies. However you may visit Cookie Settings to provide a controlled consent.
Cookie settingsACCEPT
Manage consent