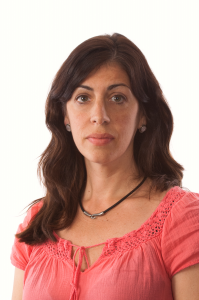 We receive many questions at the National PREA Resource Center (PRC) about how to interpret individual Prison Rape Elimination Act (PREA) standards. It is ultimately the US Department of Justice’s (DOJ) responsibility to provide interpretive guidance on the standards and PRC’s responsibility to make sure that guidance is broadcast to the field. However, as a general matter, the DOJ has advised that the key to understanding what a standard requires, and gauging whether your agency is meeting that standard, is to understand the intent of the standard.

We receive many questions at the National PREA Resource Center (PRC) about how to interpret individual Prison Rape Elimination Act (PREA) standards. It is ultimately the US Department of Justice’s (DOJ) responsibility to provide interpretive guidance on the standards and PRC’s responsibility to make sure that guidance is broadcast to the field. However, as a general matter, the DOJ has advised that the key to understanding what a standard requires, and gauging whether your agency is meeting that standard, is to understand the intent of the standard.

Over the many years of development and iterations of the now final PREA standards, I have had the chance to see them take shape and to get a firm understanding of the rationale—the intent—behind them. What has emerged for me is that at the heart of them is the creation of a reporting culture. That is to say, the standards are designed to ensure that everyone in a correctional facility understands that sexual abuse won’t be tolerated and will be reported and that everyone feels safe reporting it when it happens.

Every person who was consulted in the drafting of the standards agreed on one thing. If you want to prevent sexual abuse, you need people to come forward and report it when it happens. Reporting is both cause and effect. It is the effect of an attitude that sexual abuse will not be tolerated; that reports will be taken seriously; and that victims will be treated with respect, protected through an investigative process, provided the services they need, and will not be further punished for reporting by being isolated against their will or re-traumatized in order to gather evidence. In turn, reporting is a cause. It provides institutions with the information they need to locate problems and address them, it means hidden behavior is exposed, and ultimately it leads to prevention.

When I talk to agencies about the intent of the standards—about whether agencies are accomplishing what the standards require—I find more often than not the real question is, “Does this contribute to a reporting culture?” Many of the standards seem unrelated to reporting, but ultimately, when the intent of a standard isn’t met, that failure in some way diminishes the likelihood that people will report. Certainly not every requirement in every standard can be read this way, but it is remarkable how many of them can be, in my mind, tested by this measure. Everything from planning (e.g., if a PREA coordinator does not have adequate time to do his/her job, the message that PREA is to be taken seriously is not getting out, and usually the first evidence of a lack of culture change is the fact that people still do not feel safe reporting incidents of sexual abuse) to investigations (how professional, thorough, and respectful the investigative process is has everything to do with how safe people feel reporting sexual abuse) to the provision of medical and mental health care services in the event of a report—they are all connected in some way to the creation of a reporting culture.

I don’t want to simplify the standards or take away the nuance. Interpreting them is hard work and the DOJ is the last word on what practice makes compliance. Of course, the ultimate goal of the standards is to prevent sexual abuse from happening and to respond appropriately when it does. There are aspects of the standards designed to address prevention and response that are not directly tied to reporting. Furthermore, prevention is the ultimate goal, not reporting. But I do think agencies can go a long way in measuring their own compliance by asking themselves: Does the way we do this create any disincentives to report sexual abuse? Does it in any way make people feel less safe about bringing sexual abuse forward? If the answer is yes, it will almost always be the case that the standard isn’t being met properly. Are we doing everything we can to encourage reporting—not simply by providing the mechanisms, but by responding appropriately and maintaining the safety and integrity of those involved in investigations following a report? Those are the questions that I think are ultimately at the heart of compliance.

Although simple in the abstract, it is the case that true compliance will almost always require culture change, and that’s the hardest kind of change to accomplish. It should be with this in mind that agencies not only write their policies, but train their staff and educate the people incarcerated in their institutions. If the commitment to creating a reporting culture is part of every decision related to compliance, I have to believe that agency is heading in the right direction.

Michela Bowman is a Senior Program Specialist at NCCD.

We receive many questions at the National PREA Resource Center (PRC) about how to interpret individual Prison Rape Elimination Act (PREA) standards. It is ultimately the US Department of Justice’s (DOJ) responsibility to provide interpretive guidance on the standards and PRC’s responsibility to make sure that guidance is broadcast to the field. However, as a…
We use cookies on our website to give you the most relevant experience by remembering your preferences and repeat visits. By clicking “Accept”, you consent to the use of ALL the cookies. However you may visit Cookie Settings to provide a controlled consent.
Cookie settingsACCEPT
Manage consent