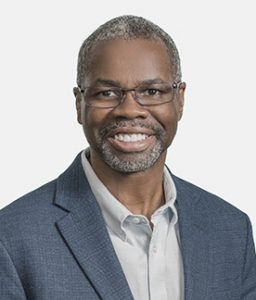 Evident Change mourns our friend and colleague Wayne Strong, who passed away on June 20, 2022.

Wayne Strong joined Evident Change in 2019, working as part of the organization’s justice team on CAIS™ and JAIS™ for adult and youth until 2021. Both within Evident Change and outside of it, Wayne was dedicated to bettering people’s lives.

Wayne received his degree in criminal justice from the University of Wisconsin. He took his first job in law enforcement as an officer in the Hennepin County Police Department. After a few years in Minnesota, Wayne and his family moved back to Wisconsin, where Wayne became a member of the Madison Police Department. Wayne worked at MPD for 24 years before retiring as a detective lieutenant.

Wayne brought his vast experience in policing to his justice reform work at Evident Change. He also served as Globe University’s Criminal Justice Program Chair and at the UW-Madison Center for Law, Society, and Justice.

Much of Wayne’s free time was spent deeply involved in the Madison community. He supported the Southside Raiders, a youth football and cheerleading program in Madison that he eventually co-directed. He served on many boards of local organizations including Just Dane and the Road Home Dane County as well as advising on many other civic boards. He recently joined the Wisconsin State Journal’s editorial board as one of its first local community members.

Wayne was an involved husband, father, and grandfather who loved to spend time with his family. In his free time, he was an avid cyclist and self-described “thrill seeker” who went skydiving on his birthday and loved sports and competition.

We are grateful to have known Wayne. His commitments to his community and to improving the justice system will continue to inspire our work.

Evident Change mourns our friend and colleague Wayne Strong, who passed away on June 20, 2022. Wayne Strong joined Evident Change in 2019, working as part of the organization’s justice team on CAIS™ and JAIS™ for adult and youth until 2021. Both within Evident Change and outside of it, Wayne was dedicated to bettering people’s…
We use cookies on our website to give you the most relevant experience by remembering your preferences and repeat visits. By clicking “Accept”, you consent to the use of ALL the cookies. However you may visit Cookie Settings to provide a controlled consent.
Cookie settingsACCEPT
Manage consent