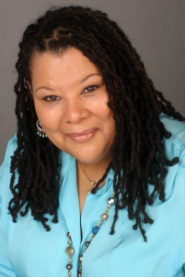 Since 2000, College and Community Fellowship (CCF) has worked with an incredible group of students who illustrate the value of educational opportunity. CCF was the first organization in New York state to offer higher education support to formerly incarcerated women as a primary strategy for helping them rebuild their lives.

Since 2000, College and Community Fellowship (CCF) has worked with an incredible group of students who illustrate the value of educational opportunity. CCF was the first organization in New York state to offer higher education support to formerly incarcerated women as a primary strategy for helping them rebuild their lives.

CCF began as a simple mentoring program. The philosophy is that lives are rebuilt through education, community, self-expression, and leadership development—not coercion, fear, and punishment. Internal data confirm what other studies show: With every year of education, the risk of criminal recidivism declines, and the range of opportunities for families to escape poverty increases. Yet higher education access for people in prison and people with criminal convictions is limited by systemic and social barriers.

Title IV of the 1965 Higher Education Act allowed incarcerated students to apply for low-income tuition assistance. As a result, college programs in prisons were funded through federal Pell Grants from the 1970s through 1994. By 1982, there were 350 students in college programs in prisons across 40 states. However, higher education in prison was attacked in the 1990s in the midst of tough-on-crime debates. In the end, Congress passed the 1993 crime bill, which included a provision that made prisoners ineligible for federal student financial aid. This was reinforced by the reauthorization of the Higher Education Act in 1994, and most in-prison college programs closed their doors.

Thousands of students were stripped of the hope offered by access to education, access that would have almost certainly increased their chances of a successful transition back into the community. These are the same people whose opportunities have long been halted by failed unequal distribution of education resources to poor communities of color. Furthermore, recently, due to highly publicized crimes, there has been a trend for colleges to screen students for admission based on prior criminal history.

Many academics find a direct correlation between access to education and likelihood of imprisonment. The school-to-prison pipeline is a disturbing national trend wherein disproportionately poor children of color, many with histories of learning disabilities and/or abuse, are being funneled out of public schools and into the juvenile and criminal justice system.

I live in New York, where since 1998 more African Americans have entered the prison system for drug offenses each year than have graduated from the State University of New York with undergraduate, master’s, and doctoral degrees combined. Open debates about affirmative action in education and employment, the decline of jobs that pay a living wage, the massive destruction caused by the war on drugs, the collapse of the welfare state, and the criminalization of poverty are evidence that we are dealing with the rarely discussed reality of structural oppression.

There has been tremendous pushback against efforts to reinstate public support for college in prison. A few privately funded programs do operate across the country; however, the focus in the past 15 years has shifted to what happens when people are released from prison. While reentry programs help an individual assimilate back into the community he or she left behind; such programs do not give individuals vital tools such as a higher education, which would enable them to lift themselves out of poverty.

From small beginnings as a mentoring program for students with criminal records in 2000, CCF has grown into a unique organization in a growing field. We offer academic counseling, tuition assistance, access to volunteer mentors and tutors, leadership and life skills training, as well as opportunities to build social capital within a supportive peer community.

While our primary goal is to increase the life chances of our constituents, our impact on recidivism cannot be denied. The recidivism within three years of release is 51.8% nationally, 43.8% in New York State, and just 2% at CCF. Furthermore, less than 10% of CCF’s Fellows have left the program without a degree and many go on to pursue graduate degrees. But CCF’s greatest achievement is the internal identity shift seen in the graduates. As one Fellow puts it, “Education changed me forever. I see my place in world differently. I see my relationship to the world’s problems differently. I see the world’s relationship to my problems differently.”

We know that higher education increases employability, reduces recidivism, and has a positive correlation with good health. Public benefits include increased tax revenues, greater workplace productivity, increased consumption, increased workforce flexibility, and decreased reliance on government financial support. These are all important reason to support education for students in prison and upon release. But for CCF, the bottom line is that second chances and opportunity are American values. We cannot bar the most exposed people from the very thing that has the greatest potential to change their lives and improve the conditions of communities to which they return.

Vivian Nixon is Executive Director of College and Community Fellowship (CCF), an organization committed to removing individual and structural barriers to higher education for women with criminal record histories and their families. She is currently a Columbia University Community Scholar and has received multiple honors, including the John Jay Medal for Justice, the Ascend Fellowship at the Aspen Institute, the Soros Justice Fellowship, and the Petra Foundation Fellowship.

Since 2000, College and Community Fellowship (CCF) has worked with an incredible group of students who illustrate the value of educational opportunity. CCF was the first organization in New York state to offer higher education support to formerly incarcerated women as a primary strategy for helping them rebuild their lives. Since 2000, College and Community…
We use cookies on our website to give you the most relevant experience by remembering your preferences and repeat visits. By clicking “Accept”, you consent to the use of ALL the cookies. However you may visit Cookie Settings to provide a controlled consent.
Cookie settingsACCEPT
Manage consent