Reflections Upon 34 Years As a Juvenile Court Judge

Reflections Upon 34 Years As a Juvenile Court Judge 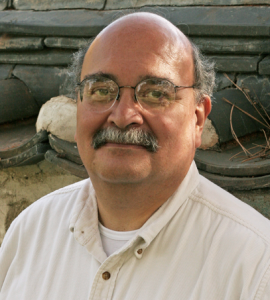 I recently retired after serving for 34 years as a judge in both tribal and state courts. When I started as a juvenile court judge, I trusted that if I did my small part as a judge (basically accepting the recommendations of the professionals appearing in court before me), children would be well taken care of. I trusted that the “system” was doing right by the children it cared for. Since then, I have learned that system involvement is not the guarantee I believed it to be.

I recently retired after serving for 34 years as a judge in both tribal and state courts. When I started as a juvenile court judge, I trusted that if I did my small part as a judge (basically accepting the recommendations of the professionals appearing in court before me), children would be well taken care of. I trusted that the “system” was doing right by the children it cared for. Since then, I have learned that system involvement is not the guarantee I believed it to be.

The focus of our juvenile system in the last couple of decades has been on safety as the paramount value and removal as the principal intervention. Along the way, we have created a system where many are substituting their own versions of “best interests” when deciding whether to send children home after being in the system. Almost twice as many children are now in care as when I began. And yet, we are seeing second-, third-, and even fourth-generation children in foster care. If removal was indeed solving the problem, we would not see a generational carryover. Upon reflection, I have concluded that this carryover is a direct result of not healing the children and families of origin that become involved in the juvenile system. While removal may well interrupt a pattern of abuse or neglect, it is not sufficient to ensure that the children have an opportunity to grow up in healthy families, which everyone agrees is best for children. Moving children from foster home to foster home or into institutional care does not provide them with the necessary modeling and long-term connections to launch them on positive trajectories.

While no one would want children to be harmed, the orphanages of Eastern Europe demonstrate that safety is not a sufficient standard. Instead, I would propose that if removal is necessary, that the creation of resilience for children be built into the service delivery plan. Studies have demonstrated that this one trait allows some children to survive the very worst sexual or physical abuse and come out seemingly whole. Research also makes clear that resilience is the product of multiple connections. Connections to people who genuinely care about the children turn out to be critical. And yet, too often when children are removed from families, there is little real effort to maintain or enhance children’s current relationships while in care. (It is even more uncommon to see efforts to create new relationships through natural connections to relatives not tied to placement options.)

If we know these connections are necessary, why do we not routinely ensure that they are in place? Perhaps for the same reason we ignore visitation evidence. The average parent gets one hour of visits per week with the children. We know from research that adding another hour of visits results in a tripling of successful reunification efforts, doing nothing additional in the case. Adding another hour triples success again. Going from one hour of visits to three hours of visits results in a nine-fold increase in successful reunification. And yet, the possibility of additional visits is often ignored. Similarly, the father’s family is often ignored when considering both connections and placement options, and caseworkers no longer have families as the center of their work, instead being focused on documenting compliance with standards.

All of these seem to reflect the prevailing approach that the system will find better (i.e., “best interests”) connections for these children. It is increasingly difficult to ignore the plethora of research demonstrating poor child well-being consideration outcomes that result for children in foster care—both short term and long term. Despite good intentions, children (and their families) are not being served well by child-serving institutions in our communities. We need to keep in mind the layman’s definition of insanity: doing the same thing over and over and expecting a different result. It is long past time for a different result—one without recurring generations of children landing in foster care, one without children in the care of the system having measurably poorer outcomes than children who manage to stay out of the system, and one without children aging out of care without the caring and enduring connections of families.

It is time to reimagine a system that intervenes in the lives of children and families in such a way as to bring healing, not separation; to bring improvements, not disadvantages and burdens; to bring an ally to families in trouble, not an adversary. Segments of the child-serving community have begun this work; we need to support that work. These children are our relatives, and we need to treat them as such. Hope is not a strategy—someday is not a plan.

William A. Thorne Jr. is a Pomo/Coast Miwok Indian from northern California enrolled with the Federated Indians of the Graton Rancheria. He graduated from the University of Santa Clara and Stanford Law School and practiced law for several years at Echo Hawk & Thorne, specializing in federal Indian law. He has served as a tribal judge in 11 states. After 14 years as a state trial judge, he was appointed in 2000 to the Utah Court of Appeals, where he served until retiring in 2013.

Thorne has served as board member of numerous nonprofits, and he continues to speak and teach around the country, chiefly on issues related to children, including child welfare reform efforts, disproportionality affecting minority children, and the Indian Child Welfare Act.

I recently retired after serving for 34 years as a judge in both tribal and state courts. When I started as a juvenile court judge, I trusted that if I did my small part as a judge (basically accepting the recommendations of the professionals appearing in court before me), children would be well taken care…
We use cookies on our website to give you the most relevant experience by remembering your preferences and repeat visits. By clicking “Accept”, you consent to the use of ALL the cookies. However you may visit Cookie Settings to provide a controlled consent.
Cookie settingsACCEPT
Manage consent