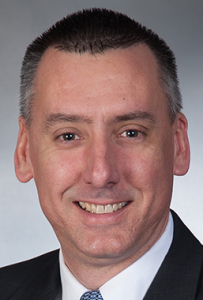 It has been just over 20 years since the Ohio Department of Youth Services (DYS) piloted the Reasonable and Equitable Community and Local Alternatives to the Incarceration of Minors (RECLAIM) Ohio funding strategy in the initial nine counties before going statewide a year later. In January 1994, DYS housed an average population of more than 2,000 youth in state custody. In January 2014, that number stood at a record low 495 youth.


It has been just over 20 years since the Ohio Department of Youth Services (DYS) piloted the Reasonable and Equitable Community and Local Alternatives to the Incarceration of Minors (RECLAIM) Ohio funding strategy in the initial nine counties before going statewide a year later. In January 1994, DYS housed an average population of more than 2,000 youth in state custody. In January 2014, that number stood at a record low 495 youth. Much has changed in the years in between, but RECLAIM continues to be the backbone of a juvenile justice system that seeks to align resources and match youth with the appropriate level of supervision and treatment to meet individual needs.

The funding scenario set up by RECLAIM’s statutory formula incentivizes juvenile courts to divert appropriate felony youth from state commitment to community-based, localized options. Based on the number of felony youth adjudicated and the state bed days used by the courts, funding is allocated annually for use in programs ranging from prevention through intensive intervention and treatment services. As such, courts have been able to build a continuum of programming in the community that has significantly reduced reliance on state juvenile correctional facilities and expanded services for both status offenders and delinquent youth. These community options help maintain ties to family and other supports, which improve the chances of a youth succeeding in the long run.

Without doubt, RECLAIM changed the paradigm in Ohio and bolstered the partnership between juvenile court judges and DYS. But it has also served to launch the expansion of reforms. For example, effectively using resources by matching youth with the appropriate intervention requires the use of an objective risk assessment. Out of this need was born the Ohio Youth Assessment System (OYAS), a validated assessment measuring risk to reoffend that gives Ohio a common language when considering the delivery of services while protecting public safety.

Further, DYS implemented a strategically focused initiative four years ago, called Targeted RECLAIM, to build on the RECLAIM foundation. Under this effort, the juvenile courts with the highest number of state commitments have received funding to divert youth from DYS to evidence-based local programs. In the largest counties, Targeted RECLAIM has been implemented in coordination with the Behavioral Health/Juvenile Justice initiative, which funds home-based interventions for youth involved in both of these systems. The result has been a 72% reduction in DYS admissions from the initial six urban counties over four years and a 42% two-year reduction by the second wave of eight counties. These reductions have accompanied the closure of four DYS facilities since 2009, with an additional closure slated for May 2014, allowing for operation at both a sizable cost savings and a manageable population level.

The impact in Ohio goes beyond just the reduction in population at the state juvenile correctional facilities. A soon-to-be released statewide evaluation of RECLAIM Ohio will show that low-to-moderate risk youth served in these community programs recidivated at a significantly lower rate than youth incarcerated at the state level. Similarly, an outcome study of Targeted RECLAIM being released this spring will show that the youth diverted to these programs were more than twice as likely to avoid incarceration as their DYS counterparts.

Altogether, these strategies and the associated research findings help explain not only the decrease in DYS population, but also the stark decline in the number of youth reaching the level of felony offending. In state fiscal year 2013, less than 4,700 youth were adjudicated for felony offenses statewide, compared to more than 13,000 youth 15 years earlier.

To be sure, there have been many changes in Ohio’s juvenile justice system in the last 20 years. There have been state budget increases and reductions, facilities built and closed, and even a reinvention of the RECLAIM funding formula just over a decade ago. But the partnership with RECLAIM Ohio and the incentive structure it created continue to foster an era of reform.

Ryan Gies is the deputy director of the Division of Courts and Community Services for Ohio DYS. Mr. Gies has worked for DYS since 1993, including as bureau chief of subsidies and grants, subsidies manager, and community corrections monitor. Throughout his career with DYS, he has worked with community programs for youth and subsidy funding to the juvenile courts, including RECLAIM Ohio and the youth services grant. He has a Master of Public Administration degree from The Ohio State University and a BA from Syracuse University in policy studies and magazine journalism.

It has been just over 20 years since the Ohio Department of Youth Services (DYS) piloted the Reasonable and Equitable Community and Local Alternatives to the Incarceration of Minors (RECLAIM) Ohio funding strategy in the initial nine counties before going statewide a year later. In January 1994, DYS housed an average population of more than…
We use cookies on our website to give you the most relevant experience by remembering your preferences and repeat visits. By clicking “Accept”, you consent to the use of ALL the cookies. However you may visit Cookie Settings to provide a controlled consent.
Cookie settingsACCEPT
Manage consent