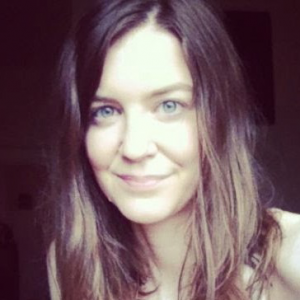 This American Life is a Media for a Just Society Awards finalist for their radio documentary Harper High School.

This American Life is a Media for a Just Society Awards finalist for their radio documentary Harper High School.

In the fall of 2012, the public radio show This American Life sent three reporters into Harper High School in Chicago, Illinois. Harper is located in a neighborhood—West Englewood—that has a tremendous amount of gun violence, and the previous school year, 29 Harper students had been shot. Twenty-one were wounded; eight died. To state the obvious: If 29 students were shot in some white, suburban school in one year, we would all know that school’s name. But Harper is one of many public schools in poor neighborhoods across the country that see a lot of violence that is barely covered by the press.

The school’s administration granted us an unusual level of access, and for five months our three reporters—Alex Kotlowitz, Linda Lutton, and Ben Calhoun—documented daily life at Harper. When there was a shooting, we recorded staff as they jumped into action to prevent retaliatory deaths. We recorded private, difficult meetings with families and students as they coped with the aftermath of the violence. We found stories that defied stereotypes about schools and gangs in violent neighborhoods. In February 2013, we aired two consecutive shows—each a full hour—that captured students struggling to thrive amidst difficult circumstances and school administrators taking energetic measures to keep these teenagers alive.

For everything we’ve all heard about children and gun violence—especially since Newtown last December—there are basic things we don’t hear much about, like what it’s like to live day-to-day in neighborhoods that have to cope with so much bloodshed. Harper’s staff and students know this problem in a way that most of us around the country don’t, and they live out those realities and their consequences in these remarkable episodes.

After listening to the show, First Lady Michelle Obama was moved to visit Harper and meet with the students she’d heard, and in June, she and the President welcomed a group of Harper staff and students at the White House. (That trip was funded through a Chicago attorney who heard the episodes and raised funds so the students could travel to Washington, DC). Listeners donated more than $250,000 to the school. One, a Chicago public school teacher, expressing thanks for the episode wrote, “it broke my heart and inspired me to work a little harder tomorrow … information in the story opened my eyes to the realities, and taught me the meaning behind things I hear my students say daily.”

Since its release, “Harper High School” has been awarded Peabody, duPont Columbia, Dart, Scripps Howard, and Education Writers Association awards. We are honored and grateful to be considered for a Media for a Just Society Award.

Emily Condon is the production manager for This American Life. Learn more about the show at http://www.thisamericanlife.org/