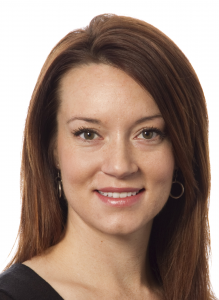 April is Child Abuse Prevention Awareness Month, providing an opportunity to bring awareness to our racially lopsided child welfare system. Research has shown that children of color are more often reported, investigated and found to be victims of abuse or neglect compared to white children. One of the most overrepresented populations is Alaskan Native children.


April is Child Abuse Prevention Awareness Month, providing an opportunity to bring awareness to our racially lopsided child welfare system. Research has shown that children of color are more often reported, investigated and found to be victims of abuse or neglect compared to white children. One of the most overrepresented populations is Alaskan Native children. During the month of January 2014, 63% of Alaskan children in out-of-home care were Native despite the most recent census estimates suggesting that less than 15% of the general population in Alaska is either American Indian or Alaskan Native. This startling level of disproportionality is not unique to Alaskan Natives or even American Indians. It is an epidemic that is well-documented and persists throughout our child welfare service system, resulting in children of color spending their childhood and beyond separated from their families, their communities, and their culture.

The disproportionate placement of Alaskan Native children is troubling and without resolution. This issue is complex, and the contributing factors are vast and widely debated; yet all compromise the protection of Native children: colonization, historical and current trauma, substance use, mental health, and poverty. Regardless of the cause, the solution might just be prevention services; services provided before a crisis occurs, administered by the tribe and based in Native culture, spiritual beliefs, family roles, and community.

Awareness alone is not enough. It must be followed by action and a shared commitment to keeping children out of the child protection system. Within Alaska, there are many initiatives already in place as a result of tribes who are addressing this epidemic through inter-agency collaboration and partnerships with national organizations to develop and implement prevention services based in Native culture, beliefs, and values. These organizations include the National Indian Child Welfare Association (NICWA), Casey Family Programs, and the Western and Pacific Child Welfare Implementation Center. Children’s Research Center (CRC) is also a collaborator in this effort through our work with Central Council Tlingit Indian Tribes of America (CCTHITA) in Juneau, Alaska and Association of Village Council Presidents (AVCP) in Bethel, Alaska as they implement the SDM® prevention services model. The assessment model empowers tribes to assess their own families at the time they apply for economic benefits and then provide those families at risk of child abuse or neglect with the cultural services, supports, and interventions to protect children, prevent family disruption, and restore Native families to their full potential. This approach recognizes that tribes are in the best position to assess and serve their families; when done before a child protection concern arises, family functioning can be improved before stability is threatened.

Culture is a preventive measure as well as a protective factor. Prevention services that are provided by the tribe and embedded in culture may just be the way to change the face of the child welfare system.

NCCD’s work in Juneau, Alaska with the Tlingit and Haida Indian Tribes is under the Tribal TANF and Child Welfare Coordination Grant. This preliminary report discusses our SDM prevention services work in Juneau, and the final evaluation report will be out around this time next year.

Jennifer Cotter is a Senior Program Associate at NCCD. Cotter will be co-presenting with CCTHITA at the NICWA conference in Fort Lauderdale, Florida the week of April 14th on the benefits of targeting at-risk TANF families with culturally appropriate child abuse prevention services.

April is Child Abuse Prevention Awareness Month, providing an opportunity to bring awareness to our racially lopsided child welfare system. Research has shown that children of color are more often reported, investigated and found to be victims of abuse or neglect compared to white children. One of the most overrepresented populations is Alaskan Native children….
We use cookies on our website to give you the most relevant experience by remembering your preferences and repeat visits. By clicking “Accept”, you consent to the use of ALL the cookies. However you may visit Cookie Settings to provide a controlled consent.
Cookie settingsACCEPT
Manage consent