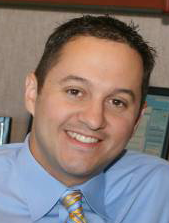 The juvenile justice field has experienced a dramatic shift that recognizes research and science on childhood development. New research on adolescent brain development and the emerging science on youths’ exposure to adverse childhood experiences or trauma has given new outlook on youth behavior.

The juvenile justice field has experienced a dramatic shift that recognizes research and science on childhood development. New research on adolescent brain development and the emerging science on youths’ exposure to adverse childhood experiences or trauma has given new outlook on youth behavior.

Faced with poor outcomes in the juvenile justice arena of high recidivism rates, excessive costs, and harmful results such as dropping out of high school and graduating to the adult criminal justice system, SHF launched PYJI to systematically reform practice and improve outcomes for young people. The PYJI approach is built on four key elements.

PYJI is first focusing on crossover youth—youth with a history of abuse and neglect, a history of involvement in the child welfare system, and current involvement in the juvenile justice system. PYJI believes that all children are valuable assets and deserve to receive the support they need to become healthy and successful adults.

In January, the Center for Health Program Management, with financial support from SHF, The California Endowment, and The California Wellness Foundation, awarded $1.6 million in grants to four California counties to begin implementing the initiative: Alameda, San Diego, San Joaquin and Solano.

San Diego and Solano counties will share their system reforms, prompted by PYJI involvement, at the NCCD Conference on Children, Youth, and Families. From San Diego County, Deputy Chief of Probation Kim Allen will discuss the partnership between the probation department and child welfare with the manager of extended foster care at child welfare, Barry Fox. The discussion will focus on the multidisciplinary approach to developing a youth’s individual achievement plan.

In Solano County, PYJI is led by the Vallejo City Unified School District (VUSD). Dr. Ramona Bishop, VUSD superintendent, will join Solano County Chief Probation Officer Christopher Hansen to describe the importance of educational partnerships in improving outcomes for justice-involved youth. Both presenters will describe the improved and expedited process of a youth moving through the justice system and back into a school with the support of trauma-informed, strengths-based mentors.

For additional information on PYJI and the counties involved, visit http://www.shfcenter.org/positive-youth-justice-initiative.

Matt Cervantes has served as a program officer at SHF since 2008. He manages the foundation’s Youth Pathways to Health programming and grant making, including PYJI, the foundation’s first statewide initiative, which seeks to improve the outcomes of young people involved in the child welfare and juvenile justice systems. He also leads SHF’s Minority Led Organization Capacity Building Program and, more recently, manages the National Dialogue on Mental Health/Creating Community Solutions-Sacramento project. During his time at SHF, he also has supported the groundbreaking Healthy Youth/Healthy Regions study of youth well-being in the nine-county California Capital Region and managed the REACH Youth Development Program.

To hear Cervantes and others present at the NCCD Conference on Children, Youth, and Families in May, click here!