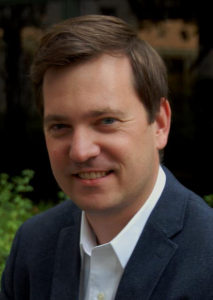 Imagine being the mayor of a large city with pockets of concentrated poverty. You’re being pitched a social program proven to reduce violent crime by 44% among poor high school–aged boys and young men. The cost of the program is $1,100 per participant.1 Would you bite?

Imagine being the mayor of a large city with pockets of concentrated poverty. You’re being pitched a social program proven to reduce violent crime by 44% among poor high school–aged boys and young men. The cost of the program is $1,100 per participant.1 Would you bite?

Scenarios like this play out every day in city halls and state capitols across the country. Public officials weigh maintaining the status quo—remediating problems after they appear—against making investments in programs that could prevent these problems from appearing in the first place. And make no mistake, it is a choice: resources are finite and a dollar spent on supportive housing for the homeless is a dollar not spent, for example, on emergency hospital care. And there are consequences for being wrong: invest in prevention that doesn’t work and risk paying both for the failed program and for the still-needed remediation.

Which is why evidence-based programs are so important.2 But past performance is never quite enough to guarantee future performance (just ask your broker). Evidence-based programs work most of the time—except when they don’t. And no public official wants to explain, especially in the midst of a budget crisis, why they redirected scarce resources to an upstream program that didn’t work. That risk, however small, is enough to keep many public officials committed to programs that address existing problems now (crime, homelessness, child neglect) and out of programs designed to prevent them in the future (mentorship, supportive housing, prenatal education).

The potential benefits of Pay for Success (PFS)—also known as Social Impact Bonds—have been widely, though not universally, heralded: paying for outcomes instead of inputs/outputs, raising the evidence bar for public procurement, scaling programs that work, and spurring social sector innovation.3 But the most important benefit, I believe, is right there in the name: government only pays for success. Thanks to PFS, government never has “to pay twice” and fund failed prevention alongside expensive remediation.

PFS projects involve three main actors: payers for success (government, for the purposes of this essay), service providers (usually a nonprofit), and investors.4 The latter is the key to unlocking public resources for prevention. Investors in PFS projects effectively bear the risk that the program, whatever it happens to be, won’t work. In practice, these investors—which include banks, foundations, wealthy individuals, and other impact investors—agree to fund the prevention program today in exchange for a share of the cost savings that accrue to government in the future. The catch is that the program needs to work. If it doesn’t, government pays nothing and the investor loses the money they invested in the failed program.

This risk transfer is crucial to increasing public sector investment in programs that prevent social problems. It also unlocks enormous financial upside for government: Federal Reserve economists Art Rolnick and Rob Grunewald estimate an $8 net public benefit for every $1 invested in early childhood development;5 the nonprofit Nurse-Family Partnership predicts $2 saved for every $1 spent on high-quality prenatal and maternal care for low-income, first-time mothers;6 and “Becoming a Man,” the program being considered at the outset of this post, projects $30 in savings to the criminal justice system for every $1 spent on the right mix of adult role models, afterschool programs, and cognitive behavioral therapy.7

These prevention programs, and others like them, are ready for public sector investment. Imagine again that you’re the mayor of a large city with pockets of concentrated poverty. Would you take a chance and invest upstream? If you’re like me, evidence helps make the case but a guarantee would be better. PFS can offer that.

Ian Galloway is a senior research associate at the Federal Reserve Bank of San Francisco. Ian publishes and presents on a number of community development topics, including Pay for Success. His article, “Using Pay for Success to Increase Investment in the Nonmedical Determinants of Health,” was published in the November 2014 issue of Health Affairs.

4 Most PFS projects also include an intermediary organization that plays a project management role.

6 Varies by geography. Golden, M. (2014, February 6.) Pay for success financing and population health. Overview of the Field for the Roundtable on Population Health Improvement. Available at http://www.iom.edu/~/media/Files/Activity%20Files/PublicHealth/PopulationHealthImprovementRT/14-FEB-06/Golden%20Megan.pdf