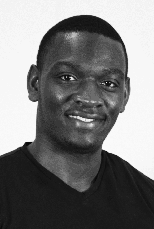 Antron McCullough entered the foster care system while in pre-K. He was adopted at the age of 8, then placed back into the foster care system at age 10, where he remained until he aged out at 18. He went through seven elementary schools. Antron has been featured in numerous newspaper articles and on commercials and has been advocating for youth since the age of 17, even speaking to the Florida Congress about potential changes for normalcy standards for foster youth. Antron now attends Saint Leo University, where he majors in business administration with a specialization in management.


Antron McCullough entered the foster care system while in pre-K. He was adopted at the age of 8, then placed back into the foster care system at age 10, where he remained until he aged out at 18. He went through seven elementary schools. Antron has been featured in numerous newspaper articles and on commercials and has been advocating for youth since the age of 17, even speaking to the Florida Congress about potential changes for normalcy standards for foster youth. Antron now attends Saint Leo University, where he majors in business administration with a specialization in management. He is the recipient of a Dr. Pepper scholarship, has earned a place on the Dean’s List, and has received the prestigious Who’s Who award for being among the top 10% of students at his university. Antron has written a book, which he is working to publish in the near future.

While foster care is an environment that doesn’t normally allow for success, some people might say I’ve been successful; some might even say that I’ve been very successful. Since graduating high school I’ve been in newspapers, featured in the New Jersey ENT Today scholarly news journal and the Saint Leo University magazine, as well as being on national TV in front of millions of viewers for winning a Dr. Pepper scholarship for college. I’ve done media interviews, and shot commercials and photo shoots for Dr. Pepper too.

Despite all my success, there’s still one area that I currently have difficulty with: dating. I had six “girlfriends” in second grade. Some might jump to the conclusion that being a “player” in elementary school is cute. But I recognize that having a natural ability to get girls to like me only worked in my favor until I was a teen.

Looking back, I think the reason I talked with so many girls and flirted a lot was because I wanted to be loved. I’ve never had my biological mom to be there, or call, or visit me; that hurts, and I looked to fill that void with other women.

Through middle school, high school, and now in college, I haven’t dated much. Don’t get me wrong: I was a huge flirt, but I just can’t bring myself to get into a long-term relationship. There was a time when I was known as the guy that could get a girl, and after I got her, I wouldn’t want her anymore; it was just the thrill of the chase for me. Having love and being loved is what I searched for. However, getting women to say yes to dating me, then leaving them two or three weeks later, was my way of covering pain and finding comfort at the same time.

Growing up in the foster care system has made relationships difficult for me. I was placed in foster care, and then adopted by a family that included adopted sisters. Unfortunately, I was placed back into foster care after it was found that my adoptive father was sexually abusing them.

During my senior year of high school I began to date one of the most popular and prettiest girls in the school. My charm had worked its magic and I won her over. Things were going well until the director of the group home I lived at told my girlfriend’s mom to never leave us alone together because I “might have picked up some of the traits of the adopted dad,” insinuating that I might do the same thing to my girlfriend that he had done to my adopted sisters.

I was livid! Here I was, the smartest kid at the place. I participated in sports to keep out of trouble, I was the role model that all the younger and even some of the older teens there looked up to, and I never had to be told to do chores; I always did them on my own. My girl’s mother still thought I was a nice man but became more wary of me, I think. The director never even mentioned that he told me about this. That situation left an emotional and mental scar on me that I don’t think will ever heal.

I don’t flirt with females I come into contact with anymore. I tell at least one person if a female shakes my hand, speaks, or even if they smile at me just to be polite for fear of being accused of sexual harassment or misconduct. I know this isn’t how most young people my age interact with their peers, but my foster care experience has changed the way I view my relationships.

Relationships can be hard on youth in the child welfare system if they haven’t been taught positive behaviors or if they’re continuing to be hurt by those closest to them. Service providers really have the opportunity to support youth in their exploration and education on relationships. Currently, there is not enough done to support foster youth in learning about healthy relationships, or helping them heal from past traumatic experiences that could impact their future relationships.

I believe a lot of youth in foster care are placed in situations where becoming successful is not expected. There is a small percentage of us who are beating the odds and achieving success, but we always seem to hear the negative stories instead of the positive ones.

Creating supportive services for dealing with past trauma and developing relationships is important because sometimes we don’t feel we can trust anyone from always being hurt. In a perfect world, my “player” status as a second-grader would help me today in educating youth to love themselves before being able to love someone else.

Special thanks to Antron for sharing his story and to FosterClub, the national network for young people in care, for introducing us to him.

Antron McCullough entered the foster care system while in pre-K. He was adopted at the age of 8, then placed back into the foster care system at age 10, where he remained until he aged out at 18. He went through seven elementary schools. Antron has been featured in numerous newspaper articles and on commercials…
We use cookies on our website to give you the most relevant experience by remembering your preferences and repeat visits. By clicking “Accept”, you consent to the use of ALL the cookies. However you may visit Cookie Settings to provide a controlled consent.
Cookie settingsACCEPT
Manage consent