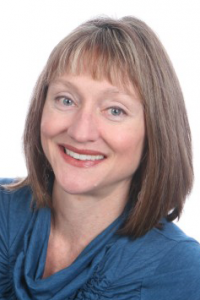 Schoolteachers in the United States do much more than teach academics—classroom management and student discipline are also important components of their job. But how do they decide who to discipline, with what disciplinary tool, and for what reasons? A comprehensive study conducted in Texas found that only 3% of disciplinary actions in the state’s public schools were the result of behaviors requiring suspension or expulsion by state law; the rest were made at the discretion of school officials.


Schoolteachers in the United States do much more than teach academics—classroom management and student discipline are also important components of their job. But how do they decide who to discipline, with what disciplinary tool, and for what reasons? A comprehensive study conducted in Texas found that only 3% of disciplinary actions in the state’s public schools were the result of behaviors requiring suspension or expulsion by state law; the rest were made at the discretion of school officials. The same study found that African American students had a 31% higher likelihood of school disciplinary action than otherwise identical white and Latino(a) students; in addition, nearly 75% of the students who qualified for special education were suspended or expelled at least once.[i]

Closer to the Oakland office of the National Council on Crime and Delinquency (NCCD), a study published in 2012 by the Urban Strategies Council reported that African American males were suspended at a rate more than six times that for white males across the Oakland Unified School District (OUSD). This ratio was closer to nine times higher in the district’s elementary schools; in the high schools, the rate was slightly more than double the rate for white males.[ii]

Mindful of these disparities, which are seen in school systems across the country, NCCD partnered with the Oakland-based W. Haywood Burns Institute (BI) and OUSD to create a structured decision-making matrix for classroom teachers in Oakland.

“The purpose of the matrix was to provide teachers with more equitable and appropriate ways to discipline their students,” explains Aishatu Yusuf, a program associate with NCCD who is working on the project. “Too many kids are being suspended and expelled under the guise of ‘willful defiance.’ Yet willful defiance has an extremely broad definition, leaving teachers and administrators too much disciplinary discretion. With the input of classroom teachers, we wanted to create a decision-making tool to help teachers tailor their discipline response to student behavior.”

Guided by the idea that developing a decision matrix for classroom teachers requires a variety of stakeholders, NCCD and BI convened the OUSD Suspension and Expulsion Reduction Collaboration (SERC). This group consisted of representatives from BI, OUSD administration, and the Alameda County Probation Department; restorative justice representatives; Oakland-area clergy; OUSD teachers and principals; and NCCD staff. They provided input during each step of the development process.

Yusuf understood that NCCD and BI could not create a tool without the help and input of teachers, so she held a focus group with middle school teachers at Frick Middle School in East Oakland. “It was an education event for all who participated,” she said. “I asked the teachers to write down typical things that happen in the classroom and typical disciplinary responses. As there was no ‘right’ or ‘wrong’ answer, the teachers’ responses to similar student behaviors varied in severity—the teachers were even surprised.” Yusuf added that “the goal of the focus group was to better understand what is happening in classrooms, see how teachers are responding, and create a tool that teachers felt would be useful in their classrooms. Through this process, it was clear that most teachers want to teach and want the best outcomes for their students, so they were open to and welcomed the idea of a decision guide.”

At the same time NCCD was creating the decision matrix, OUSD was also participating in a Voluntary Resolution Plan (VRP), ratified by the Oakland Board of Education with the US Department of Education, Office for Civil Rights. The goal of the VRP was to address OUSD’s disproportionate discipline of African American students. Through the plan, OUSD began to implement initiatives and programming to improve outcomes for African American youth. Such programming included Positive Behavioral Interventions and Supports (PBIS), which has a multitude of components aimed at creating effective school-wide disciplinary practices. Yusuf said, “NCCD’s work on the decision matrix did not overlap or conflict with the implementation of PBIS. But due to timing constraints, a district-wide implementation of the NCCD/BI decision matrix did not seem feasible at this time.” Yusuf noted that NCCD plans to pursue use of the matrix with individual schools in the district.

NCCD recognizes that a decision matrix is only one step in addressing the systemic problem of disproportionate discipline in schools. The decision matrix, as Yusuf explained, “is a way to help teachers and students ‘in the moment’ of a classroom discipline matter. However, we understand that in order to impact children and youth in our schools, we must do something broader and create systemic disruption in the current system.” With that understanding, NCCD proposed the idea of a risk and needs assessment in the school system. “We have a lot of support from SERC, the school district, clergy, and other stakeholders in the Oakland area, and we plan to move forward with creating a risk/needs assessment that will improve the system on a larger scale.”

As NCCD continues working in OUSD, juvenile justice and school officials in two North Carolina counties have contacted NCCD to pursue similar work in their areas. North Carolina, much like many US states, has an educational system that is plagued by disproportionate rates of suspensions and expulsions for African American children. The counties that contacted NCCD “have done some great work thus far to improve outcomes for African American youth, and we are excited to join them in their pursuits,” Yusuf said, adding that this project is now in its beginning stages.

These are examples of many projects in the NCCD pipeline to improve education outcomes for youth. “The schools, in some ways, are where children in the child welfare system and the juvenile justice system meet,” Yusuf said. “We have the opportunity to reach kids at a critical point in their development. If NCCD’s educational projects can disrupt the disproportionality of African American and Latino youth being suspended, expelled, and funneled through our juvenile justice system—and instead provide tools that help administrators, teachers, and parents keep kids in classrooms—I am confident we will see a shift in outcomes.”

Debra Illingworth Greene is an Editor at NCCD.

Schoolteachers in the United States do much more than teach academics—classroom management and student discipline are also important components of their job. But how do they decide who to discipline, with what disciplinary tool, and for what reasons? A comprehensive study conducted in Texas found that only 3% of disciplinary actions in the state’s public…
We use cookies on our website to give you the most relevant experience by remembering your preferences and repeat visits. By clicking “Accept”, you consent to the use of ALL the cookies. However you may visit Cookie Settings to provide a controlled consent.
Cookie settingsACCEPT
Manage consent