Our Turn to Dream

Our Turn to Dream 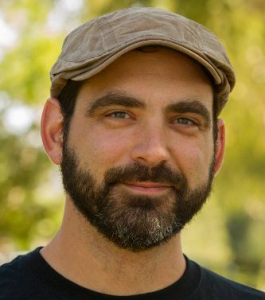 The 50th anniversary of Martin Luther Kings Jr.’s “I Have a Dream” speech was observed in 2013. Our production team at Brave New Films wanted to commemorate the event by doing more than celebrating the victories of the past: Our goal was to show that the same struggles for civil rights continue today, as people of color are swept up in America’s system of mass incarceration at alarming rates.


The 50th anniversary of Martin Luther Kings Jr.’s “I Have a Dream” speech was observed in 2013. Our production team at Brave New Films wanted to commemorate the event by doing more than celebrating the victories of the past: Our goal was to show that the same struggles for civil rights continue today, as people of color are swept up in America’s system of mass incarceration at alarming rates. Our Turn to Dream is a short documentary that tells the story of one family in southern Alabama who is part of the new movement fighting back.

Before the civil rights era, African Americans went about their daily lives in near constant danger. In some places, if they looked at or spoke to a white person, they could be harassed, arrested, or worse. If they tried to vote, they were intimidated. They were denied jobs and confined to poverty. In court, when they looked out at their “jury of peers,” 12 white faces stared back at them.

Each year on the anniversary of the “I Have a Dream” speech, we reflect on it as the moment when everything changed—for equal rights, for African Americans, and for our country. It was delivered at a turning point in the civil rights movement, after which many victories followed. The old system of Jim Crow laws crumbled. It seemed as if America could live up to the ideals in the Declaration of Independence that King quoted in his speech.

That changed when our country’s war on drugs began targeting communities of color in the late 1970s and 1980s. Formerly incarcerated people, disproportionately black men, once again began losing their voting rights and their access to jobs, education, and housing, long after they paid their debt to society. Our new system of mass incarceration is what author and scholar Michelle Alexander calls The New Jim Crow, which is also the title of her influential book that helped inspire this film. Now, 50 years after “I Have a Dream,” black men have a one-in-three chance of going to prison in their lifetimes. For a white man, the chance is one out of 17.

Reverend Kenneth Glasgow of Dothan, Alabama, became the subject of our film because his family’s story mirrors the changing struggle. Rev. Glasgow’s connection to the civil rights movement is strong. His half-brother is the civil rights icon, Reverend Al Sharpton, who spoke at last year’s anniversary celebration in Washington, DC, and his father participated in the original March on Washington. Rev. Glasgow saw mass incarceration in his community firsthand and was determined to change things in his neighborhood, little by little.

That neighborhood, known as “the Baptist Bottom,” became a character in and of itself as we began to put together the film. Its overgrown front yards, graffiti, and deteriorating paint jobs made the neighborhood feel like it was constantly under attack. It felt as though the neighborhood itself was a casualty of the war on drugs. Our crew spent a week there, meeting the community helped by Rev. Glasgow’s Ordinary People Society, many of them formerly incarcerated. We witnessed the community accessing the food, clothes, and household items that are made available by his charity. We even got to witness three generations of his family singing and playing music together.

The most inspiring part to us was that Rev. Glasgow’s work stretches beyond his own community. He partnered with other groups to help reform legislation in Alabama, Georgia, and Florida. Like the civil rights movement, it’s not just about helping the people affected by the system, but changing the system itself.

Now, that work is being passed down to his son and daughter. The movement is spreading. Formerly incarcerated people are coming out of the shadows to speak up. Governments are slowly responding by reforming sentencing laws, restoring some felons’ voting rights, and trying to shut down the school-to-prison pipeline, which ensnares so many young people. Our work has and will continue to tell the stories of that struggle. Our hope is that audiences will themselves be inspired to carry on the work to curb mass incarceration.

A graduate of the filmmaking program at the University of North Carolina School of the Arts, Jordan Melograna has been producing, shooting, and editing video content for the last decade, with a focus on nonprofit and advocacy media. He joined Brave New Films in 2012, first serving as the lead editor and supervising producer of the Beyond Bars campaign. He served as the producer and editor of Law & Disorder, winner of the 2013 Media for a Just Society video award. He also directed and produced Redemption of the Prosecutor, a short documentary, and served as a producer and editor for the award-winning series “Prison Profiteers.” In 2014, Melograna took on the role of content director for Brave New Films, overseeing all video and web content production across multiple campaigns and issues, including mass incarceration, drug law reform, immigration reform, workers’ right, living wage, and more.

The 50th anniversary of Martin Luther Kings Jr.’s “I Have a Dream” speech was observed in 2013. Our production team at Brave New Films wanted to commemorate the event by doing more than celebrating the victories of the past: Our goal was to show that the same struggles for civil rights continue today, as people…
We use cookies on our website to give you the most relevant experience by remembering your preferences and repeat visits. By clicking “Accept”, you consent to the use of ALL the cookies. However you may visit Cookie Settings to provide a controlled consent.
Cookie settingsACCEPT
Manage consent