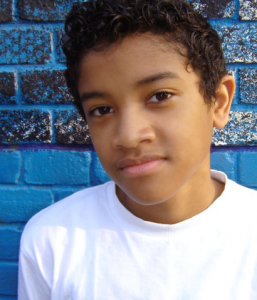 To prevent youth in the child welfare system from becoming involved in the juvenile justice system, NCCD and the Los Angeles County Department of Children and Family Services (DCFS) partnered to develop an actuarial screening assessment.


To prevent youth in the child welfare system from becoming involved in the juvenile justice system, NCCD and the Los Angeles County Department of Children and Family Services (DCFS) partnered to develop an actuarial screening assessment. A new report from NCCD outlines how Los Angeles County used the assessment to classify youth by their likelihood of subsequent juvenile justice involvement, enabling the county to focus prevention service programming on youth at highest risk of dual-system involvement.

The screening assessment helps workers gather information such as child demographics; prior child protective services history; and a variety of child and family needs, including educational performance, substance abuse, and mental health. An automated program analyzes these data and issues an email alert to workers when a youth is identified as being more likely than average to become involved in the juvenile justice system. A worker can then connect the youth with prevention services such as mental health treatment, youth development, or educational services.

NCCD found that youth who received such prevention services had lower rates of juvenile justice involvement than those who did not; however, these findings are considered preliminary due to data limitations.

The Los Angeles County Board of Supervisors supported the Delinquency Prevention Pilot Project via a Board Motion. The new report was funded with support from the Center for Juvenile Justice Reform (CJJR) at Georgetown University’s McCourt School of Public Policy through a grant from the Conrad N. Hilton Foundation.

“CJJR has worked to support Los Angeles County in the implementation and improvement of multi-system reform efforts,“ said Shay Bilchik, founder and director of CJJR. “The screening assessment further supports our efforts to enable information sharing across agencies and reduce the number of youth in Los Angeles who are involved in both the juvenile justice and child welfare systems.”

Since 2008, CJJR has supported DCFS’s efforts to improve the outcomes and experiences of youth who are known to both systems of care by providing leadership training at Georgetown University and onsite and distance technical assistance through the Crossover Youth Practice Model.

Highlights of the study and the full report can be found on NCCD’s website.