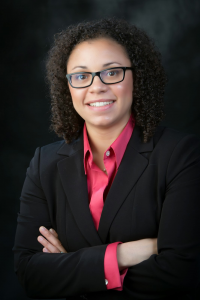 As policy director for the Campaign for Youth Justice, Carmen Daugherty assists both state-based organizations and national partners in developing policy goals related to criminal justice reform. In 2008, Carmen was appointed to the DC Mayor’s Juvenile Justice Advisory Group, where she works with city stakeholders to provide recommendations on district compliance with the Juvenile Justice Delinquency Prevention Act.

As policy director for the Campaign for Youth Justice, Carmen Daugherty assists both state-based organizations and national partners in developing policy goals related to criminal justice reform. In 2008, Carmen was appointed to the DC Mayor’s Juvenile Justice Advisory Group, where she works with city stakeholders to provide recommendations on district compliance with the Juvenile Justice Delinquency Prevention Act.

In the Campaign for Youth Justice’s (CFYJ) newest report, State Trends—Legislative Victories from 2011–2013: Removing Youth from the Adult Criminal Justice System, 23 states are celebrated for enacting 40 pieces of legislation to remove youth from the adult system. The report captures four ongoing trends across the country.

Incarcerating youth in adult jails and prisons is the most expensive option that unfailingly produces the worst results. With an estimated 250,000 youth under 18 prosecuted, sentenced, and incarcerated in the adult system each year, and a staggering 100,000 held in adult jails and prisons each year, this report highlights the efforts of many states to change those numbers.

States were able to move forward in reform efforts through sound research and data. The US Department of Justice, the Centers for Disease Control and Prevention, and the Brookings Institute have all issued reports over the past few years showing that transfer does not work to reduce juvenile crime. Additionally, the recidivism research, showing that youth are more likely to reoffend when prosecuted in adult criminal court, has played a key role in understanding how public safety is affected when kids are prosecuted as adults. Armed with this data and research, bipartisan policy makers from all regions of the country enacted laws that reflect what we all know—kids are different and should have a fair chance at rehabilitation.

The October 10 release of this report coincides with Youth Justice Awareness Month (YJAM), when state and local advocates all over the country hold events to bring awareness to the injustice of prosecuting and incarcerating children as adults. We hope that the victories documented in State Trends inspire advocates and policymakers in those states not highlighted in the report (such as Florida, New York, Michigan, Wisconsin, North Carolina, and Louisiana) to take action and see the importance of enacting laws that protect children. Not surprisingly, many of the “absent” states are holding YJAM events to begin those conversations with stakeholders, communities, and policymakers.

The successes over the past eight years are a testament to what can happen when advocates, families, youth, and policymakers work together to do what is right. As the trends continue, CFYJ looks forward to documenting the next wave of reforms in the coming years.

As policy director for the Campaign for Youth Justice, Carmen Daugherty assists both state-based organizations and national partners in developing policy goals related to criminal justice reform. In 2008, Carmen was appointed to the DC Mayor’s Juvenile Justice Advisory Group, where she works with city stakeholders to provide recommendations on district compliance with the Juvenile…
We use cookies on our website to give you the most relevant experience by remembering your preferences and repeat visits. By clicking “Accept”, you consent to the use of ALL the cookies. However you may visit Cookie Settings to provide a controlled consent.
Cookie settingsACCEPT
Manage consent