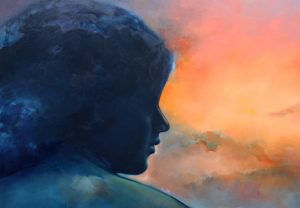 As a longtime youth worker, Ryan Berg knows about health disparities among marginalized youth. As an award-winning author, Berg also knows how to tell a story.

During the month of September, NCCD is honored to share “Caridad’s Journey,” Berg’s essay about reconnecting with an individual he worked with in a foster care group home a decade ago. Caridad is now a gravely ill adult, and while Berg is unable to prove that her illness was directly caused by her traumatic childhood, he explains the science behind researchers’ claims that exposure to adversity affects the still-developing brains and bodies of children, leading to lifelong health problems.

“For direct-service youth workers, it is no secret that system-involved youth are at greater risk of developing mental illness, suicidal ideation, and complex medical conditions,” Berg said. “But with recent developments made in neuroscience, the assumptions youth workers have long held are being confirmed. Trauma is not something one simply ‘gets over.’ The toxic stress produced by adversity lives in the body, rewires our DNA, and can affect behavior, choices, and disrupt a child’s developmental trajectory and affect physiology.”

In addition to being a writer, Berg is an activist and program manager for the ConneQT Host Home Program of Avenues for Homeless Youth in Minneapolis/St. Paul, Minnesota. He received the 2016 Media for a Just Society Award and the 2016 Minnesota Book Award in General Nonfiction for his debut book, No House to Call My Home: Love, Family and Other Transgressions, which was also listed as a Top 10 LGBTQ Book of 2016 by the American Library Association.

“Caridad’s Journey” will appear as a series of seven blog posts, to be published during the next four weeks on the NCCD blog.

Read the posts in this series here:

​Sources used by Berg to write this series include the following.

Nakazawa, D. J. (2016). Childhood disrupted: How your biography becomes your biology; and how you can heal. Atria Books, Reprint Edition.

As a longtime youth worker, Ryan Berg knows about health disparities among marginalized youth. As an award-winning author, Berg also knows how to tell a story. During the month of September, NCCD is honored to share “Caridad’s Journey,” Berg’s essay about reconnecting with an individual he worked with in a foster care group home a…
We use cookies on our website to give you the most relevant experience by remembering your preferences and repeat visits. By clicking “Accept”, you consent to the use of ALL the cookies. However you may visit Cookie Settings to provide a controlled consent.
Cookie settingsACCEPT
Manage consent