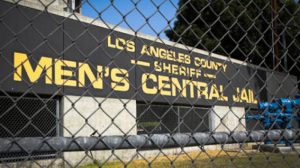 After decades of unnecessary, excessive force by Los Angeles County deputy sheriffs within their jails, the system is in the spotlight. System reform began a year ago under the leadership of County Sheriff Lee Baca, but much more work is needed. To enable comprehensive, long-term change, the spotlight now shines even brighter with the recent release of the final report of the Citizens’ Commission on Jail Violence (CCJV).

After decades of unnecessary, excessive force by Los Angeles County deputy sheriffs within their jails, the system is in the spotlight. System reform began a year ago under the leadership of County Sheriff Lee Baca, but much more work is needed. To enable comprehensive, long-term change, the spotlight now shines even brighter with the recent release of the final report of the Citizens’ Commission on Jail Violence (CCJV).

Alex Busansky, president of NCCD, is one of seven commission members. Their mandate: To conduct a review of the nature, depth, and cause of the problem of inappropriate deputy use of force in the largest county jail system in the United States, and to recommend corrective action as necessary.

With the help of pro bono attorneys from some of the most respected law firms in Los Angeles, the commission spent many months conducting a thorough investigation of the Los Angeles County jail system and the Los Angeles County Sheriff’s Department (LASD), which runs it. This work culminated in a 194-page report describing the historic pattern of unreasonable force in system jails and the litany of past recommendations from other oversight groups and experts that were ignored. The report offers dozens of recommendations in the areas of management, culture, personnel, discipline, and oversight.

Upon the September release of the report, Busansky took strong issue with Baca’s description of LA County jails as a model system, saying, “What I and this commission have seen is not the best in the nation. It is a jail system in desperate need of real leadership, accountability, and honesty about the dangerous culture that now dominates the jail system.”

Baca says he plans to implement all of the report’s recommendations for reform. “I couldn’t have written them better myself,” he said .”We will be a stronger and safer jail.”

In its report, the CCJV recommends:

Stronger and safer jails make for stronger and safer communities, as the system does not exist within a vacuum—what happens inside jails spills outside and affects the population as a whole. Because of this—and NCCD’s mission to improve all social systems—Busansky urges Los Angeles’ government and community leaders to continue their work toward reform. “I hope that in the months and years ahead the work of this commission and others working toward real reform of the sheriff’s department will not drift into oblivion, but that the spotlight will remain on and bright.”

For another perspective on the use of force in correctional facilities—the idea of “appropriate use of force”—click here. This guest blog was written for NCCD by Jeffrey A. Schwartz, PhD, a California-based corrections expert who provided testimony to the commission. Schwartz is president of LETRA, Inc., a criminal justice training and consulting organization, and has worked with law enforcement and correctional agencies across the United States and Canada for more than 30 years. Schwartz has developed use-of-force policies and training curricula, investigated use-of-force situations, published articles on the topic, and served as an expert witness in a variety of use-of-force cases.

The release of the commission’s report and Busansky’s remarks were covered by media outlets including the LA Times, NPR, the Huffington Post, and the Wall Street Journal.

The Los Angeles County Board of Supervisors recognized Busansky and the rest of the commission members at a presentation on November 13th at the Kenneth Hahn Hall of Administration in Los Angeles.

More information on the report and the commission is available at the CCJV website. Click here to read a guest blog by the commission’s Executive Director, Miriam Aroni Krinsky, a national policy consultant on youth violence prevention and juvenile justice issues. Ms. Krinsky has testified before national and state legislative, governmental, and judicial bodies; authored more than 50 articles; and lectured nationwide on criminal trial and appellate law, foster care, juvenile justice, and sentencing issues.

Erin Hanusa is the Senior Communications Manager at NCCD. Debra Illingworth Greene is an Editor at NCCD.

After decades of unnecessary, excessive force by Los Angeles County deputy sheriffs within their jails, the system is in the spotlight. System reform began a year ago under the leadership of County Sheriff Lee Baca, but much more work is needed. To enable comprehensive, long-term change, the spotlight now shines even brighter with the recent…
We use cookies on our website to give you the most relevant experience by remembering your preferences and repeat visits. By clicking “Accept”, you consent to the use of ALL the cookies. However you may visit Cookie Settings to provide a controlled consent.
Cookie settingsACCEPT
Manage consent