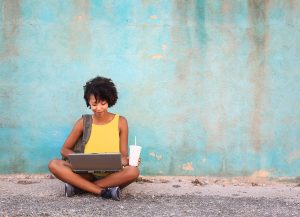 Yes—more voices generally should bring a greater diversity of stories, viewpoints, and perspectives to light. At the same time, it can be hard to discern the voices with the most integrity and robust research behind their stories. Accessible, fact-based media that inspire readers or viewers to action is an important service. Those with the power to shape public understanding must do so thoughtfully and truthfully, with the intention of the greatest good.

With its Media for a Just Society Awards, NCCD works to bring ethical and compelling voices out of the “noise.” These awards honor those who create media that further social change in the areas of criminal justice, juvenile justice, child welfare, and adult protection. We recognize filmmakers, writers, journalists, and others who help explain complex social issues through outstanding portrayals of the systems NCCD works in and the people whose lives they touch.

NCCD staff chose this year’s finalists in six categories: book, film, TV/video, radio, print/online journalism, and youth media. We will announce the winners later this fall, along with the winner of our Distinguished Achievement Award, who was chosen by a panel of guest judges.

Over the next several weeks, we will feature blog posts by our finalists about their work and the stories they want us to hear. Come back often to hear from the voices that deserve our time and attention.

Congratulations to the 2017 Media for a Just Society Award Finalists for the important work they do to create the just and equitable society we all deserve!

Read the posts in this series here:

Beyond the Wall, by Jenny Philips

On the Outs: Reentry for Inmates with Disabilities, by Jordan Melograna

The Short, Wonderful, but Ultimately Tragic Life of Lena Bruce, by Phillip Martin

Who Guards the Guardians? by Patrick Michels

After Orange: Women and Reentry in New Haven, by Isabelle Taft