My History With the Central Park Five

My History With the Central Park Five 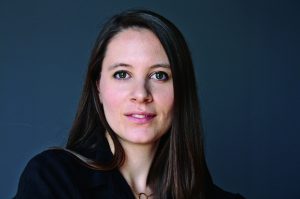 I first learned about the Central Park Five case in 2003. When the Central Park Jogger rape happened, in April of 1989, I was only six years old and living in rural New Hampshire, so I was oblivious to the story that was grabbing headlines in New York City and everywhere else. But in the summer of 2003, I took a job working for a small civil rights law firm that was getting involved in the civil suit and learned about the case for the first time.


I first learned about the Central Park Five case in 2003. When the Central Park Jogger rape happened, in April of 1989, I was only six years old and living in rural New Hampshire, so I was oblivious to the story that was grabbing headlines in New York City and everywhere else. But in the summer of 2003, I took a job working for a small civil rights law firm that was getting involved in the civil suit and learned about the case for the first time. The convictions of the Five had been vacated the previous December after the real perpetrator had come forward, and the men were just beginning to try to put their lives back together. I had the chance to meet Raymond Santana and Kevin Richardson, briefly, when they sat down for a meeting with the firm’s paralegal.

I was about to be a senior in college, and I knew that I wanted to write my senior essay that fall about 20th century African American history, but I didn’t know what my topic would be. The Central Park Five case fascinated me, and it also gave me a chance to analyze the context, to learn about what was going on in New York City in the 1980s that created the atmosphere in which this miscarriage of justice had taken place.

In the fall, I dove into the research, spending hours at the library searching through microfilm of New York City newspapers. I ended up writing my senior essay about the racism in the media coverage of the Central Park Jogger case, noting the frequent animal references and imagery that were used to describe the five suspects, and exploring the historical context for that racist language. I loved working on the paper. The story had captured my interest, and it seemed that the media coverage was just one tiny portion of the story.

Two years later, I decided to find out more, to attempt to write a book about the case that would allow me to tell the whole story and would give me a chance to explore other facets of the case, like interrogation methods and how they can lead to false confessions. I spent five years researching and writing, figuring out how to be a journalist and interview people. I began to get to know Raymond, Kevin, Yusef Salaam, Korey Wise and Antron McCray as I interviewed them, and my interest in the story became more about the human side, rather than as an academic analyzing the language in the newspapers.

As soon as I started to work on the book, we (my co-directors David McMahon and Ken Burns) decided that we had to make a documentary as well. We wanted to reach a broader audience, and we knew that being able to use images and sound would help us to paint a portrait of New York City. Most importantly, the medium of film gave us the opportunity to interview the Central Park Five and their families, allowing their voices to be part of the story, so that the audience could better understand the human toll of a wrongful conviction.

The five men were the first to see the film when it was completed in early 2012, and we began showing it to public audiences with a screening at the Cannes Film Festival in May 2012. But an even more significant moment came in September, when Raymond attended the Toronto Film Festival with us, and for the first time he sat with an audience of strangers while the film played. There were about 500 people in attendance, and when the film ended and we introduced Raymond, they gave him a rousing standing ovation. He was so moved that he couldn’t speak at first, but he composed himself and began taking questions from the very emotional audience.

Since then, we’ve had hundreds of screenings across the country, and we’ve made a point to invite the Central Park Five along whenever possible. Truly the greatest part of the experience of making this film has been to witness the interactions between audiences and the five men. When people sit for two hours and learn their story in the film and can then talk to them, ask questions and respond with their own experiences, something really extraordinary happens. When we had a screening at the DOC NYC film festival in the fall of 2012, all five of the men attended. Even Antron, who had been too private and shy to show his face in the film, flew back to New York to participate in the Q&A. For the first time since they were arraigned, the five stood together. I doubt there was a dry eye in the house. I know mine weren’t.

The reach of these conversations has been incredible. We’ve traveled across the country and outside of it. Members of the Central Park Five have spoken at law schools and high schools, churches and community organizations, at film festivals and in movie theaters. And just a few months ago, Korey and Raymond joined us for an unforgettable day in Maryland, when we visited a men’s and a women’s prison and spoke with the prisoners who are participating in the Goucher College Prison Education Partnership.

While I was writing the book and we were working on the film, the Central Park Five were willing participants but were still skeptical, understandably careful about letting their guard down and trusting people. But as we’ve gone out and shared their story with audiences, I have watched them become more confident in their voices and seen them grow as they learn the power of their experience for others. I think they would all say that telling their stories, however difficult, is therapeutic for them. I am in awe of their dignity, grace and fortitude in the face of unimaginable hardship and pain, and am forever grateful to them for so generously sharing their lives with all of us.

Sarah Burns is the author of The Central Park Five: A Chronicle of a City Wilding (Knopf, 2011) and, along with David McMahon and Ken Burns, the producer, writer and director of the documentary The Central Park Five, which premiered at the Cannes Film Festival in 2012. She is currently working on a film about the life and times of Jackie Robinson. This blog post was originally published by The Innocence Project.

I first learned about the Central Park Five case in 2003. When the Central Park Jogger rape happened, in April of 1989, I was only six years old and living in rural New Hampshire, so I was oblivious to the story that was grabbing headlines in New York City and everywhere else. But in the…
We use cookies on our website to give you the most relevant experience by remembering your preferences and repeat visits. By clicking “Accept”, you consent to the use of ALL the cookies. However you may visit Cookie Settings to provide a controlled consent.
Cookie settingsACCEPT
Manage consent