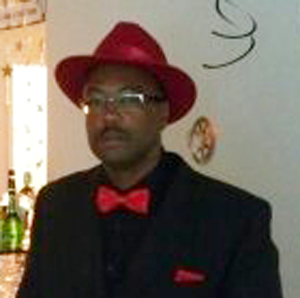 Last month, for the first time as a free man, I celebrated my daughter’s birthday with her. Zakiya is 21 years old, a beautiful and intelligent young woman. All of my family says she looks just like me, which makes me smile every time I hear it.

Last month, for the first time as a free man, I celebrated my daughter’s birthday with her. Zakiya is 21 years old, a beautiful and intelligent young woman. All of my family says she looks just like me, which makes me smile every time I hear it.

Her birthday was on a Wednesday, but we spent five days celebrating. I had recently started working and I was able to take my daughter and her niece to get their hair done. Another day, we went to the mall and I bought Zakiya some new clothes. I treated her family to dinner at a nice restaurant and got her a strawberry birthday cake (her favorite kind). On the weekend, we all hung out at the Berkeley Marina and then my daughter and I went to the movies. I was glad to share all of that time with Zakiya. And it felt good to be able to spend money on her. Legal money.

I was in prison for almost 32 years. I was one of the first juveniles sentenced as an adult in California and I came of age as a man behind prison walls. In my youth, I was a gang member; I was involved in a lot of negative activity and it continued for a long time even after I was incarcerated. I did many things that I profoundly regret. But when my daughter was born, my life began to change.

Zakiya was born in 1992. I met and married her mother, Wanda, in the eighth year of my incarceration, and even though the marriage eventually ended in divorce, my relationship with my daughter has been one of the greatest blessings of my life. Before she was born, and when she was still a baby, I was acting in ways that were selfish and irresponsible. But my daughter showed me that I had to change. She made me want to change. And the changes I made to be a better father ultimately helped me get out of prison. Starting from when Zakiya was just a few weeks old, her mother would regularly bring her to see me, and I played with my daughter in the visiting room and in the family trailers, watching her grow and develop and feeling so much pride in this smart, curious, pretty, little brown-skinned girl who loved Sesame Street and eating fruit from her daddy’s fingers. But I was still stuck in my old ways. When Kiya was about 18 months old, I had two “dirty” tests for smoking weed.

I lost my contact visits, which meant that when Wanda and Kiya came to see me, they couldn’t touch me; we had to talk using a telephone, behind thick glass. Kiya was just a toddler but she was big enough to stand up on the counter and put her hand on the window, trying to feel my fingers, trying to get the hug we always shared. The look on her face was quizzical and then strained. She couldn’t understand why her daddy would not hold her, why she couldn’t wrap her arms around my neck. She cried. I sat there, watching my daughter in distress because of choices I had made, and something turned around inside of me. I realized I was hurting her. I didn’t want to do that. I understood that my actions were affecting her.

After that, I began to seek out ways to prove to myself and to my daughter that I was capable of being another kind of man. I signed up for just about every educational and anti-recidivism program available. I began studying for a college degree and I started sending the little bit of money I made through my PIA (Prison Industries) job or from the sale of my woodwork and ceramics to help pay for what Zakiya needed. It wasn’t much, but it was my way of showing that I was determined to do what I could to be a good father, to be responsible. I also started writing to my daughter when she was three years old and I kept writing to her, once a week, until I was finally released 18 years later.

I was paroled from prison in November 2012 and since then my daughter and I have developed a deeper relationship. My baby girl is a grown woman now. I’m getting to know her and she’s getting to know me too. I am happy to be on the other side of the walls. I am happy to be able to be a father. I’m not just “doing me” out here in the streets. I have to help her too. And I like that.

Shortly after I got out, my girlfriend, Rachel, and I took Zakiya to the movies. Rachel asked my daughter how it felt to have her daddy home after so much time. “It feels good,” Kiya said. “Real good.” She told me that she had thought I would never come home. Her whole life, she only knew me behind bars, she only saw me at the prison, and our only contact was letters and occasional phone calls. I am originally from Compton and I always assumed I would return to Southern California whenever I was released from prison. But the parole board insisted differently. When my daughter’s grandmother found out I would be paroling to Oakland, she said to me, “That’s good. Zakiya needs you.” What I didn’t say, but what I felt in my heart was, “I need her too.”

My advice to incarcerated fathers is, “Never give up.” Keep the communication open as best you can. Write to your children. It might be ten years before they will write back to you. But keep writing; that way they’ll know they can contact you whenever they want to.

This year, Zakiya gave me a Father’s Day card that began, “I’ve always loved you, but now I appreciate you in a whole new way.” I carry it with me and I’m glad to be able to thank her and tell her, with no bars or glass or guards between us, “I love you too, baby girl.”

Nate Williams spent 31 years in the California prison system. During the decades he spent in prison, as he changed the direction of his life, Williams was consistently recognized as a strong, positive role model among the inmate population—adept at diffusing conflicts and regularly encouraging younger inmates to focus on education, self-reflection, restorative interaction with the outside community, and alternatives to violence within the prison context. Williams has spoken to a wide variety of professional and youth audiences about issues related to youth development, restorative justice and community reentry.

Last month, for the first time as a free man, I celebrated my daughter’s birthday with her. Zakiya is 21 years old, a beautiful and intelligent young woman. All of my family says she looks just like me, which makes me smile every time I hear it. Last month, for the first time as a…
We use cookies on our website to give you the most relevant experience by remembering your preferences and repeat visits. By clicking “Accept”, you consent to the use of ALL the cookies. However you may visit Cookie Settings to provide a controlled consent.
Cookie settingsACCEPT
Manage consent