Moving Beyond an N of 1

Moving Beyond an N of 1 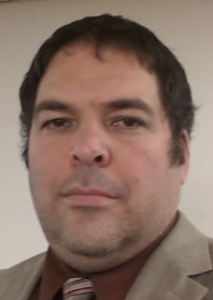 Eight years ago, I attended a conference whose keynote speaker was a 17-year-old whose life was changed forever due to the program he had completed. By the end of the presentation those attending were in tears. The young man was from a broken home, had been in foster care for four years, started using drugs with his mom at age 9, and by 16 was a hardcore drug user. He told the audience that the only thing that saved his life was being placed in the residential treatment program. The reality is that this client’s story was extremely powerful, but not very telling.


Eight years ago, I attended a conference whose keynote speaker was a 17-year-old whose life was changed forever due to the program he had completed. By the end of the presentation those attending were in tears. The young man was from a broken home, had been in foster care for four years, started using drugs with his mom at age 9, and by 16 was a hardcore drug user. He told the audience that the only thing that saved his life was being placed in the residential treatment program. The reality is that this client’s story was extremely powerful, but not very telling. In fact, at the end of the three-year evaluation period, the program this young man attended was found to increase recidivism by 20 percent.

The problem that the juvenile justice system has had since its inception is driven by the desire to do good—not necessarily by the data. The assumption has always been that with good intentions come positive outcomes. The fact is many well-intentioned programs have no effect or, worse, actually increase recidivism. Boot camps, scared straight programs, wilderness camps, DARE, and drug education groups are just a few examples of programs that 10 years ago had strong support but have gone by the wayside as we learn more about the effectiveness of programs. In fact, you do not have to look any further than Ohio’s Department of Youth Services (DYS) to see how a systematic approach to data, studies, evidence-based practices, and difficult funding decisions has significantly impacted the landscape of the juvenile justice system.

In 1992, there were more than 2,600 youth placed in state-operated juvenile justice facilities in Ohio. Fast forward 22 years and there are now only 500 youth housed in similar facilities. While there were many contributing factors, one consistent factor was the willingness to use data to help guide decisions. In 2005, the University of Cincinnati completed a three-year study on the impact that RECLAIM had on the juveniles who were kept locally to receive services as well as those youth committed to community correctional facilities and DYS. Edward Latessa and Christopher Lowenkamp found overall support for the risk principle—lower-risk youth were better off served in the community and placing them in confined settings actually made them worse, while high- and very high-risk youth were better served in structured environments. While many studies have similar findings, very few have impacted the field as much as the 2005 Reasonable and Equitable Community and Local Alternatives to the Incarceration of Minors (RECLAIM) report. That is because Linda Modry, a deputy director for DYS, made sure that all stakeholders across the state understood what these findings meant and why it was important to keep young people in the community. They held conferences, trained staff, traveled to juvenile courts, published reports, and targeted funding to help juvenile courts understand the impact that violating the risk principle has on the youth being served.

But they did not stop there. They realized that for the state to really embrace these concepts and make a difference in the lives of youth, they needed to move the field ahead even further. They adopted the Ohio Youth Assessment System and began supporting statewide training so that juvenile courts could assess every youth and make more informed decisions.

In concert with the risk assessment, DYS began looking at data regarding placement rates. Using these data, they recognized a growing trend—60% of youth placed in DYS came from one of five counties, while the other 40% of youth placed in DYS were from the other 83 courts. With data in hand, they went to key stakeholders and developed a funding stream called Targeted RECLAIM. Here, the state approached the five highest contributors to the DYS population and invested in the counties to deliver evidence-based interventions to drive down the commitment rates from these counties.

Wildly successful, this funding stream has now been expanded to the 13 highest contributors to the DYS population, driving the population to fewer than 500 youth. The reality is none of these changes would have happened if not for data and the willingness of a few key stakeholders to continue to push the data in front of judges, juvenile courts, legislators, and other key stakeholders in an effort to best serve the young people of Ohio. Today, Ohio has moved well beyond an N of 1 state to one that supports data-driven decisions and does what is best for young people who happen to find their way into the juvenile justice system.

Dr. Brian Lovins is the assistant director for Harris County Community Supervision and Corrections Department. Prior to this, his work at the University of Cincinnati, School of Criminal Justice included developing a statewide juvenile risk assessment (Ohio Youth Assessment System) and adult risk assessment (Ohio Risk Assessment System), as well as redesigning juvenile and adult correctional programs to meet evidence-based standards. Dr. Lovins has been invited to present to more than 150 agencies and routinely trains agencies in the principles of effective intervention, risk assessment, and the delivery of cognitive-behavioral interventions. Dr. Lovins has recently received the Dr. Simon Dinitz Award for his work and dedication in helping correctional agencies adopt evidence-based programs. In addition, he has published articles on risk assessment, sexual offenders, cognitive-behavioral interventions, and drug courts.

Eight years ago, I attended a conference whose keynote speaker was a 17-year-old whose life was changed forever due to the program he had completed. By the end of the presentation those attending were in tears. The young man was from a broken home, had been in foster care for four years, started using drugs…
We use cookies on our website to give you the most relevant experience by remembering your preferences and repeat visits. By clicking “Accept”, you consent to the use of ALL the cookies. However you may visit Cookie Settings to provide a controlled consent.
Cookie settingsACCEPT
Manage consent