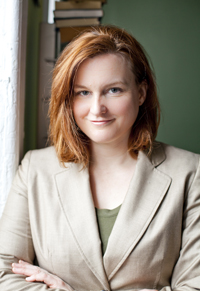 Guest blogger Caitlin Johnson is a Brooklyn-based writer and co-founder of SparkAction, a journalism and advocacy site spotlighting challenges and solutions to improve the lives of children and youth.

Guest blogger Caitlin Johnson is a Brooklyn-based writer and co-founder of SparkAction, a journalism and advocacy site spotlighting challenges and solutions to improve the lives of children and youth.

Across the country and right here in New York City, a movement is taking shape that has the power to transform the way we think about gun violence in schools.

That is, if the rest of us can shut up and listen for a moment.

We’ve heard from Wayne LaPierre about his “good guys with guns” plan to put armed guards in every school; Barbara Boxer (D-CA) has made headlines with her Save Our Schools bill that allows governors to deploy National Guard troops at schools. In cities and state houses across the country, leaders have leaned into mics to share their plans to prevent another tragedy like Aurora or Newtown.

But unless we listen to students themselves, especially students of color, these fixes could inadvertently do more harm than good, criminalizing entire populations of young people and making some schools feel more like prisons than safe places to explore possibilities and prepare for a strong future.

“You Can’t Build Peace with a Piece,” no matter who you are: that was the message behind the April Fool’s National Week of Action, organized by students and young people across the country to counter “foolish” proposals with specific policy solutions that they say will make their schools and their peers safer.

“No one wants the violence to stop more than we do. But we have also seen how attempts to build public safety with security systems, armed police and prisons have failed. We want college prep, not prison prep,” the youth-produced Statement on Schools Safety & Gun Violence begins.

National organizations like the New York City-based Dignity in Schools and the Advancement Project lent support, but the local actions and the statement were the genuine product of students across the nation working together, drawing on their own experiences and insights.

They’re right to be concerned: Research from the GAO and others indicates that the single biggest impact of putting more police in schools isn’t a drop in violence, but rather a dramatic rise in school-based arrests. The vast majority of these arrests are for discretionary offenses like disobeying dress codes or failing to carry ID, not serious violence or threats—and students of color, LGBTQ youth and students with disabilities are disproportionately on the receiving end.

Those aren’t the kind of results we adults want to see.

Nor, presumably, is this: “In middle school, the K-9 police patrol regularly did sweeps in class,” says Julio Marquez, 20, one of the youth organizers. “It makes you feel like a prisoner. The stress is almost like some sort of PTSD after a while.”

These young people are living the reality that we adults are debating, and it’s their generation who in a few short years will be responsible for this country. It’s time we gave serious consideration to their policy alternatives, among them: less money for metal detectors and surveillance cameras, more for youth centers and after-school programs with specific structures. Fewer armed guards, more guidance counselors and peacebuilders, and free transit passes for students to get from school to work and after-school. Topping the list: End Zero Tolerance and rules that make “willful defiance” an offense punishable by expulsion.

We have decades of research behind us and fresh and first-hand ideas in front of us. Surely we can craft better policies that won’t risk further harm to the very people we’re trying to protect. So are we ready to listen?

This piece is reprinted with permission of City Limits.