More Harm Than Good: In Support of Eliminating the Use of Secure Confinement for Non-Delinquent Youth

More Harm Than Good: In Support of Eliminating the Use of Secure Confinement for Non-Delinquent Youth 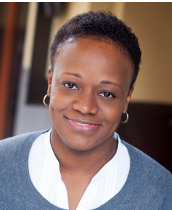 As adolescents go, I was not exactly compliant. At one time or another, throughout my teen years, I skipped school, sneaked out of my house to hang out with friends past curfew, mouthed off to teachers, and I may even have tasted alcohol before I was 21. Fortunately for me, I was surrounded by a cadre of caring and supportive adults—parents, teachers, and others—who reacted swiftly and appropriately to each instance of acting out and ushered me to adulthood relatively unscathed.


As adolescents go, I was not exactly compliant. At one time or another, throughout my teen years, I skipped school, sneaked out of my house to hang out with friends past curfew, mouthed off to teachers, and I may even have tasted alcohol before I was 21. Fortunately for me, I was surrounded by a cadre of caring and supportive adults—parents, teachers, and others—who reacted swiftly and appropriately to each instance of acting out and ushered me to adulthood relatively unscathed. Like most other young people, I simply grew out of the urge to engage in certain types of high jinks and went on to more worthwhile pursuits.

Certainly, the notion that I was a “status offender” would have surprised me, and the very idea that these behaviors could have landed me in juvenile court or even in a juvenile detention facility would never have occurred to me. It probably did not occur to the adults in my life either. Unfortunately, not all young people—particularly today—are as lucky as I was.

A “status offense” is an act that is considered unlawful when committed by an individual with minor status (i.e., under age 18). Much of the behavior that gets labeled “status offense” is largely predictable given the impulsive nature of adolescents; often, that behavior simply ceases as a young person matures. Still, there are instances when running away, skipping school, and acting out are indicative of family dysfunction, substance abuse, untreated mental health issues, or serious unmet needs.

In more than 35 US states, it is permissible to lock up young people for status offenses. Though confinement for such offenses is generally prohibited in more than half of the US states, judges may take young people out of their homes and communities and place them in juvenile facilities if they violate valid court orders related to underlying status offenses. For example: A young woman who habitually runs away from home is brought into juvenile court and ordered by a judge to stay put. She does not—and is caught running away once again. Consequently, that young woman can be locked up for violating the court’s order, even if in the first instance running away was not punishable by confinement.

The reasons many argue in favor of using confinement to address status offenses (and for the “valid court order exception” in particular) vary, depending on whom you ask. Some say that these young people are so incorrigible, so out of control, that only a stint in a juvenile facility will teach them a much-needed lesson. Others argue that while these are troubled youth, the juvenile justice system may be the best means to get them the help they need. Both arguments are invalid.

Research tells us that locked confinement is not an evidence-based practice for court-involved youth, especially status offenders. The many harms of institutionalization begin when youth are removed from their families and communities, which prohibits youth from developing the strong social networks and support systems necessary to transition successfully from adolescence to adulthood.[1] Further, for youth who have committed status offenses out of some chronic unmet need, detention is ill-equipped to address the underlying causes and has been ineffective as a deterrent to subsequent status-offending behavior.[2]

We now know from the research that placing youth who commit status offenses in locked detention facilities jeopardizes their safety and well-being and may actually increase their likelihood of committing unlawful acts.[3] Often, detained youth are held in overcrowded, understaffed facilities—environments that can breed violence and exacerbate unmet needs.[4]

That is why the Coalition for Juvenile Justice (CJJ) developed the Safety, Opportunity & Success (SOS) Project. This effort guides states in implementing policy and practices that divert status offenders away from the courts and toward family and community-based systems of care that more effectively meet their needs. The SOS Project also seeks to eliminate altogether the use of locked confinement for status offenders and other non-delinquent youth. In December 2013, CJJ released the National Standards for the Care of Youth Charged with Status Offenses—developed in collaboration with judicial leaders, practitioners, service providers, policymakers, and advocates—to promote best practices for this population, based in research and social service approaches, to better engage and support youth and families in need of assistance.

Marie Williams, JD, is executive director of the Coalition for Juvenile Justice (CJJ). She oversees member relations and development; fundraising and grant management; and CJJ’s initiatives in government relations, leadership development, juvenile justice reform, communications, and training and technical assistance. Prior to her work with CJJ, Ms. Williams amassed over a decade’s experience in public policy; her work included acting as a senior lobbyist at NARAL Pro-Choice America and writing policy for the US Chamber of Commerce Institute for Legal Reform. She received her BA from Vassar College and her JD from George Washington University’s National Law Center.

As adolescents go, I was not exactly compliant. At one time or another, throughout my teen years, I skipped school, sneaked out of my house to hang out with friends past curfew, mouthed off to teachers, and I may even have tasted alcohol before I was 21. Fortunately for me, I was surrounded by a…
We use cookies on our website to give you the most relevant experience by remembering your preferences and repeat visits. By clicking “Accept”, you consent to the use of ALL the cookies. However you may visit Cookie Settings to provide a controlled consent.
Cookie settingsACCEPT
Manage consent