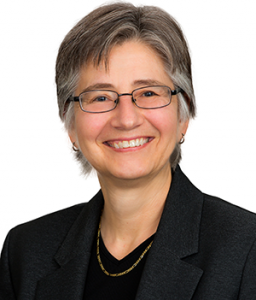 Reporting a family to child protective services (CPS) is not the first step in child protection; rather, the first step is deciding whether or not to report them at all. Every professional tasked with reporting faces this difficult decision—an important one that will influence the life of the family in some way.

In each of the four situations below, a professional must make a decision: Should this family be reported to CPS? If a report is not made, will the child be in danger? If a report is made, will a struggling family get the help they need?

Reporting a family to child protective services (CPS) is not the first step in child protection; rather, the first step is deciding whether or not to report them at all. Every professional tasked with reporting faces this difficult decision—an important one that will influence the life of the family in some way.

In each of the four situations below, a professional must make a decision: Should this family be reported to CPS? If a report is not made, will the child be in danger? If a report is made, will a struggling family get the help they need?

1. A police officer responds to a domestic violence call. On arrival, a 5-year-old girl sits quietly to the side as the officer tries to calm her raging father.

2. At school, a 6-year-old girl draws a picture that looks like it might be an older person lying on top of a small child in a sexualized way. The girl becomes quiet when the teacher asks her about it.

3. Parents bring a pre-teen in serious condition with complications from type I diabetes to the emergency room. Nurses learn that the parents have not been ensuring that the child is monitoring blood sugar nor supervising insulin therapy. The child has not been in the diabetes clinic for review by a nurse in more than a year.

4. While in the waiting room of the office for Temporary Assistance for Needy Families, a 2-year-old runs around, throwing things and hitting other children. When staff ask the parents to help settle their child, the mother hits the child across the face twice.

Over the past five years, beginning in New South Wales (NSW), Australia, the Children’s Research Center (CRC) has worked to bring concepts from the Structured Decision Making® (SDM) system to the reporting community through its reporter guideline tools. The concept is simple: Provide a way to help a potential reporter (mandated or not) think through his/her concerns against a consistent threshold. This helps a reporter who may underestimate abuse or neglect to recognize a child in danger and make the report. This also helps a concerned reporter feel confident about whether or not a report is required. Decision-support tools like those that make up the SDM® system help provide a solid basis for responding appropriately to high-anxiety, high-concern situations. Without decision-support tools, reports can be made in situations that do not require them. More importantly, the tools can offer suggestions for families who actually need support—not a report.

Perhaps the most important aspect of building these reporter guideline tools, before they are even put into practice, is that communication between child protection and key community stakeholders like police, teachers, doctors, and others is enhanced.

1a. This family has been under extreme stress. For the first time in an otherwise loving home, the father lost control. The child was sitting quietly because she knew she could count on both her mother and father to keep her safe. The family plans to get help on their own.

1b. Fights like this have been going on for years. The father controls everything in the home. The child is sitting quietly because she is too afraid to speak or move. The father will be even more angry when the police leave.

2a. The girl inadvertently saw a sexual scene in a movie, rated PG-13, that the parents were watching after the children went to bed. She draws a lot and did not realize that drawing a scene like this in school was inappropriate. She became quiet because she felt she was in trouble.

2b. The girl’s father has been molesting her on an ongoing basis for the past three years.

3a. The family is under extreme financial stress, and both parents are working long hours at minimum-wage jobs without benefits. They have not been able to secure or keep insurance. It is difficult to maintain close supervision, and the child is increasingly resentful of his required regimen, but not yet mature enough to understand long-term consequences.

3b. The parents pay little attention to any of their children. They have the means to provide testing supplies, insulin, and routine clinic visits, but their focus on their own interests has resulted in letting these tasks slip.

4a. The mother is doing a good job of parenting the vast majority of the time. Recently, the family’s financial stress has increased, and she is quite embarrassed to have to apply for aid. The child is generally content, but had not slept well the night before and has difficulty in unfamiliar environments. The mother uses spanking at times and softly hit the young child on the cheek. She instantly felt awful and knows she needs help to manage her stress so that it does not result in hitting.

4b. The 2-year-old is consistently at least this aggressive with others because this is how she is learning to behave: her parents hit her, and her siblings hit her and each other. No injury occurred this time, but children in the family often have bruises, scratches, and welts that result from being hit by their parents.

Community Services, an agency of the NSW Department of Family and Community Services, has been using their Mandatory Reporter Guide for about five years. They also created Child Wellbeing Units (CWU) within police, health, and education agencies so that potential reporters can work through the reporting decision using the guide. When a situation is not reportable, the CWU can assist the reporter in finding help for the family. The families in the ‘a.’ group above are much more likely to get a helping hand than a report, while the families in the ‘b.’ group are more likely to receive a response from a child protection agency. In all instances, the priorities of child safety and welfare are maintained.

Reporting a family to child protective services (CPS) is not the first step in child protection; rather, the first step is deciding whether or not to report them at all. Every professional tasked with reporting faces this difficult decision—an important one that will influence the life of the family in some way. In each of…
We use cookies on our website to give you the most relevant experience by remembering your preferences and repeat visits. By clicking “Accept”, you consent to the use of ALL the cookies. However you may visit Cookie Settings to provide a controlled consent.
Cookie settingsACCEPT
Manage consent