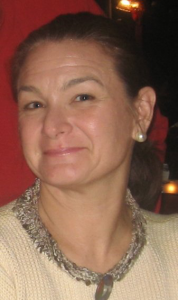 Dennette Derezotes has over 25 years’ experience working in child welfare and has a passion for the delivery of effective and efficient services in the best interest of all children and families. She has worked in direct care, therapeutic services, administration, training, program development and evaluation, community advocacy and collaboration, agency consultation, and research. She also teaches social work at the university level and is the author of several journal articles and book chapters related to race and child welfare.

Dennette Derezotes has over 25 years’ experience working in child welfare and has a passion for the delivery of effective and efficient services in the best interest of all children and families. She has worked in direct care, therapeutic services, administration, training, program development and evaluation, community advocacy and collaboration, agency consultation, and research. She also teaches social work at the university level and is the author of several journal articles and book chapters related to race and child welfare.

African American children involved in the nation’s child welfare system are represented at higher rates, receive poorer treatment, and have worse outcomes than White children (Fluke, Harden, Jenkins, & Ruehrdanz, 2010). Some child welfare professionals have difficulty acknowledging that efforts to improve child welfare services for these children and families might have a positive impact on their representation and outcomes. Instead, they focus their attention on whether or not disparate representation and outcomes are a function of poverty. This helps to justify overlooking components of the child welfare system that could better meet the needs of these children and families (Barth, January 2011; Bartholet, July 2011).

It is true that system-involved African American families need a vast variety of services and resources prior to coming to the attention of child protective services, and how these services are developed needs greater attention. However, at the same time the system itself needs to be examined for the quality of services it provides to those children and families. Discussing the relationship between disparate representation and poverty may help inspire ideas for the future, but it also distracts from addressing today’s challenges around providing effective services to children who come to the attention of the child welfare system and their families.

These children and families are in contact with, and evaluated by, a diverse array of child welfare professionals; these professionals also evaluate the effectiveness of the child welfare system. It is important to acknowledge that how questions are raised influences which solutions are identified.

One proactive effort was designed by the National Council of Juvenile and Family Court Judges (NCJFCJ) to better understand what occurs in the courtroom for children and families who come to the attention of the child welfare system: NCJFCJ developed and implemented a Benchcard study to assess judicial decision making in preliminary protective hearings using a combination of randomized control trial and experimental designs (Russell & Summers, 2013a). This project, a component of the NCJFCJ Courts Catalyzing Change program, set out to assess whether the Benchcard could be used as a tool to reduce disparities and negative outcomes. The study uncovered invaluable information on how judges interact with families—both with and without the Benchcard—as well as the impact of the Benchcard and a training on the effects of implicit biases on child and family outcomes (Russell & Summers, 2013a).

The Benchcard was developed to reflect best practices for judges as published in the NCJFCJ resource guidelines (Russell & Summers, 2013b). Judges at half of the participant sites were randomly assigned to use the Benchcard during preliminary protective hearings. The remaining conducted business as usual. In addition, all judges who participated in the study received training on implicit bias and institutional racism.

Significant findings of the study included data regarding the effectiveness of judges: Judges who used the Benchcard discussed more key topics identified in the guidelines and went into greater depth in courtroom discussions. In addition, judges who used the Benchcard engaged parents in the discussion to a greater degree (Russell & Summers, 2013b).

Why is this information important to issues related to disproportional representation and treatment? This study provided some critical information about decision making in courts. Did the findings impact decision making? Absolutely. Were differences seen by race? The results of this study showed no differences in placement rates by race for individuals who received the training and used the Benchcard. This information is contrary to that found in previous studies in which African American and other children of color were placed at higher rates than White children (US Government Accountability Office, 2007; Fluke, Harden, Jenkins, & Ruerhdanz, 2010). As a result, one could hypothesize that this type of decision-making tool, along with training on implicit bias, could enhance decision making by race (Russell & Summers, 2013b).

This study also shows that changes in decision making can occur through the use of training and tools. More efforts such as those undertaken by NCJFCJ can continue to inform the field and strengthen professionals with diverse roles in child welfare to both improve services for all children and families and more effectively serve children and families of color. It also teaches an important lesson for all child welfare professionals—researchers, policy makers, and practitioners alike. As the efforts of these judges suggest, we all need to be open-minded to the idea that we may have biases. We all need to find trainings and tools to examine and overcome these biases when acting on behalf of the people we serve; otherwise we will continue to create and provide services in systems that meet the needs of some over those of others.

Dennette Derezotes has over 25 years’ experience working in child welfare and has a passion for the delivery of effective and efficient services in the best interest of all children and families. She has worked in direct care, therapeutic services, administration, training, program development and evaluation, community advocacy and collaboration, agency consultation, and research. She…
We use cookies on our website to give you the most relevant experience by remembering your preferences and repeat visits. By clicking “Accept”, you consent to the use of ALL the cookies. However you may visit Cookie Settings to provide a controlled consent.
Cookie settingsACCEPT
Manage consent