Locked In: The True Causes of Mass Incarceration and How to Achieve Real Reform

Locked In: The True Causes of Mass Incarceration and How to Achieve Real Reform 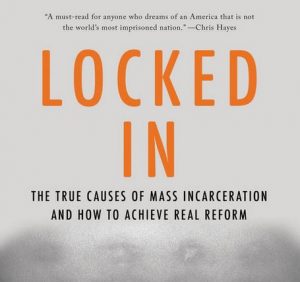 My book, Locked In: The True Causes of Mass Incarceration and How to Achieve Real Reform, is the product of over 10 years wrestling with one simple-seeming question: How did the United States end up with so many people in prison? It is a question that has taken on urgency in recent years, as states slowly and haltingly start to try reining in their reliance on incarceration. If we don’t have a good sense of how we got here, we won’t be able to scale things back either.

Rather than starting off with a complex statistical model, I began by simply digging through several scattered, under-used criminal justice datasets to try to get a handle on a few important numbers: How much time do people really spend in prison? How many cases do prosecutors bring into court? These statistics are critical to understanding the causes and mechanics of prison growth, but our fragmented and incomplete criminal justice data make them hard to come by.

As I dug through the data, I made two startling discoveries that I didn’t expect to see. The first was that not only do people generally spend far less time in prison than conventional wisdom suggests, but the amount of time has not changed by all that much either (with the exception on both fronts for people convicted of homicide). And the second was that the single biggest driver of prison growth over the 1990s and 2000s—a period of falling crime and arrests but rising incarceration—was an increase in the number of felony cases prosecutors chose to file in state court. It also became increasingly clear to me that we overestimated the importance of the war on drugs and prison privatization.

The argument I make in Locked In, then, is that we focus too much of our attention, and thus our reform efforts, on the wrong things. To be clear, the things we address are not irrelevant, but they are often less important than issues we overlook, and—this is perhaps the bigger problem—they actively lead us to overlook those more-important issues.

Take the war on drugs. Almost all dialog on prison reform has focused on the “low-level non-violent drug offender.” In reality, only 15% of those in prison are there for drugs, and few of those are in for “low-level non-violent” drug crimes (we read in the papers about the ones who are because they are rare). Over half of all people in state prisons, which hold nearly 90% of all inmates, have been convicted of a violent crime. And well over 90% of those who have been in for long periods of time are in for violence.

Now, to be clear, many of those in for drugs are needlessly incarcerated; I’m all for cutting way back the number locked up for drugs. But we will not seriously reduce incarceration without talking about changing how we punish violence. And this is where the problems arise. Not only does our focus on drugs distract us from talking about violence, but it actually undermines efforts to change how we respond to violent acts. One recent survey showed that a majority of Americans, including about 55% of those who identified as “liberal,” were opposed to reducing sentences of people convicted of violence, even if they pose little risk of reoffending. And many reforms aimed at reducing punishments for non-violent crimes have been paired with enhancements for violent crimes—in order to not appear too “soft on crime”—which is, of course, ultimately counterproductive (and bad public safety policy to boot).

The same dynamic holds with time served. Convinced that prison is driven by long sentences adopted by state legislators, reforms have focused on state-level efforts to cut them back. And again: Our sentences are too long (at least from a public safety perspective). But the decisions by county prosecutors to charge people in the first place has been much more consequential: the decision to send people to prison in the first place, far more than how long to send them there for. In recent years, we have finally started focusing on the power of prosecutors, but it took a long time to start doing so.

It’s the same with private prisons. Only about 8% of all prisoners are held in private prisons, and no evidence shows that states that have relied on privatization saw faster growth than states that didn’t. In addition, there’s really no evidence about whether private prisons are systematically worse than public ones (there are good privates and hellacious publics). Yet by emphasizing private prisons, we’ve ignored the political power of public sector correctional officer unions—who fight hard to preserve a system that pays out about $30 billion, or two thirds of the nation’s $50 billion corrections budget, on wages—and the political “profits” that politicians with prisons earn (some in terms of wages and economic growth, others in terms of votes). These public-sector pressures are far more consequential, yet they remain mostly undiscussed in reform efforts.

The most rewarding part of writing the book has been seeing it play some role in shifting our national debate about corrections. People are talking more about violence and the inadequacy of a drug-centric reform movement; prosecutors are facing more scrutiny today than any other time in the history of the country; and more and more light is being shined on how groups such as correctional officer unions, police unions, and state district attorney associations lobby for tougher laws and try to thwart reform. My ego is not so big that I believe Locked In caused this shift, but I do think it has played a part, perhaps an important one—and thus is helping to push our deeply flawed criminal justice system in a (hopefully) better direction.

John Pfaff’s book is a finalist in the book category for the Media for a Just Society Awards. Pfaff is a professor of law at the Fordham University School of Law, New York, NY. He earned a JD and a PhD in economics from the University of Chicago.

My book, Locked In: The True Causes of Mass Incarceration and How to Achieve Real Reform, is the product of over 10 years wrestling with one simple-seeming question: How did the United States end up with so many people in prison? It is a question that has taken on urgency in recent years, as states…
We use cookies on our website to give you the most relevant experience by remembering your preferences and repeat visits. By clicking “Accept”, you consent to the use of ALL the cookies. However you may visit Cookie Settings to provide a controlled consent.
Cookie settingsACCEPT
Manage consent