Living, Aging, and Dying in Prison

Living, Aging, and Dying in Prison 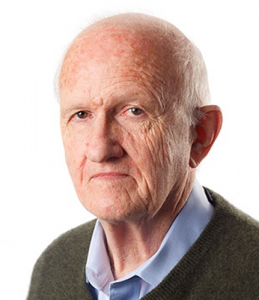 Three years ago I founded and now co-edit, with Jean Casella, a website called Solitary Watch. As a result, my work concentrates on prison conditions, especially those involving solitary confinement. In addition, I report about people in prison with disabilities (mostly deaf people) and old prisoners, whose numbers are steadily increasing.

Three years ago I founded and now co-edit, with Jean Casella, a website called Solitary Watch. As a result, my work concentrates on prison conditions, especially those involving solitary confinement. In addition, I report about people in prison with disabilities (mostly deaf people) and old prisoners, whose numbers are steadily increasing.

A prisoner in Massachusetts, who was facing disciplinary charges for whistleblowing and whose story I was working on, wrote to me about the difficulties facing old people in the prison system there. So, I started writing to some of the people who are locked up. It is nearly impossible to do much on the phone or with personal visits, so I collected most of my information by letter, which took a very long time. Doing actual interviews as a reporter takes time and is often circumscribed by red tape and uncooperative prison corrections public relations personnel. Phone calls may be monitored and when you don’t really know the person, they are awkward and not very informative.

In addition, you have to be aware of possible retribution against your correspondents—sometimes simply because of an intercepted letter, and quite likely if you quote a prisoner or even describe the person anonymously. (My initial contact in Massachusetts was lugged to “the hole”—solitary confinement—after I wrote about the person.) Letters are more rambling and, I find, a more comfortable way of getting to know people.

Some prisons are looking ahead and have taken steps toward dealing with older populations. At Angola, the big state penitentiary in Louisiana, where most of the inhabitants never get out and die in captivity, there is a hospice. In Massachusetts there are no hospices, and elderly lifers are left to make a go of it pretty much on their own. Often the result is poor care, or in some cases, no care at all.

But I found something else that had never occurred to me: that the most essential aspect of staying alive as an old person in prison is friendship among the prisoners. People help one another in a sort of makeshift hospice. Breaking up human friendships in prison, I found, is a basic goal of corrections in practice, whether it occurs by sending people in and out of segregation, locking them in the hole for months or even years at a time, or, most importantly, shipping people around in the prison system to keep people off balance and ensure they form no lasting relationships.

I came on this unexpectedly in my letter writing back and forth with Joe Labriola, a lifer destined to die behind bars for the long-ago killing of a federal drug informant. Labriola, 66, joined the Marines at 17 and served two tours in Vietnam, winning a Purple Heart and Bronze Star with a Combat “V” for Valor.

Joe started writing me, not so much about himself, but about the conditions of his surroundings and his buddies. Unassuming and gentle, always signing off with a cheerful “Semper fi,” Joe came through in these letters as flat-out dependable. I doubt he would ever desert anyone. In prison, as I describe in “The Other Death Sentence,” he put his arms around Lefty Gilday, an old wannabe lefty who killed a police officer, and never let go—never let go, that is, until the prison administration separated the two, throwing Lefty into medical solitary confinement and denying Joe access to him. No longer could Joe prepare his meals, clean him up, and bathe him. He could no longer put Lefty in a wheelchair and trundle him into the yard for a little sun, and with his arm tight around the old man, listen to his rambling jokes. Lefty had Parkinson’s disease, and as he grew older and sank deeper and deeper into dementia, Joe took care to stick with him. One day Lefty threw a milk carton at a guard, and, Lefty, old and decrepit as he was, went to medical solitary. This is all described in the article so I won’t go on about it anymore.

When I quite unexpectedly was awarded the Media for a Just Society Award, I got in touch with one of the men described in the article, and told him I wanted to give it to the men who had so patiently taught me about their lives. Within a few days, a letter came back. The old lifers are organized in a group. They firmly but politely thanked me, telling me that giving them the award was impossible. I had visited one of them in person, and therefore under prison rules I could not come again in person to speak with the group. A violation of security, I suppose. Today, I thank them for their help, their fortitude, their strength in facing death locked up in a makeshift hospice, and for their friendship. One way or another I intend to see they get the MJS Award.

James Ridgeway, winner of the 2013 Media for a Just Society Award in the “web” category, wrote for the Village Voice for years, and more recently has written for Mother Jones. He is author of numerous books and articles, producer of documentaries, and in 2012 was a Soros criminal justice media fellow. He is founder and co-editor of SolitaryWatch.com, which tracks solitary confinement in the United States.

Three years ago I founded and now co-edit, with Jean Casella, a website called Solitary Watch. As a result, my work concentrates on prison conditions, especially those involving solitary confinement. In addition, I report about people in prison with disabilities (mostly deaf people) and old prisoners, whose numbers are steadily increasing. Three years ago I…
We use cookies on our website to give you the most relevant experience by remembering your preferences and repeat visits. By clicking “Accept”, you consent to the use of ALL the cookies. However you may visit Cookie Settings to provide a controlled consent.
Cookie settingsACCEPT
Manage consent