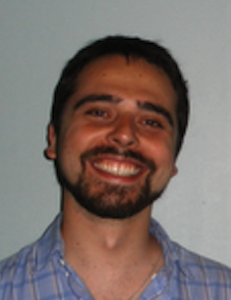 Television may be one of the biggest obstacles to criminal justice reform in the United States. For more than a generation, our country’s response to crime has been driven by fear—fear of violence, fear of theft, fear of the psychopath lurking around the corner. This fear has enabled opportunistic politicians to benefit from talking tough on crime and adopting some of the harshest incarceration policies in the world.


Television may be one of the biggest obstacles to criminal justice reform in the United States. For more than a generation, our country’s response to crime has been driven by fear—fear of violence, fear of theft, fear of the psychopath lurking around the corner. This fear has enabled opportunistic politicians to benefit from talking tough on crime and adopting some of the harshest incarceration policies in the world. And TV shows—specifically, crime dramas—have bombarded us with images of murder, rape, and all-around mayhem, contributing to the fearful climate in which we find ourselves.

In short: TV leads to fear leads to bad policy.

For that reason, we at Beyond Bars (a project of Brave New Foundation) wanted to produce a video that deconstructed the myths purveyed on television. We wanted to lay out the difference between the criminal justice system on TV and the criminal justice system in real life. Our campaign exists to fight mass incarceration, and exposing the media images that contribute to it had to be part of the effort. Hence “Law & Disorder: How the System REALLY Works.” We produced this short video in partnership with the ACLU, the Constitution Project, and the National Association of Criminal Defense Lawyers, preparing it specifically for a webcast that these groups were hosting for high school, college, and law students on Constitution Day.

One of the challenges of creating this video was figuring out which myths to include. We could have picked a dozen or more myths and had plenty of evidence to support our case. But this was a five-minute video, so we thought the most we could do was five myths. We ended up picking the following myths:

One issue we considered including but didn’t was prosecutorial misconduct. On TV, the prosecutors are almost always pure in their pursuit of justice. Picture Jack McCoy, that paragon of rectitude on “Law & Order.” In reality, prosecutors have vast power and sometimes abuse it by threatening excessive charges or by withholding evidence that could help the accused. We cut that topic for two reasons. For one, it was similar to the “adequate defense” myth; having both would over-emphasize one aspect of the system. Second, criticizing prosecutors is potentially incendiary and we didn’t think we could give the issue the nuanced treatment it deserved in just one minute of video. The other cases were simpler to make, with clear, easy-to-understand statistics to back them up. The case against prosecutorial overreach is more subtle, requiring time that we simply did not have if we wanted to keep the video short.

That raises the question of why we wanted to keep the video short. At Beyond Bars, and at Brave New Foundation more broadly, we tend to make short videos rather than long pieces or full-length films. This approach allows us to create more videos narrowly tailored for specific purposes rather than investing months or years to create one piece to satisfy many audiences. That was certainly the case with “Law & Disorder”: we never would have found time to create this educational piece for students if we had to go in-depth on each issue. Besides, the need to be concise can be a blessing in disguise: it forces discipline on our message and ensures we think carefully about what’s really essential and what isn’t.

Beyond Bars is a young campaign within the Brave New Foundation family, and as it happens, “Law & Disorder” was one of the first pieces we ever made. We’re grateful for the support of NCCD in giving us this award and we hope to live up to it by making as much of a difference as we can in the fight against mass incarceration.

Jesse Lava is the winner of the Media for a Just Society Award in the TV/video category this year. He is a campaign director at Brave New Foundation, which produces videos and engages social media to promote social justice. There he runs the Beyond Bars campaign on mass incarceration. Previously a communications strategist for progressive causes, Jesse has worked in an array of policy areas including climate change, campaign finance, drug treatment, and human services funding. Jesse was also the founding director of Faithful Democrats and has penned numerous pieces for faith-based publications. He has a master’s in public policy from Harvard and a bachelor’s from Wesleyan University. He likes his walks on the beach to be short and to the point.

For more on this year’s Media for a Just Society Awards, click here.

Television may be one of the biggest obstacles to criminal justice reform in the United States. For more than a generation, our country’s response to crime has been driven by fear—fear of violence, fear of theft, fear of the psychopath lurking around the corner. This fear has enabled opportunistic politicians to benefit from talking tough…
We use cookies on our website to give you the most relevant experience by remembering your preferences and repeat visits. By clicking “Accept”, you consent to the use of ALL the cookies. However you may visit Cookie Settings to provide a controlled consent.
Cookie settingsACCEPT
Manage consent