‘Landing the Plane’ on Race Neutrality

‘Landing the Plane’ on Race Neutrality 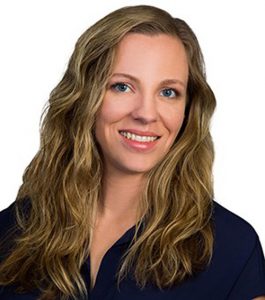 When facilitating a workgroup or meeting of any kind, it is helpful for the group to have a phrase, agreed upon in advance, that can be used to respectfully pause and refocus an off-topic conversation. “Land the plane” is one phrase that NCCD staff use for this purpose, and I would like to use it today to pause and refocus the conversation around race neutrality in the juvenile justice system.

Most of the discussion around race neutrality in juvenile justice focuses on the wrong question: “How can we make the system race neutral?” Race neutrality often comes with a sense of wanting to be colorblind—to treat everyone the same, irrespective of racial or cultural differences. One of NCCD’s core values is social justice; that is, justice in terms of the distribution of wealth, opportunities, and privileges within a society. We believe that cultural diversity, racial equity, and equality are important not only to talk about, but to include in our research and the work we do with clients. Acknowledging differences is essential to our work, but how can we acknowledge them if we don’t see them?

Imagine if instead of “I don’t see race,” I said, “I don’t see altitude.” I may not see altitude, but it is all around me, and it affects different systems in different ways. The air at high altitudes is thinner, which causes instruments to function differently and even changes the boiling point of water. Local climate and humidity also can have a huge impact on altitude. For example, if Mount Everest were in Alaska, it would be impossible for a human being to reach the summit without supplemental oxygen.

Because altitude can influence important decisions, we need to be able to measure it. Pilots use an altimeter to ensure that their planes are on the right flight path so they can avoid crashing into mountains or other planes. A complex structure of airways is divided into low and high altitudes, and the altitude separating the high and low airways differs between countries—based on geography and elevation. Pilots, air traffic controllers, and even airplane manufacturers must “see” and understand altitude so that the system functions well, and travelers get from point A to point B without any major catastrophes.

Altitude is also the reason we have oxygen masks on airplanes. Have you wondered why flight attendants tell you to put on your own oxygen mask before assisting others in an emergency? High altitudes and the corresponding loss of oxygen can cause illness and even death. To measure this, the airline industry uses terms such as Time of Useful Consciousness and Effective Performance Time. At common cruising altitudes for large airplanes, this means you may have 15 seconds or less to strap on that oxygen mask before losing consciousness. Although it may seem counterintuitive, helping yourself first is the best thing you can do in this situation.

It may seem counterintuitive to consider race or ethnicity when making decisions about what happens to youth in a system we already know disproportionately impacts black and brown youth. However, people of color in this country are living at a different altitude than the white population. They experience social structures and institutions in a very different way than white Americans, almost like breathing thinner air. Just because we can’t see that difference in altitude, does not mean that it doesn’t exist. The question then is not: “How can we make the system race neutral?” It is: “How can we use race in our decisions in a positive and culturally appropriate way?”

When facilitating a workgroup or meeting of any kind, it is helpful for the group to have a phrase, agreed upon in advance, that can be used to respectfully pause and refocus an off-topic conversation. “Land the plane” is one phrase that NCCD staff use for this purpose, and I would like to use it…
We use cookies on our website to give you the most relevant experience by remembering your preferences and repeat visits. By clicking “Accept”, you consent to the use of ALL the cookies. However you may visit Cookie Settings to provide a controlled consent.
Cookie settingsACCEPT
Manage consent