Keeping Families Together: Working With Incarcerated Parents in the Child Welfare System

Keeping Families Together: Working With Incarcerated Parents in the Child Welfare System 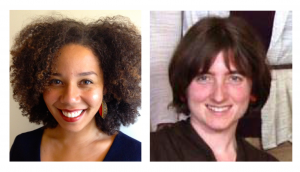 The number of families impacted by the prison system in the United States is staggering—more than 2.7 million children have a parent behind bars and 10 million children have experienced parental incarceration at some point in their lives. Put more sharply, one in every 28 children in the United States has a parent in prison; for Black children, the rate is more than one in nine. Even though studies have identified family relationships as one of the most important factors in successful reentry, states continue to place barriers to family visitation and communication.

The number of families impacted by the prison system in the United States is staggering—more than 2.7 million children have a parent behind bars and 10 million children have experienced parental incarceration at some point in their lives. Put more sharply, one in every 28 children in the United States has a parent in prison; for Black children, the rate is more than one in nine. Even though studies have identified family relationships as one of the most important factors in successful reentry, states continue to place barriers to family visitation and communication.

Rising incarceration rates have coincided with stricter timelines for achieving permanency for children in the foster care system. The Adoption and Safe Families Act (ASFA), a federal law enacted in 1997, creates a default requirement that states file a petition to terminate parental rights if a child has been in foster care for 15 of the past 22 months—a timeframe that is shorter than the average prison sentence. While the law aimed to shorten stays in foster care and encourage permanent placements for youth, states have begun to recognize its negative impact on many families involved with the prison system. Mothers who enter prison are at particularly high risk of having their children placed in foster care—and of having their rights terminated under ASFA—as most are primary caretakers of their children before arrest, many of whom are single parents.

One major challenge in working with incarcerated parents and their children is that these families are caught at an intersection of multiple systems that are not designed to work in coordination with one another—in particular, child protective services (CPS), the Department of Corrections, and the courts. As a result, the devastating familial consequences of a criminal conviction often fall between the cracks of both child welfare law and criminal law. Incarcerated parents and their families also must contend with assumptions—often held by judges, prosecutors, caseworkers, and others—that a person cannot play a positive parental role while incarcerated, that visiting a prison is necessarily a scary and traumatic experience for a child, and that children of incarcerated parents are more likely to become involved in criminal activity themselves.

As attorneys who represent incarcerated parents in child welfare proceedings, we use creative and sometimes non-traditional advocacy strategies to assist parents in their efforts to fight their own isolation and to parent from prison. In one of our recent cases, the attorney was able to prevent the possibility of a family being separated permanently. The client discovered she was pregnant after entering prison, and she gave birth to her child while serving her sentence. Planning for her baby’s care proved difficult from jail and prison, and the client was not able to finalize a plan before giving birth. Even though the client’s sentence was relatively short—she would be out by the time her child was talking—CPS filed a petition to make her newborn a ward of the state and placed her with foster parents shortly after birth. By working with the client’s family, and after several months and much coordination and communication, all parties came to an agreement that the CPS petition should be dismissed and the baby should be placed in a guardianship with her grandmother until the client is released from prison next year.

It is far better if a foster care placement can be avoided entirely. If parents have the information and tools they need to plan for their child, they can sometimes set up a legal arrangement that will provide for their child’s care. For example, a mother who assigns power of attorney to a relative can empower that caregiver to make decisions about her child until she is released; thus, the child is less likely to be placed in foster care, which means that termination proceedings are not triggered.

Sometimes the most important work that an attorney or other advocate can do in providing support for incarcerated parents and their children is assisting parents in combating isolation. Parents in prison are cut off from their families and children by restrictive visitation and communication policies, prohibitively expensive collect phone call rates, and locations far from home. Some prisons have programs that allow for frequent and high-quality visitation opportunities between children and parents. For example, the Family Preservation Project at Coffee Creek Correctional Facility in Wilsonville, Oregon, sponsors three-hour visits for children every other weekend in a family-friendly environment, as well as a support group for the caregivers who bring the children to visit. The program also provides classes on child development and parenting for the incarcerated mothers, facilitates phone calls and letter writing, and helps mothers contact their children’s teachers in order to learn more about their children’s education and support them in school.

Most prisons do not provide these kinds of opportunities, and even those that do have limited capacity. Thus, it is important that attorneys advocate for other kinds of support for parents in maintaining bonds with their children—for example, providing storybooks to parents and their kids so that they can read and discuss the same stories, providing recordable storybooks so that a child can hear his or her parent’s voice, and expanding communication options through Skype and similar technology. Toward this end, a group of incarcerated fathers in Michigan created the Building Bridges workbook for children of incarcerated parents with poems and stories, suggestions for letter-writing prompts, and other ideas for activities to help maintain relationships between parents and children. People in prison often make extraordinary efforts to parent—and to help others parent—and attorneys can assist them by removing all the barriers that we can.

Too many families have become casualties of our criminal justice policies and the drug war. Families and communities stand to benefit enormously from sentencing reform efforts and a reduced reliance on incarceration. In the meantime, parents’ attorneys can reduce the impact on families by supporting parents in their efforts to parent from prison and jail.

Amanda Alexander is a Soros Justice Fellow and attorney at the University of Michigan Law School Child Advocacy Law Clinic and the Detroit Center for Family Advocacy. She directs the U of M Law School Prison & Family Justice Project, which serves families divided by incarceration and the foster care system using a combination of direct representation, know-your-rights education, targeted litigation, and advocacy.

Caitlin Mitchell is a Liman Fellow and an attorney at Youth, Rights & Justice in Portland, Oregon. She represents children and parents in juvenile dependency proceedings, with a focus on families divided by incarceration.

The number of families impacted by the prison system in the United States is staggering—more than 2.7 million children have a parent behind bars and 10 million children have experienced parental incarceration at some point in their lives. Put more sharply, one in every 28 children in the United States has a parent in prison; for…
We use cookies on our website to give you the most relevant experience by remembering your preferences and repeat visits. By clicking “Accept”, you consent to the use of ALL the cookies. However you may visit Cookie Settings to provide a controlled consent.
Cookie settingsACCEPT
Manage consent