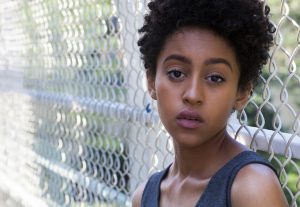 Girls who access mental health services and/or violate probation are more likely than boys in the same situations to be removed from their homes by the juvenile justice system, finds a recent study by NCCD senior researcher Erin Espinosa, PhD.

The study also found that, once removed, girls spend more time in out-of-home placement than boys and that having received public mental health treatment and/or having experienced trauma slows girls’ release from placement while severity of offense slows release for boys.

Data for the study were based on 271,427 youth who were processed for delinquency or status offenses, accessed public mental health treatment, and were placed out of home during a seven-year period. Girls made up 19% of the sample, and boys 81%. Key findings are highlighted below.

In summary, holding gender constant, the strongest predictors of receiving a secure out-of-home placement were as follows.

Espinosa co-authored an article on the study published recently in the journal Youth Violence and Juvenile Justice. Learn more about the article, titled “Youth Pathways: Evaluating the Influence of Gender, Involvement With the Public Mental Health System, Perceived Mental Health Need, and Traumatic Experiences on Juvenile Justice System Processing,” here. Dr. Espinosa will present a webinar on the study’s findings in the coming months.

Girls who access mental health services and/or violate probation are more likely than boys in the same situations to be removed from their homes by the juvenile justice system, finds a recent study by NCCD senior researcher Erin Espinosa, PhD. The study also found that, once removed, girls spend more time in out-of-home placement than…
We use cookies on our website to give you the most relevant experience by remembering your preferences and repeat visits. By clicking “Accept”, you consent to the use of ALL the cookies. However you may visit Cookie Settings to provide a controlled consent.
Cookie settingsACCEPT
Manage consent