Just Say No to Criminalizing Drug Use

Just Say No to Criminalizing Drug Use 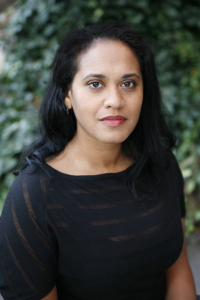 I work for the Drug Policy Alliance (DPA), which is the largest and most influential organization in the United States advocating for ending the drug war and replacing it with policies based on science, compassion, health, and human rights.

I work for the Drug Policy Alliance (DPA), which is the largest and most influential organization in the United States advocating for ending the drug war and replacing it with policies based on science, compassion, health, and human rights.

When I explain this to people in my non-work life, they often ask if this means that our objective is to legalize all drugs and remove them from the underground market. After all, isn’t the prohibition of drugs, and not the drugs themselves, responsible for most health and public safety risks? My response to this is, “Well, yes and no.” While this answer may seem evasive, it’s the result of an internal culture at DPA of rigorous commitment to a bottom line of making the world a safer and healthier place.

Frankly, hours of debate among our most expert minds has not led to a firm consensus on drug legalization. We are all in agreement about legalizing marijuana, but you will witness a stark divergence once we delve into discussion of other drugs. There we unite around promoting compassion and harm reduction but not whether or not creating legally regulated markets is a good idea.

DPA’s mission is formed on the fundamental principle that no human being should be criminalized simply because they use a drug, any drug, in the absence of harm to others. What does this principle look like in practice? It is often called “decriminalization,” which, as opposed to “legalization,” does not create a legal market for all drugs, but does remove criminal penalties for drug use and simple possession.

We have seen instances of this approach emerge in several local drug policy measures here in the United States. Amnesty programs and “911 Good Samaritan” laws have emerged around the country through DPA’s advocacy that spare people experiencing or reporting an overdose from the risk of arrest when they call for help. Cities such as Seattle, WA, and Santa Fe, NM, have implemented a program called LEAD (Law Enforcement Assisted Diversion), which allows police officers to refer people to health services, including voluntary drug treatment, instead of arresting them.

Fourteen years ago, Portugal adopted decriminalization on a national level, making it so that no one is penalized under the law simply for drug use or low level possession. Since then, drug use rates have not increased in Portugal, while public health indicators, such as rates of overdose and HIV and hepatitis infection, have shown dramatic improvements.

Momentum around decriminalization is emerging in a context of increasing public frustration over the extreme economic and social costs of having people cycle in and out of the criminal justice system for minor drug law violations. For years, many have been rallying around the notion of “treatment instead of incarceration,” opening the door for the proliferation of drug courts. However, these are still courts that reside within the criminal justice system and that hold the threat of potential incarceration for individual drug use, something that is essentially a health and wellness concern.

Are we ready for decriminalization in the United States? Well, there are compelling signs that we are at minimum primed to give this policy serious consideration. The war on drugs is widely recognized as a multi-decade colossal failure that costs billions and destroys, rather than repairs, lives. And the US mass incarceration crisis has been decried by politicians across party lines at the highest level of government.

There are half a million people incarcerated in the US for drug offenses, and many of them are serving longer sentences than those convicted of acts of physical violence. Meanwhile, locking up people who use drugs has had no discernable impact on reducing rates of use or related harms. And although drug use touches every community, those who end up suffering harsh penalties are overwhelmingly poor and people of color, which makes the system as discriminatory as it is ineffective.

Now is the time to challenge arrest and criminalization as a reasonable approach to dealing with drug use. We need innovative public health solutions that help people manage their health and well-being without policing, handcuffing, or throwing them behind bars.

Sharda Sekaran is managing director of communications for the Drug Policy Alliance.