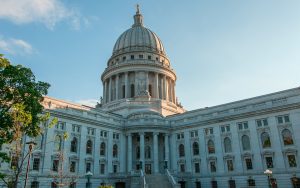 With an office in Madison, NCCD counts Wisconsin as one of its home communities. Like so many, we are reeling from the shooting of Jacob Blake by a police officer in the city of Kenosha. We send our heartfelt wishes to Mr. Blake and his family for physical and emotional healing.

This week Wisconsin Governor Tony Evers signed an executive order calling for a special legislative session on August 31 to take action on a package of policing-reform bills he proposed in the aftermath of George Floyd’s death on May 25. These bills address an array of reforms related to use-of-force practices, training standards, and increased transparency with the public. A number of these proposals have bipartisan support, making it especially disheartening to hear Senate Majority Leader Scott Fitzgerald’s announcement that the special session will be procedural only.

While legislators go back and forth about whose bills will move forward, with some calling for task forces in lieu of lawmaking, some have opposed any legislative action whatsoever until all investigative due diligence has taken place. In reality, one investigation may, in the best-run agency, lead to policy or training changes relevant to aspects of that one case. Legislation, on the other hand, has a much broader impact on policy and practice reform and can lay the groundwork for systemic change. Due diligence, while important, must not stand in the way of a collective willingness to agree that we need a vastly different way of doing things right now.

Jacob Blake and his family face a long and painful journey of healing. So does our community, both in Wisconsin and in the United States. It is long past time for our legislators to demonstrate that they see it as their duty to protect Black Wisconsinites’ ability to live without fear of police violence.

We urge our legislators to respond to the spirit and not simply the letter of the executive order. Governor Evers’ proposed reforms are a critical first step toward much-needed police accountability and transparency. Wisconsin lawmakers, please step up, put aside partisan ideology, and set a sorely needed example for other elected officials to follow.

Kathy Park is the CEO of NCCD.

With an office in Madison, NCCD counts Wisconsin as one of its home communities. Like so many, we are reeling from the shooting of Jacob Blake by a police officer in the city of Kenosha. We send our heartfelt wishes to Mr. Blake and his family for physical and emotional healing. This week Wisconsin Governor…
We use cookies on our website to give you the most relevant experience by remembering your preferences and repeat visits. By clicking “Accept”, you consent to the use of ALL the cookies. However you may visit Cookie Settings to provide a controlled consent.
Cookie settingsACCEPT
Manage consent