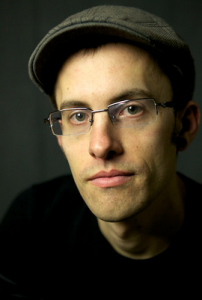 
Shane Bauer won a 2013 Media for a Just Society Award from NCCD for his Mother Jones article on solitary confinement in US prisons. His new book, A Sliver of Light, details his own captivity in solitary confinement. To learn more about Shane’s newest project, “The Prison Problem,” or to help raise funds to cover a year of in-depth, investigative reporting on America’s prisons, visit Shane’s Beacon page.

I spent two years in an Iranian prison, starting in 2009, after two friends and I were arrested near the border between Iran and Iraqi Kurdistan. That experience gave me insight into the experience of incarceration that few other journalists have. Since my release, I’ve been committed to shedding light on the dark corners of the prison system here in the United States, which incarcerates more than any country in the world.

Over a twenty-year period, our prison population tripled. More than two million people are currently behind bars in the United States. We also keep more people in solitary confinement than any other country—80,000 people across the US. Some have been in “the hole” for decades, and many have not committed violent acts.

We spend over $80 billion a year on our corrections system and the cost is growing. At the same time, the number of privately run prisons is on the rise, and the for-profit prison model is spreading globally. In the US, the percentage of prisoners held in private facilities increased 37 percent between 2002 and 2009. Many of these are immigrants, a large number of which remain in pretrial detention for years.

I’m embarking on a new venture, which, if successful, will allow me to dedicate all of my time to digging deeply into these important issues. I’m teaming up with Beacon, an organization that has created a new model for supporting investigative journalism. As NCCD’s president, Alex Busansky, observed in a Huffington Post op-ed, journalists can face significant challenges in telling stories that help create social change. Beacon’s model is designed to cut through the difficulties of corporate-sponsored media so that journalists can be truly independent while knowing their work is supported by individuals who care about the stories they want to tell.

With Beacon, I am trying to raise enough money to support my work for a year and cover the high costs associated with investigative reporting. To deliver long-form stories, I need funds to travel, interview, conduct research, and sometimes sue government bodies refusing access to information.

My reporting on American prisons has received numerous national awards, including NCCD’s Media for a Just Society Award for magazine features last year. I have a long list of stories I am currently investigating. These include the exportation of America’s incarceration model abroad; the detrimental effects of slashing medical services in prisons across the country; the use of new surveillance technologies on inmates that companies later market for non-prison contexts, like schools; the Bureau of Prison’s over-classification of inmates as “terrorists” in order to isolate prisoners with political cases; the FBI’s surveillance of people who correspond with prison activists, and much more.

I’ve also been looking into the influence of corrections companies on politics. I will soon be publishing an investigation in Mother Jones magazine that details the ways the bail bonds lobby has increased pretrial detention across the country.

I’m inspired to continue to gain more insight into the mechanisms behind America’s incarceration system. Your support and willingness to spread the word will help me do this. Thank you.