Invest in Graduation, Not Incarceration

Invest in Graduation, Not Incarceration 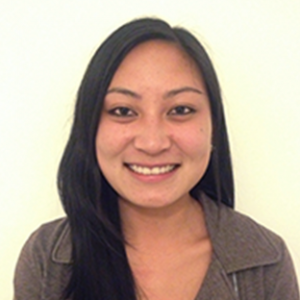 On December 4–5, 2013, representatives from 36 of California’s 58 counties traveled to Sacramento and presented their proposals to the Board of State and Community Corrections (BSCC). The BSCC assists local corrections systems in maintaining county jails and rehabilitative programming as well as constructing new jails. Members come from sheriff’s departments, probation departments, the board of supervisors, etc.


On December 4–5, 2013, representatives from 36 of California’s 58 counties traveled to Sacramento and presented their proposals to the Board of State and Community Corrections (BSCC). The BSCC assists local corrections systems in maintaining county jails and rehabilitative programming as well as constructing new jails. Members come from sheriff’s departments, probation departments, the board of supervisors, etc. These 36 counties are in the process of applying for a portion of the $500 million being offered through Senate Bill (SB) 1022. In 2011, Governor Brown signed the realignment law, which shifted non-serious, non-violent, and non-sexual offenders from state prisons to county jails. As a result, counties have faced increased responsibilities. SB 1022 hopes to mitigate the pressures of the realignment law by providing funds for county jail expansion.

As I learned of this information, I could not help but feel disappointed. As a student at the University of California (UC) Berkeley, it is very difficult to not connect increases in state corrections spending with diminishing spending on public education. From 1980 to 2011, California’s higher education spending decreased by 13%—adjusted for inflation—while spending on California’s prisons and correctional programs soared by 436%.

California’s budget cuts have surely increased pressure on the higher education system and forced it to rely more heavily on student tuition. When I sent in my UC Berkeley application in the fall of 2009 as a California resident, I felt nervous hearing that the UC system planned to accept more out-of-state and international students, as they pay higher, out-of-state tuition fees. At UC Berkeley, California residents pay $7,610.75 per semester while out-of-state and international students pay $19,049.75 per semester. Furthermore, in November 2009, the UC Board of Regents approved a plan to raise undergraduate fees 32% that next fall.[i] In 2011, California community colleges were also forced to make some changes due to a shortage of state funding; they pushed enrollment back to 1999–2000 levels. Unfortunately, primary and secondary education has been affected by budget allocations as well. From the 2007–08 state budget to the 2013–14 budget, K–12 education spending dropped by 5%.

I believe in prioritizing public education because I see access to education as a right. I believe that society should recognize the role that public education should have in solving issues of inequity. For instance, education is central to the prevention of incarceration and reintegration of the formerly incarcerated. As the facilitator for the coalition Human Rights of the Incarcerated at Cal (HRI) on the UC Berkeley campus, I have been able to work closely with formerly incarcerated students. One of my peers, Steven Czifra, shared his story of reintegration with the LA Times. Steven, whose father battled drug addiction, had the first of many encounters with the law at the age of seven. Yet this was just the beginning, as he wound up spending a total of eight years isolated in solitary confinement. Since his release in 2005, Steven has worked tirelessly to leave incarceration behind. Despite suffering from fear, anxiety, and memory loss, Steven studies English and strongly advocates for the end of solitary confinement. He has found communities on campus as a member of HRI. Along with other formerly incarcerated students and allies, he is also working to create an on-campus resource and retention center. HRI members hope that this will allow UC Berkeley to better support its formerly incarcerated students and increase the number of formerly incarcerated students attending the university.

During his State of the Union address, President Obama spoke of the potential benefits of early education. He called for states to prioritize the education of young children and “make sure none of our children start the race of life already behind.” A wave of research supports his work and connects early education to reductions in economic inequality, poverty, and crime. Some early education programs even provide support for parents, such as the Nurse-Family Partnership, which begins working with vulnerable moms during pregnancy. Data show a 59% reduction in child arrests at age 15 among those who had gone through the program. Furthermore, research by Anne Fernald, a psychologist at Stanford University, demonstrates that by the age of two, affluent children had learned 30% more words than the children from low-income homes; language gaps can begin as early as 18 months. Preschool can help create safer communities. In Los Angeles County, it is difficult to ignore the intersection of poor education and incarceration. Approximately 60% of those behind bars in Los Angeles are high school dropouts. Saving taxpayer dollars is an additional benefit to investing in early education. In California, the total annual cost per child in preschool is roughly $5,000, while the total annual cost per inmate is roughly $50,000. With a recidivism rate of around 60%, California should encourage preventive solutions to crime that acknowledge root causes.

As the BSCC chooses which counties to award and Governor Brown releases the 2014–15 budget this month, I am hoping for a shift in California’s priorities. I hope that the BSCC will track the counties that it rewards and ensure that they invest in rehabilitative programming, such as educational opportunities. Despite recent budget trends, I am hopeful. According to the California Assembly Democratic Caucus’ Blueprint for a Responsible Budget, one of their top priorities for 2014–15 will be to rein in prison housing costs by making smart budget investments in early education and higher education. I am glad to see that California’s legislators are taking note of the intersection of education and incarceration, and I look forward to the outcomes of their leadership. After all, education holds the potential to create a more equitable society for us and for future generations.

[i] The UC Board of Regents consists of 18 individuals who are responsible for governing the UC system. Most of the members are appointed by Governor Jerry Brown. The board was established to keep universities free from political influence.

Bernadette Rabuy is a Communications and Development intern at NCCD.

On December 4–5, 2013, representatives from 36 of California’s 58 counties traveled to Sacramento and presented their proposals to the Board of State and Community Corrections (BSCC). The BSCC assists local corrections systems in maintaining county jails and rehabilitative programming as well as constructing new jails. Members come from sheriff’s departments, probation departments, the board…
We use cookies on our website to give you the most relevant experience by remembering your preferences and repeat visits. By clicking “Accept”, you consent to the use of ALL the cookies. However you may visit Cookie Settings to provide a controlled consent.
Cookie settingsACCEPT
Manage consent