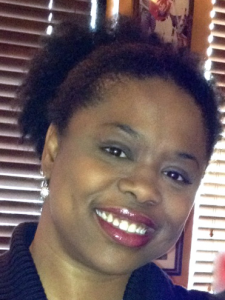 Almost immediately after I began my work  as the Director of the Office of Girls and Gender at the Cook County Juvenile Temporary Detention Center (JTDC), management and staff of the W.I.N.G.S. Center began asking about training for LGBTQI youth. W.I.N.G.S. (Working In Nurturing Girls’ Success) is the unit responsible for female residents.


Almost immediately after I began my work  as the Director of the Office of Girls and Gender at the Cook County Juvenile Temporary Detention Center (JTDC), management and staff of the W.I.N.G.S. Center began asking about training for LGBTQI youth. W.I.N.G.S. (Working In Nurturing Girls’ Success) is the unit responsible for female residents.

Feeling pressure to succeed at my new job, I responded by researching and developing a presentation on issues unique to LGBTQI incarcerated youth. Since I was learning and building expertise on the fly, I made some early mistakes, one of which was consistent use of “sexual preference” rather than “sexual identity” in my writing. Fortunately, community advocates contributed to my education and provided editorial and proofreading services of training materials prior to roll out.

In August 2009, I facilitated training for the staff of W.I.N.G.S. and Alpha (the intake and discharge center) Center. The training workshop could have been considered an LGBTQ 101. I thought it was important to help staff develop an understanding of the difference between sexual orientation and gender identity. Throughout the workshop, staff had questions about why girls were, “Gay for the stay.” Staff indicated they wanted a better understanding about LGBTQI people in general and how they can use that information to keep them safe while incarcerated and upon reentry. After facilitating three workshops I was gratified to note the training was being received well.

With a number of positive reviews bolstering my courage, I suggested incorporating the newly minted LGBTQI workshop into pre-service training for all direct care staff. Although no one laughed in my face, it was clear that a four-hour workshop on incarcerated LGBTQI youth would not be made a priority. However, administration was extremely supportive of the work and encouraged my efforts. Feeling more than a little rejected, I filed my presentation away for a “better” time.

About a year later, more LGBTQI and gender-nonconforming youth were being detained, prompting questions from direct care staff and supervisors. In addition, juvenile probation officers began questioning how to best address the needs of this population. At the same time, the JTDC hired new staff and expanded its training department. These three factors provided the momentum needed to take a closer look at the gaps in services and treatment for incarcerated LGBTQI youth.

With the assistance of NCCD’s Dr. Angela Irvine, we launched the Cook County Court-Involved LGBTQI Youth Task Force in October 2010. Sarah Schriber, Senior Policy Advisor of Health and Medicine Policy Research Group, served as our coordinator. Sarah organized community partners, advocates, and staff in detention, probation, and the courts to determine a strategy to best address the needs of LGBTQI court-involved youth. The Health and Medicine Policy Research Group also obtained funding to ensure this project could continue rather than fizzle as initial excitement wore off.

We agreed the best course of action would be to develop policies in each section of juvenile court services, then provide training to educate staff about LGBTQI culture, incarceration issues, and the newly developed policies. However, in a system as large as the JTDC, policy development would take a while. In the meantime, our youth were underserved and staff thirsted for ways to help residents improve their lives.

We decided to proceed by implementing training while simultaneously working to develop policy. Training provided an overview of LGBTQI issues and culture in an effort to educate and raise awareness about respectful language, best practices, and policy recommendations for juvenile justice. Behind the scenes, work on policy development for both probation and detention was underway.

Expansion of the detention center’s training department, along with encouragement from the administration, enabled us to roll out training almost immediately. New trainers had previously been direct care staff who witnessed firsthand the prevalence of incarcerated LGBTQI youth. They were also privy to the fact that juvenile detention staff had been asking for training on the topic. Although there were a few naysayers, the training was largely welcomed and determined to be very helpful in interacting with and discussing LGBTQI youth. As a result of that success, the task force was asked to train juvenile justice staff throughout Illinois.

Behind the scene, policy development in detention churned forward. It took the task force about six months to develop a draft policy and complete revisions. The policy was drafted using case law, PREA standards, existing policies in other juvenile justice institutions, and policy recommendations from national experts.

Prior to submitting our draft policy, the task force felt it vital to provide members of administration with the same training presented to staff. The training went so well that it continued for a second day with participants seeming to learn a great deal while at the same time posing intriguing questions.

Once we finally submitted the draft policy to detention administration we felt somewhat anxious about how it would be received. Earl Dunlap, our Transitional Administrator, had encouraged us to make the policy as “cutting edge” as possible. We felt we had accomplished that goal. JTDC administration provided lots of feedback and questions. Most of what we proposed in the policy was satisfactory. The only section that created conflict that remains to this day is about name and pronoun usage for gender-nonconforming or transgender residents.

After numerous rounds of revisions and Q&A, the policy was submitted for Earl Dunlap’s final approval in February 2013; he signed it almost immediately. Everyone who worked on this project and continues to do so is to be highly commended. We all felt strongly that we were doing a disservice to LGBTQI and all youth at the JTDC by not providing a policy and training about this issue.

In the spring of 2013 we provided training and education about the specifics of the policy to all staff. As the issues of LGBTQI people continue to become more visible, more education will be needed.

Having survived this lengthy and sometimes stressful process I have learned a few things:

Enactment of the LGBTQI policy for residents of the JTDC is a testament to how the culture of criminal and juvenile justice is evolving. The policy and its development would not have been possible without the genuine concern and joint action of staff from juvenile probation and detention, community advocates, and national experts in the field.

Mykel Selph recently joined The Moss Group, Inc., a Washington, D.C. based, national criminal justice consulting firm with a focus on gender responsive principles and vulnerable populations as they relate to justice reform. She was previously Director of the Office of Girls and Gender at the Cook County Juvenile Temporary Detention Center (JTDC) in Chicago, IL. At the JTDC, Mykel led efforts to develop and implement culturally relevant recommendations that were gender responsive and trauma informed. Mykel is an adjunct faculty member in DePaul University’s Peace, Justice and Conflict Studies department and on the board of directors for the Illinois Safe Schools Alliance.

Almost immediately after I began my work  as the Director of the Office of Girls and Gender at the Cook County Juvenile Temporary Detention Center (JTDC), management and staff of the W.I.N.G.S. Center began asking about training for LGBTQI youth. W.I.N.G.S. (Working In Nurturing Girls’ Success) is the unit responsible for female residents. Almost immediately…
We use cookies on our website to give you the most relevant experience by remembering your preferences and repeat visits. By clicking “Accept”, you consent to the use of ALL the cookies. However you may visit Cookie Settings to provide a controlled consent.
Cookie settingsACCEPT
Manage consent