Independent Film: A Force for Change

Independent Film: A Force for Change 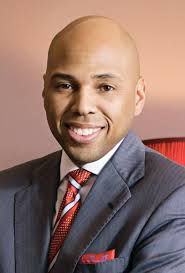 Brickson Diamond will present the Distinguished Achievement Award to Ryan Coogler, writer/director of the film Fruitvale Station, at the 2014 Media for a Just Society Awards at the SFJAZZ Center.


Brickson Diamond will present the Distinguished Achievement Award to Ryan Coogler, writer/director of the film Fruitvale Station, at the 2014 Media for a Just Society Awards at the SFJAZZ Center. Join us at the ceremony on October 15.

As the stepson, son, and grandson of preachers, I am a natural-born storyteller. I aim to combine this with my passion for opening up opportunity and creating access for disadvantaged communities.

Perhaps because I have chosen to ply my narrative wares in the spaces of finance and corporate philanthropy, I always have sought out more artful ways to change hearts and minds. Public civil disobedience—marches, protests, sit-ins—is a powerful tool for large groups to create change. However, I still yearn for ways to reach and change individual hearts and minds.

I found that magic tool of change in a dark gymnasium in (of all places) Park City, Utah, in January 2005. I saw Hustle and Flow, my first real independent film, at the 2005 Sundance Film Festival. By “independent” I mean a film never before seen by any audience, including the cast and crew. The themes were challenging. The story could not have been more far-removed from the snow-covered mountains or, presumably, the lives of the members of that audience.

While Terrence Howard’s Academy Award-nominated portrayal of Djay (the protagonist) thankfully did not inspire my direct career choices, it did influence my investment of time, talent, and treasure for nearly all the years that have followed.

In 2006 I helped create the Blackhouse Foundation, the board of which I chair to this day.

Our mission is to attract filmmakers of color to North America’s most influential festivals. Certainly we make those environments more welcoming to these filmmakers and just about anyone outside of the traditional mainstream. However, our real value is derived from the ability to partner directly with the festivals’ leadership and alumni to make sure our constituents learn how to make films that get screened. We also expand the palates of the decision makers so that they recognize the artistry and value of those films. Finally, we work like hell to elevate those filmmakers to build lasting, thriving careers in film, television, and transmedia spaces.

This list contains a mix of fiction and documentary film. Topics brought into the consciousness of individuals range from poverty and abuse to criminal justice and world-changing activism. The stories of not just Harry and Anita, but also Oscar (Fruitvale Station) and Ailke (Pariah), have been told in heartfelt moments experienced in dark, warm, quiet spaces around the world. They have changed the hearts and minds of those most able to move the world outside those theaters’ doors towards justice, fairness, and equality.

Independent film speaks to me, and I am honored to champion independent filmmakers because I believe this magical form of storytelling is most powerful due to its limitless ability to open up opportunity and create access for disadvantaged communities.

Brickson Diamond is COO of The Executive Leadership Council, which works to build an inclusive business leadership pipeline and to develop African American corporate leaders. Mr. Diamond is also a founding member and chair of the board of the Blackhouse Foundation, an organization that preserves and furthers the legacy of Black cinema. He has served on the board of the Brown University Alumni Association and serves on its President’s Leadership Council. He also has been involved in alumni and development leadership for Harvard Business School.