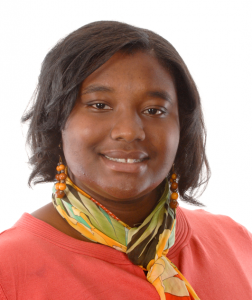 While many incarcerated parents in the United States are given the chance of release and reentry, housing and employment barriers often stand in the way of their long-term stability—and that of their children.


While many incarcerated parents in the United States are given the chance of release and reentry, housing and employment barriers often stand in the way of their long-term stability—and that of their children.

Incarcerated parents may look to public housing as a way to acquire stability following their release. However, most housing programs will deny candidates tenancy due to their felon status, and that can result in homelessness. In 2002, 14% of jail inmates reported being homeless, living in a shelter or on the street in the year before their current admission to jail.  Offenders imprisoned for lower-level felonies had the highest proportions of shelter stays, while misdemeanants (43.2%) and parolees (39.8%) had a higher proportion of reincarceration.  For those who are parents, the lack of independent housing and economic support hinders their ability to develop and strengthen the bond needed to guide their children to socialization.

Just as finding housing poses challenges for formerly incarcerated parents, so does employment. Oftentimes a person’s felon status will prevent him or her from working and/or acquiring licenses to work in fields like health care, engineering, and accounting.  The Work Opportunity Tax Credit (WOTC) program, extended under the American Tax Payer Relief Act of 2012, ensures felons the opportunity to acquire employment in the private sector. The program offers incentives to small and large business owners who hire formerly incarcerated people within one year of their last conviction or release date. The tax credit an employer receives is based on compensation of the worker’s first-year wage, which is 25% for felons.  In 2001 only 535,676 employers participated in the program; and of those hired, 75–80% were food stamp and welfare recipients, which left few positions for ex-felons.

While the Equal Employment Opportunity Commission (EEOC) prohibits employment discrimination based on race, color, religion, sex, or national origin, those with a criminal record are not protected.  This lack of protection for parents with a criminal record under the EEOC, along with underuse of the WOTC for felons in the private sector, reinforces the reality of reincarceration for this population. In addition, this lack of stability increases both the risk of arrest for children with incarcerated parents and the likelihood of challenges to their ability to attain high school graduation, employment, and marriage.

In 2008, the Second Chance Act was passed to provide grants to agencies and community-based organizations to help reduce recidivism by providing job training, mentoring, mental health care, and job placement services to formerly incarcerated individuals.  However, with housing and employment still posing a barrier to this population, more collaboration is needed among economic-, workforce-, housing-, and community-development agencies to build a comprehensive infrastructure for those who have felon status. These collaborations should seek to remove housing and employment barriers so individuals can acquire economic independence. This economic and housing independence will strengthen the parent-child bond through daily contact and communication, which, in turn, can ultimately increase the likelihood that children with incarcerated parents will become productive members of society.

Akiba Bradford is a Researcher at NCCD.