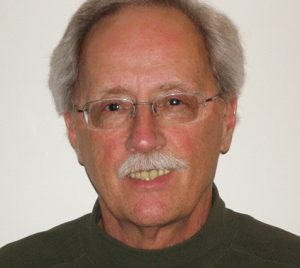 Rob Sawyer, MSW, LICSW, is a Child Welfare Consultant with the National Resource Center for In-Home Services. He worked in the Minnesota Child Welfare System from 1978–2009. He led the implementation of a number of child welfare and child mental health reforms including differential response in child protection, family group decision making, integration of domestic violence and child protective services, and the implementation of risk/needs classification.


Rob Sawyer, MSW, LICSW, is a Child Welfare Consultant with the National Resource Center for In-Home Services. He worked in the Minnesota Child Welfare System from 1978–2009. He led the implementation of a number of child welfare and child mental health reforms including differential response in child protection, family group decision making, integration of domestic violence and child protective services, and the implementation of risk/needs classification.

In February 2010 he was appointed a Senior Child Welfare Fellow by the American Humane Association Children’s Division. In 2010, he was appointed to the Minnesota State Guardian Ad Litem Board by the governor. Rob received a national 2001 DHHS Commissioner’s Award for leadership and services in the prevention of child abuse and neglect. The Center for Advanced Studies in Child Welfare at the University of Minnesota awarded Rob the 2010 Child Welfare Leadership Award for outstanding contributions to child welfare practice in Minnesota.

Rob has written articles on the implementation of differential response in child protection. He has provided training and consultation on transforming child protection for local authorities in America, Australia, Canada, Holland, Ireland, New Zealand, and England.

This is an exciting time to be working in the Delaware child welfare system, as change is in the air! Delaware’s “Outcomes Matter” is a comprehensive, transformative effort to improve results for children, youth, and families in the child protective services (CPS) system. Strategies fueling the transformation include the introduction of a differential response system (DRS) and interfacing with the Structured Decision Making® (SDM) safety and risk assessments, providing a focus on safety while introducing a proportional response to reports of child maltreatment. Access to research-supported intervention strategies provides support to a professional workforce in their work with children and families.

The National Resource Center for In-Home Services is privileged to work with Delaware leadership and staff to further the development and implementation of DRS in CPS. A DRS organizational design promotes a proportional response to reports of child maltreatment. Engaging children and families in partnership-based collaborative practice promotes child safety and well-being.

Delaware chose to implement a similar DRS model to Minnesota’s based on the strength of existing research. The California Evidence-Based Clearinghouse for Child Welfare found the Minnesota DRS research effort to reflect promising evidenced-based intervention (2008). The Washington Institute for Public Policy found the Minnesota DRS research to reflect evidence-based practice (2008). Research in Ohio found similar positive results and additional studies in Ohio, Colorado, and Illinois will be released later this year. In the past year, Congress and the President authorized amendments to the Child Abuse Prevention and Treatment Act (CAPTA) requiring states to introduce a differential response system. Like Minnesota and Ohio, Delaware is interfacing DRS with the SDM® system to promote a focus on safety and risk in CPS—a positive collaboration strengthening the support for practice.

Delaware is launching the Family Assessment and Intervention Response (FAIR) initiative as a first step in transitioning the CPS system away from a single response to reports of child maltreatment toward a differential response system. The FAIR initiative focuses on engaging families with adolescents at risk of placement outside the family home. This unique DRS starting point introduces both a community agency response and a public child welfare agency response. Together, the public-private collaboration offers a critical focus on a specialized population of youth and families in Delaware. Delaware agency leadership in concert with an interagency workgroup recommendation begins the transition in 2013 to DRS with the introduction of FAIR.

This work is supported by the Department of Services to Children, Youth, and Their Families; the Jessie Ball duPont Fund; and the Longwood Foundation.

Rob Sawyer, MSW, LICSW, is a Child Welfare Consultant with the National Resource Center for In-Home Services. He worked in the Minnesota Child Welfare System from 1978–2009. He led the implementation of a number of child welfare and child mental health reforms including differential response in child protection, family group decision making, integration of domestic…
We use cookies on our website to give you the most relevant experience by remembering your preferences and repeat visits. By clicking “Accept”, you consent to the use of ALL the cookies. However you may visit Cookie Settings to provide a controlled consent.
Cookie settingsACCEPT
Manage consent