How Safety-Organized Practice Made a Difference

How Safety-Organized Practice Made a Difference 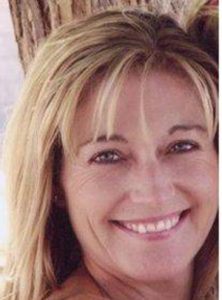 The goal in child welfare is to work with families to assist in alleviating risk to children to promote safety in the home. However, we oftentimes fall short in developing a partnership with the family to achieve this goal. Assessments and case plans historically have been created without the family’s input, and are only shared with the family afterward.


The goal in child welfare is to work with families to assist in alleviating risk to children to promote safety in the home. However, we oftentimes fall short in developing a partnership with the family to achieve this goal. Assessments and case plans historically have been created without the family’s input, and are only shared with the family afterward. Additionally, parents are frequently asked to comply with a list of services to help resolve protective issues, but rarely is it spelled out for them what specific actions child welfare wants to see them doing differently to demonstrate that they can safely care for their children.

Safety-organized practice (SOP) is unique in that it combines good social work principles with the evidence-based Structured Decision Making® (SDM) risk assessment instruments, and approaches families from a trauma-focused perspective. Engaging families is critical in developing partnerships to co-create  goals and plans that keep children safe at home with parents.

In my unit in San Diego County, my protective services social workers assist parents in alleviating risk to children once children have been removed from their home and declared dependents of the county. The goal is for children to be reunified with their families when it is safe to do so.

While the social workers saw value in the SOP philosophy, they questioned what it would really be like to try this work with families. The outcome has been incredibly rewarding.

We began using SOP principles with a family for which we were receiving anonymous reports of concerns about the mother’s ability to effectively supervise her children while taking her prescribed psychotropic medications. Reports described one of the children, aged 1½, wandering out of the family home into the street; accessing and swallowing a dishwasher tablet, resulting in him vomiting; and even more concerning, the mother had been in multiple car accidents, some with the children present in the car.

When interviewed, both the mother and father initially minimized the mother’s use of prescription medications. They believed that her behavior was unaffected by this use, and stated that she was “just a bad driver.” While the mother was never cited with a charge of driving under the influence for any of these accidents, our agency continued to have grave concerns about the mother’s ability to protect her children from future danger.

To help the family see why the agency was so worried about the mother’s behaviors, we decided to create a danger statement: a simple statement outlining specific, factual behavioral details that illustrate the agency’s worries about future danger to the child. The statement described, in two sentences, the agency’s concern that the mother would continue to overuse prescription medications, drive a car again while under the influence, or be unable to properly supervise her children, placing her children at risk of serious injury or death.

The social worker took the danger statement back to the mother, who read it and began to cry. It was at this moment that the mother finally admitted that she was taking more than the prescribed dosage, that she shared the agency’s worries, and that she was ready to make a change to ensure her children’s safety.

The social worker set up a meeting with the parents and asked them to bring to this meeting people who would help support the daily safety of their children—a “safety network.” The parents agreed that these people could know everything about why they were involved with our agency and what we were worried about. During this meeting the family and the network played a significant role in developing a safety plan. They came up with their own ideas that would allow the children to safely remain at home. Additionally, the parents gave the network permission to contact the social worker if at any time they felt that the safety plan was being violated and the children were at risk.

Unfortunately, a few weeks later the mother abused prescription medications and against the conditions of the agreed-upon safety plan, drove with her children and was in another automobile accident. A safety network member immediately contacted the social worker to notify her of what happened, specifically stating that in her role as a network member, she had been given permission to do this to ensure that the children’s safety was addressed.

Acknowledging our need to remove the children from the family, the mother and father took complete responsibility for their inability to follow the guidelines of the safety plan that they helped create. They recognized that they needed more assistance from the agency and the safety network to ensure the safety of their children.

During the next six months, the mother made tremendous progress in her addiction recovery program, developing and utilizing  a list of ways to daily manage and reduce her anxiety without over-medicating. The safety network remained involved daily, checking on the mother and her progress, and reported back to the social worker weekly. Everyone involved was able to state in concrete detail the ways that the mother was progressing by describing her physical appearance, her ability to be alert and responsive, and her interactions with her children. The safety network’s feedback and commitment to their role were paramount in the agency’s decisions to move toward returning these children back home within six months of being removed.

Through the use of safety-organized practice, the social worker was able to partner with the family in the process of developing a plan to help provide for the safety of their children. For the year this case was open, the parents never contested any matters in court, and have stated that they felt that the agency’s involvement has been “a blessing.”

The social worker also felt that the use of SOP principles had a positive impact on how she managed the case. The SOP principles kept her focused on the actions and behaviors the parents needed to demonstrate over time to promote safety for the children. Most importantly, through the use of safety-organized practice, the parents were able to make measurable changes to their daily lives and accept the support of their safety network to achieve sustainable safety.

Amanda Wyatt has been employed with the County of San Diego Health and Human Services Agency for 13 years. She is currently a Protective Services Supervisor within Child Welfare Services and oversees social workers who work with families to alleviate the protective issues that have involved them with the juvenile courts to ensure safety, permanency, and well-being for children. In 2011, she was selected to be an “early adopter” within the County of San Diego for the implementation of safety-organized practice and facilitated the trainings of this practice throughout the North Inland Region.

The goal in child welfare is to work with families to assist in alleviating risk to children to promote safety in the home. However, we oftentimes fall short in developing a partnership with the family to achieve this goal. Assessments and case plans historically have been created without the family’s input, and are only shared…
We use cookies on our website to give you the most relevant experience by remembering your preferences and repeat visits. By clicking “Accept”, you consent to the use of ALL the cookies. However you may visit Cookie Settings to provide a controlled consent.
Cookie settingsACCEPT
Manage consent