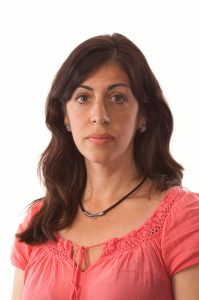 The US Department of Justice (DOJ) made history today when it released the instrument that will be used to audit the Prison Rape Elimination Act (PREA) Standards for prisons and jails. The instrument will be used in the first-ever national audit of federal, state, and locally run confinement facilities.


The US Department of Justice (DOJ) made history today when it released the instrument that will be used to audit the Prison Rape Elimination Act (PREA) Standards for prisons and jails. The instrument will be used in the first-ever national audit of federal, state, and locally run confinement facilities. Prisons, jails, juvenile facilities, community confinement facilities, and police lockups all run according to standards established at the state or local levels and some federal laws, and they must heed the US Constitution’s Eighth Amendment, prohibiting cruel and unusual punishment. However, never before has there been a system to monitor compliance with a set of federal standards for confinement facilities nationwide.

PREA sponsors and supporters, and now the DOJ, have demonstrated their commitment to eliminating sexual abuse by passing strong standards and, most importantly, by developing an audit to ensure that those standards are implemented in a meaningful way nationwide. There has been some opposition to the imposition of a national audit, and there is also tremendous concern from those who wish to ensure that PREA is properly enacted for the audit to be conducted meaningfully and professionally. We can expect this audit instrument—and later, the conduct of auditors in the field—to be greeted with scrutiny, both from advocates and practitioners. It is my best hope that such scrutiny will contribute to feedback that will lead to revision and improvement of the audit over time, and that ultimately, audit implementation will prove to ensure the success of the PREA standards in reducing—perhaps one day eliminating—sexual abuse in confinement.

The PREA Resource Center (PRC), funded by the Bureau of Justice Assistance (BJA) and run by NCCD staff, was responsible for developing this audit instrument on behalf of the DOJ. The first audit cycle will begin on August 20, 2013. Those of us at NCCD who have worked on this project are proud to have contributed and are grateful for the hard work of our partners and the support of BJA and the PREA Working Group at DOJ. We are also aware that this is only the first benchmark for a process that will take many years to refine. The audit instrument for juvenile facilities will be released in early summer, followed at the end of the summer by the audit instruments for community confinement facilities and lockups. We begin training auditors in June and will continue to do so likely for at least another year. We will also begin to get audit feedback that will guide future revision of the instruments and the process. There is still a lot of work to do, but today is unquestionably a milestone in the movement toward safer corrections nationwide.

Michela Bowman is a Senior Program Specialist at NCCD.

The US Department of Justice (DOJ) made history today when it released the instrument that will be used to audit the Prison Rape Elimination Act (PREA) Standards for prisons and jails. The instrument will be used in the first-ever national audit of federal, state, and locally run confinement facilities. The US Department of Justice (DOJ)…
We use cookies on our website to give you the most relevant experience by remembering your preferences and repeat visits. By clicking “Accept”, you consent to the use of ALL the cookies. However you may visit Cookie Settings to provide a controlled consent.
Cookie settingsACCEPT
Manage consent