Helping Kids With Incarcerated Parents Get to College

Helping Kids With Incarcerated Parents Get to College 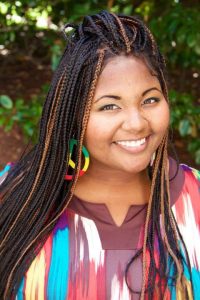 
Incarceration is still a rather taboo issue in the United States, despite the fact that while the United States accounts for only five percent of the world’s population, we hold 25 percent of the world’s incarcerated people. However, the issue of mass incarceration is beginning to get more attention due to a forceful push by individuals like Michelle Alexander, author of The New Jim Crow, and Wes Moore, author of The Other Wes Moore; by criminal justice and offenders’ rights organizations; because of the White House’s recent celebration of their Champions of Change, leaders who are helping children of incarcerated parents and their caregivers; and due to Sesame Street’s new toolkit initiative “Little Children, Big Challenges: Incarceration.”

My sincere hope is that this long-overdue attention is not merely a fad that will pass when people get bored, but that people’s current interest in understanding more about this population will lead to some real change now and in the years to come.

I am the child of a previously incarcerated parent; therefore, I know firsthand the negative effects this scenario can and does have on a child. My father was in and out of prison from the time I was a toddler up until I was entering adulthood. I missed having a father-daughter relationship, which negatively affected my relationships with males growing up. When my peers at school would talk about their fathers, I would always find a way to excuse myself from the conversation. I was embarrassed.

In addition to the emotional stress my father’s imprisonment caused, it also put a great financial burden on my family. I had my single mother and single grandmother providing for my two younger brothers and me. Unfortunately for low-income families, this financial gap usually does not get better. When it’s time for the student to go to college, the family has no way to pay, or if they attempt to, it leads to an even greater financial gap in the household.

When I came to grips with this harsh reality, it was 2010 and I was a junior in high school. That is when I decided to begin ScholarCHIPS For Children of Incarcerated Parents. I realized that children of incarcerated parents are often a marginalized and “forgotten” group and that no one was going to do something about it unless I did.

ScholarCHIPS is a non-profit organization that provides scholarships and mentoring to high school graduating seniors who are going to college and who have a parent in prison,. Our mission is to let youth know that, despite their current circumstances, they can still go to college and receive scholarships to help them get there.

We encourage our scholars to use their successes in overcoming obstacles to inspire others like them. In 2012, we awarded a total of eight scholarships for $11,000. In 2013 we are awarding 13 scholarships (including renewed scholarships from last year) for a total of $19,000. To learn more, apply, or donate, please visit www.scholarchipsfund.org.

Yasmine Arrington is the Founder and Executive Director of ScholarCHIPS. She is a junior at Elon University studying communications and history, as well as a blogger and motivational speaker.