Helping Kids to Speak Out About Violence

Helping Kids to Speak Out About Violence 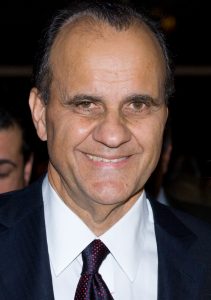 Joe Torre is known to millions around the world as a star baseball player and manager. Joe’s contributions, however, reach beyond baseball. His philanthropic and outreach work to educate children, families, and school staff about domestic violence through his Joe Torre Safe At Home® Foundation led Attorney General Eric Holder to appoint Joe co-chair of the Defending Childhood Task Force.

Joe Torre is known to millions around the world as a star baseball player and manager. Joe’s contributions, however, reach beyond baseball. His philanthropic and outreach work to educate children, families, and school staff about domestic violence through his Joe Torre Safe At Home® Foundation led Attorney General Eric Holder to appoint Joe co-chair of the Defending Childhood Task Force.

Several of the task force’s recommendations to the Attorney General emphasize public awareness, education, and youth engagement. In this blog post, Joe discusses how experiences in his own childhood led him to become an advocate for children exposed to violence and what he learned from co-chairing the task force.

I was honored to be asked to serve as co-chair of Attorney General Eric Holder’s Defending Childhood Task Force. I knew that serving on behalf of children with so many illustrious experts would prove to be eye-opening. A year and a half later, the journey we’ve taken together has led me to unexpected places as well as confirmed some of my core beliefs.

I grew up the youngest in a family of five kids. Though my siblings protected me from seeing any violence, I heard it. I knew that my dad was hurting my mom. As I grew up, I felt embarrassed about what was happening and blamed myself. Yet I was fortunate—I found solace in playing baseball. Many children don’t have an outlet or a way to hide from the violence in their homes.

It wasn’t until 1995, well into my own life as a father and baseball manager, that I was able to connect the dots about the fears and insecurities I experienced. I now know that they were directly related to what I had witnessed from my childhood.

After I began to understand how my family life helped to shape the adult I became, I wanted to do something to prevent children from being exposed to violence and help those who are. My wife Ali and I started the Joe Torre Safe At Home® Foundation to educate and raise awareness about domestic violence and its impact on children.

The Safe At Home Foundation creates safe rooms in schools to provide a haven for kids to come in and talk about something I never talked about growing up. My mom wouldn’t even tell me about it or even admit what was going on because she felt it was something she should keep inside. In honor of my mom, we call these safe rooms Margaret’s Place.

As part of the Defending Childhood Task Force, I had the opportunity to listen to testimony from many people all over the country. Much of what I heard about the effects of childhood trauma resonated with my own experience, and confirmed my belief that it is critical to raise awareness of this issue so that we can protect kids and help them heal.

I learned new things too. A particular aspect of the task force’s work that will stay with me is hearing testimony from tribal communities. I learned about the incredible challenges that children and families in tribal communities face as well as their strength and resilience. I was humbled by the stories I heard. Some of the amazing work we heard about also taught me how essential it is that we include youth as a part of the solution to children’s exposure to violence

What I know for sure, after working with the task force to make our recommendations to the Attorney General and publishing our final report, is that we all have the responsibility to provide a safe place for our children in homes, schools, and communities. We all have a part to play.

My experience on the task force taught me that we are all responsible for children. Even though they don’t necessarily share our last name, they are our hope for a real and bright future—they are our treasure.

Joe Torre is Chairman of the Joe Torre Safe At Home® Foundation, whose mission is “educating to end the cycle of domestic violence and save lives.” In the 10 years since its inception, the Foundation has educated thousands of students, parents, teachers, and school faculty about the devastating effects of domestic violence. Margaret’s Place, a tribute to Joe’s mother, Margaret, provides middle and high school students with a “safe room” to talk about violence-related issues with each other and a professional counselor trained in domestic violence intervention and prevention. The program currently reaches kids in 10 schools and two family justice centers in the New York City metropolitan area and Los Angeles.

Joe also serves as Major League Baseball’s Executive Vice President for Baseball Operations. He is the coauthor of three books.

Joe Torre is known to millions around the world as a star baseball player and manager. Joe’s contributions, however, reach beyond baseball. His philanthropic and outreach work to educate children, families, and school staff about domestic violence through his Joe Torre Safe At Home® Foundation led Attorney General Eric Holder to appoint Joe co-chair of…
We use cookies on our website to give you the most relevant experience by remembering your preferences and repeat visits. By clicking “Accept”, you consent to the use of ALL the cookies. However you may visit Cookie Settings to provide a controlled consent.
Cookie settingsACCEPT
Manage consent