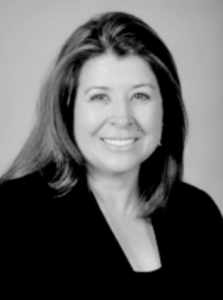 I spent most of my professional career in the financing and delivery of health care. In 1998, I was CEO of an HMO (financing) and was delighted when the concept of pay-for-performance (P4P) began being adopted more broadly in the health insurance industry. Then and now, we have argued that the importance of P4P is to properly align the incentives for physicians, hospitals, and other health care providers to continually improve clinical quality and patient experiences. Examples of these incentives at work are increases in childhood immunizations and colorectal cancer screening.

I spent most of my professional career in the financing and delivery of health care. In 1998, I was CEO of an HMO (financing) and was delighted when the concept of pay-for-performance (P4P) began being adopted more broadly in the health insurance industry. Then and now, we have argued that the importance of P4P is to properly align the incentives for physicians, hospitals, and other health care providers to continually improve clinical quality and patient experiences. Examples of these incentives at work are increases in childhood immunizations and colorectal cancer screening.

Some think that cost savings and/or breakthrough performance, rather than incremental improvements, should by now be an added result of P4P. Rather, health insurance premium costs have more than doubled compared to inflation over approximately 15 years. P4P has resulted in few, if any, real clinical breakthroughs. Additionally, these incentive-based programs are expensive to administer, on both the payor and the provider side.

In 2010, I watched with excitement as the first social impact bond (SIB)—also known as Pay for Success (PFS) or payment by results (PbR)—was launched at Peterborough Prison in the United Kingdom. Then in 2012, the first SIB in the United States was launched at Riker’s Island in New York. Language supporting the SIB concept was familiar to me because of P4P (“align incentives and agree upon contract terms for successful outcomes”). But the similarities ended there. PFS in the social sector proposes to include a third partner in the contractual relationship as the at risk investor in the desired social outcome. The “bond” is the contractual relationship between parties, not the debt investment type. PFS first calculates the anticipated cost savings of anticipated results and then offers to share those savings among the contractual partners (investor, government, and service providers) if the outcomes are reached. Expected financial returns are included in the contract between parties, and each participant’s expectations are documented.

In about 10 years, the incentive system has evolved and moved from the health to the social sector. This is good news for both sectors. First, learning can be shared so growth and improvements under the “pay for results” umbrella can be accelerated. Second, a relationship between both sectors can be further developed. SIBs are now in place to drive improvements in social outcomes, such as increases in educational attainment and decreases in homeless and recidivism. Each of these outcome goals depends upon health-related services for success. Children may need glasses or dental care to perform better in school. Homeless or prison populations may need alcohol or chemical dependency treatment to help them get and stay employed.

PFS offers incentives to bring together partners that might not typically work together, even if doing so seems obvious. These incentives should encourage providers to put more effort in to prevention than treatment. I was recently honored to visit the Peterborough Prison SIB (among others in the United Kingdom) and was surprised at how much coordination and interaction was taking place between service providers. Data and information were being shared between them so they could support one another and, more importantly, the “client” who was in need. Technology brought them together, but communication and the understanding of interdependence among them was beautiful to observe.

Preliminary results of various PFS projects are promising. As independent evaluators continue to assess performance through both financial and social metrics, I suspect they will find the most critical success factor has been and will be coordination between providers. Social issues are often a combination of stressors on both individuals and the system that is established to support them through education, health, and housing. Working together in these early PFS projects, service organizations may improve results for people whether or not money is saved or made. As a starting point, this ought to be good enough!

B. Kathlyn Mead, President and CEO of the San Diego Foundation, is a veteran executive in education, health, and philanthropy. She is past executive vice president and COO of The California Endowment. She is responsible for business operations, impact investing, and strategic partnerships. Ms. Mead previously served as president and CEO of the San Diego Council of Community Clinics and, prior to that, as vice president of the CalPERS Sector for Blue Shield of California. From 1996 to 2005, she served as president and CEO of Sharp Health Plan. While at Sharp, Ms. Mead developed and implemented the award-winning public/private, three-share insurance product (FOCUS) especially designed to offer access to affordable, quality health coverage for small-business employees. She holds an MBA from the University of Southern California.

I spent most of my professional career in the financing and delivery of health care. In 1998, I was CEO of an HMO (financing) and was delighted when the concept of pay-for-performance (P4P) began being adopted more broadly in the health insurance industry. Then and now, we have argued that the importance of P4P is…
We use cookies on our website to give you the most relevant experience by remembering your preferences and repeat visits. By clicking “Accept”, you consent to the use of ALL the cookies. However you may visit Cookie Settings to provide a controlled consent.
Cookie settingsACCEPT
Manage consent