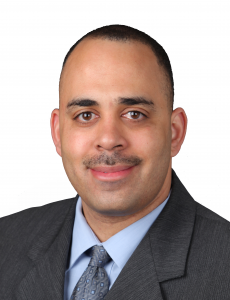 This year we celebrate the 40th anniversary of the Juvenile Justice and Delinquency Prevention Act (JJDPA), landmark legislation that set core standards for the safe and equitable treatment of young people in the American justice system. It has been 12 years since Congress reauthorized the JJDPA; it is time for Congress to take action to reauthorize and strengthen this important piece of legislation.

This year we celebrate the 40th anniversary of the Juvenile Justice and Delinquency Prevention Act (JJDPA), landmark legislation that set core standards for the safe and equitable treatment of young people in the American justice system. It has been 12 years since Congress reauthorized the JJDPA; it is time for Congress to take action to reauthorize and strengthen this important piece of legislation.

Originally passed in 1974, the JJDPA established a federal commitment to the safety and separate treatment of justice involved youth, and set up a federal-state partnership for effective juvenile justice practices. The Act also established the Office of Juvenile Justice and Delinquency Prevention (OJJDP) within the Department of Justice, which assists states and the federal government in identifying and implementing juvenile justice practices that have proven, measurable results to improve the lives of our youth.

Since the passage of the JJDPA 40 years ago, we now have decades of research and better knowledge of what works with justice-involved young people. It is time to update the JJDPA to reflect this knowledge to better serve youth and to keep them safe from harm.

Research confirms many of the principles boldly pioneered by the JJDPA, including that youth must be treated differently than adults, that confinement is harmful to youth, and that youth of color are disproportionally targeted and affected at every stage of the justice system.

In 2009, Congress tried—with bipartisan support—to reauthorize the JJDPA. They attempted to include many great reforms, including: establishing new criteria for reducing racial disparities; ensuring that so-called “status offenders” (runaways, truants, etc.) not be incarcerated; expanding the use of evidence-based screening and assessments; extending rules regarding separation of youth tried as adults; and increasing use of alternatives to detention. The legislation was recommended by committee but did not reach the floor. Congress must act immediately to reauthorize the JJDPA, including these common-sense additions to the legislation.

But it is also time for Congress, and state legislatures around the country, to go even further. JJDPA should be reauthorized to include three new provisions.

First, states must receive enhanced federal funding to address the disproportionate representation of youth of color in our justice system. States should be held accountable and produce measurable results to reduce racial and ethnic disparities. Even with the large decreases in overall juvenile incarceration rates over the past several years, the racial and ethnic disparities have only become worse. This trend must end.

Second, numerous studies and reports over the past several years have proven that incarcerating juveniles is ineffective, harmful, and excessively expensive. It does not work, it causes greater harm, and it costs far too much. Nationally, juvenile incarceration averages $88,000 per year for each youth (American Correctional Association, 2008). Some places are much more expensive. California spends more than $200,000 annually to incarcerate a single youth in a state facility and more than $100,000 a year for each bed in a juvenile detention center. Therefore, incarceration should only be used for youth who pose a serious and immediate risk to the public safety. With juvenile crime rates at all-time lows around the nation, the time is ripe for Congress and the Obama Administration to establish standards relegating the use of incarceration for this small percentage of youth. And for those youth who are incarcerated, education, treatment, and rehabilitation must be the strict focus.

Third, new brain research has shown that adolescents are substantially different from adults in their cognition and decision-making processes. Recent state and federal court rulings have cited this research as reason to strike down on constitutional grounds those criminal justice practices that fail to account for these differences. For example, in the United States Supreme Court’s 2012 decision in Miller v. Alabama, Justice Kagan wrote that children “are constitutionally different from adults for purposes of sentencing.” She went on to write that “juveniles have diminished culpability and greater prospects for reform.” Applying this reasoning, the Court invalidated mandatory life without parole sentences for youth under the age of eighteen at the time of their offenses.

Poor outcomes, the abuse of children, exorbitant costs – all prove that we must stop the treatment of youth as adults in the criminal justice system. Children under the age of 18—and according to scientific research, those under age 25—should remain in a juvenile system with age-appropriate treatment and services. Let us use the 40th anniversary of the JJDPA as a catalyst for significant reform and end the practice of children being sent to the adult criminal justice system.

This year we celebrate the 40th anniversary of the Juvenile Justice and Delinquency Prevention Act (JJDPA), landmark legislation that set core standards for the safe and equitable treatment of young people in the American justice system. It has been 12 years since Congress reauthorized the JJDPA; it is time for Congress to take action to…
We use cookies on our website to give you the most relevant experience by remembering your preferences and repeat visits. By clicking “Accept”, you consent to the use of ALL the cookies. However you may visit Cookie Settings to provide a controlled consent.
Cookie settingsACCEPT
Manage consent