Getting Ready for Pay for Success Financing

Getting Ready for Pay for Success Financing 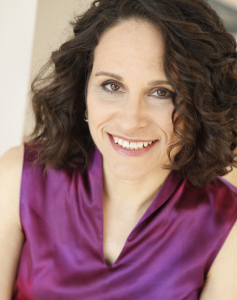 Pay for Success (PFS) financing (also called social impact bonds, or SIB) is a new way of funding programs that produce positive social outcomes and that save government money.

Pay for Success (PFS) financing (also called social impact bonds, or SIB) is a new way of funding programs that produce positive social outcomes and that save government money.

Programs that prevent crime and recidivism fit the bill perfectly; not only do they help individuals and communities, they also can reduce expensive stays in jail, prison, or placement. Indeed, the first SIB ever (in the United Kingdom) and three out of the first four in the United States (New York City, New York State, and Massachusetts) finance programs to prevent crime and incarceration. The amounts of new funding—ranging from $9.6 million over four years for a cognitive behavioral program run by the Osborne Association in New York City to $27 million over seven years for Roca’s intervention for young adults in Massachusetts—are significant. People working in this field know that upfront funding to expand effective programs is hard to come by!

So what can other criminal and juvenile justice programs do to access this new financing? While there are several steps programs can take, the most useful thing most programs can do is to track their participants’ recidivism rates against a baseline and make sure theirs are lower.

Why Tracking Recidivism Is Important

In a PFS financing deal, the government contracts (usually with a nonprofit intermediary organization) not for services but for outcomes. For the three deals referred to above, the primary outcome for which the government contracted was recidivism reduction. (New York State’s and Massachusetts’s deals also pay for employment, and Massachusetts’s includes payments for job readiness.) The government agrees to pay for those outcomes after an independent evaluator has found that the program has achieved them. The government’s promise to pay (usually after four to seven years) enables the intermediary organization and the program to secure a loan from socially minded commercial investors and foundations, which are repaid with a modest return after the outcomes are achieved.

At the core of this new financing mechanism is the shift from paying for services to paying for outcomes. To be appropriate for PFS financing, a program thus has to demonstrate to investors that it can reliably achieve the outcomes for which the government is contracting—in this case, recidivism. There are two main ways for a program to show that it can reduce recidivism. One is to have one or (preferably) more rigorous independent evaluations by respected researchers showing a positive impact. Such an evaluation was conducted by MDRC for the Center for Employment Opportunities (the New York State provider), and the New York City program relied on multiple evaluations of the curriculum used (moral reconation therapy), which were conducted in other jurisdictions.

Programs that have not had formal evaluations (which can be quite expensive) and programs that have been evaluated only in other jurisdictions can demonstrate their ability to reduce recidivism by providing reliable data on their program participants’ recidivism rates compared to those of similarly situated people who have not had the benefit of the program. This is something a program can—and should—do on its own, without outside evaluators.

Tracking recidivism internally differs from formal evaluation in that the program generally does not use the advanced statistical techniques needed to conclude that the program caused any differences in recidivism. It also has the benefit of showing investors that the program has the capacity to track and manage outcomes that is necessary for PFS financing. Roca, the service provider for the Massachusetts PFS contract, used strong performance data rather than third-party evaluations to make its case for investment.

How to Track Recidivism

Tracking recidivism takes some effort, to be sure. (I know this from my time at the Vera Institute of Justice.) Programs need to do the following.

Any program that can (1) produce performance data that demonstrate reduced recidivism rates and (2) show that it uses said data to manage the program can make a credible case to investors that it would be a good investment, because the program can achieve outcomes that government will pay for and has the capacity to manage outcomes that PFS financing requires. Even if PFS financing does not come right away, tracking recidivism will help programs become more effective for the people they serve.

Megan Golden is currently a fellow at the Institute for Child Success and at the New York University Wagner Graduate School of Public Service and a consultant to nonprofit organizations and governments seeking to increase their impact. She specializes in PFS financing. She recently completed a feasibility study for South Carolina on PFS financing for early childhood interventions and served on the advisory group for McKinsey & Company’s work on social impact bonds. Her publications include “Pay-for-Success Financing: A New Vehicle for Improving Population Health?,” “Pay for Success Financing for Early Childhood Programs: A Path Forward,” and “Developing a Social Impact Bond: Lessons from a Provider.”