Fulfilling the Promise of Pay for Success

Fulfilling the Promise of Pay for Success 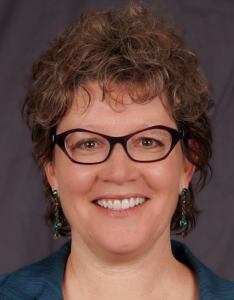 When the idea for a new financial instrument called a social impact bond (SIB) emerged, I was skeptical. As a senior leader of a community development financial institution at the time, I found it hard to imagine investors getting comfortable financing a transaction that had no ongoing cash flow or collateral to offer—only a bullet payout by government sources if a social program being funded was successful.


When the idea for a new financial instrument called a social impact bond (SIB) emerged, I was skeptical. As a senior leader of a community development financial institution at the time, I found it hard to imagine investors getting comfortable financing a transaction that had no ongoing cash flow or collateral to offer—only a bullet payout by government sources if a social program being funded was successful. Knowing how hard it is to get conventional investors to commit to underserved markets where primary and secondary sources of repayment do exist, I imagined SIBs to be a stretch.

And those were just the financial obstacles. What about the social policy considerations? How would we measure “success?” Where would the data come from to prove success, and who would pay for the development of that data infrastructure? Would we create perverse incentives that target the easiest to serve rather than the most in need?

Then I spent a year on assignment inside the federal government and my point of view changed. Billions of dollars are spent on social programs that remediate rather than prevent expensive social problems, and many without knowing if they truly work. The fundamental promise of Pay for Success (PFS) is to redirect government resources toward strategies and programs that create the best social or environmental outcomes based on evidence. Early childhood education, cognitive behavioral therapy for youth offenders, assisted living in lieu of skilled nursing, energy-efficient retrofits of public housing—we do not lack for evidence-based strategies that create better outcomes and save taxpayers money.

So why don’t we implement them? Government appropriations and procurement practices are major obstacles. At the federal level, the budget process is siloed and heavily influenced by special interests that have a stake in the status quo. Budgets are done on annual cycles, which do not lend themselves to payouts beyond one year, as most PFS transactions require. Government agencies that want to experiment with PFS programs have a hard time finding the flexibility they need to implement good ideas. Procurement rules place a higher value on preventing fraud and abuse than ensuring the best outcomes.

PFS can disrupt these systems. The experiments going on now in places like New York, Massachusetts, and Utah are proving that deals can be structured and closed with a combination of private, public, and philanthropic partners. Pilot programs are operating inside several federal departments, and a PFS incentive fund has been proposed in the president’s last two budgets. The scale is necessarily small for the time being, but as a financial instrument, PFS has at least gotten off the ground.

Whether PFS leads to good social policy remains to be seen, but so far, bets are being made on interventions that truly are evidence-based, which should bode well for the long run. The matter of creating a data infrastructure for the social sector that can measure the success of programs and organizations merits further attention and resources.

Ultimately, PFS should be understood as an adaptive strategy that will bring new innovations to light that can and should be scaled by the public sector. As Paul Carttar of Bridgespan argues in a recent blog post, the true promise of PFS is not how much private capital gets channeled to them, but rather, how effectively they change government funding. Of course, private capital is needed to fund the innovation pipeline and to bring much-needed attention to what works. The role of philanthropy remains critical, as the early-stage investors are willing to test brand new approaches before they are proven with evidence.

PFS is not a silver bullet, nor is it easy to implement. But it is an innovation that promises better stewardship of public resources and more effective solutions to tough social problems. Fulfilling its promise will require collaboration across sectors, including government, philanthropy, nonprofits, and the private sector. It will also require investment in data and measurement systems that allow us to judge success.

Annie Donovan is CEO of CoopMetrics, a social enterprise that provides Fortune 500-quality business intelligence tools to small businesses and nonprofits seeking to improve financial management, better measure social impact, and increase their capacity for innovation. Prior to this, Ms. Donovan was senior policy advisor to the White House, working collaboratively with the Office of Social Innovation and the Council on Environmental Quality. She was part of a team focused on advancing impact investing, social enterprise, and impact data as key strategies for improving the social sector. Ms. Donovan has also been a thought leader and a board member of many of the highest-performing organizations in the community development sector, including serving as president of the New Markets Tax Credit Coalition. She has published papers and articles for the National Academy for Public Administration, the Federal Reserve Bank of San Francisco, the Federal Reserve Bank of Boston, Forbes, and the Skoll World Forum on Social Entrepreneurship. She has an undergraduate degree in economics and an MBA in finance.

When the idea for a new financial instrument called a social impact bond (SIB) emerged, I was skeptical. As a senior leader of a community development financial institution at the time, I found it hard to imagine investors getting comfortable financing a transaction that had no ongoing cash flow or collateral to offer—only a bullet…
We use cookies on our website to give you the most relevant experience by remembering your preferences and repeat visits. By clicking “Accept”, you consent to the use of ALL the cookies. However you may visit Cookie Settings to provide a controlled consent.
Cookie settingsACCEPT
Manage consent