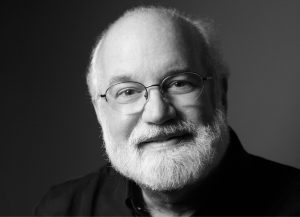 The Attorney General’s Defending Childhood Task Force’s report observes that “community violence in neighborhoods can result in children witnessing assaults and even killings of family members, peers, trusted adults, innocent bystanders, and perpetrators of violence…[children] may come to believe that violence is ‘normal,’ that violence is ‘here to stay,’ and that relationships are too fragile to trust because one never knows when violence will take the life of a friend or loved o


The Attorney General’s Defending Childhood Task Force’s report observes that “community violence in neighborhoods can result in children witnessing assaults and even killings of family members, peers, trusted adults, innocent bystanders, and perpetrators of violence…[children] may come to believe that violence is ‘normal,’ that violence is ‘here to stay,’ and that relationships are too fragile to trust because one never knows when violence will take the life of a friend or loved one. They may turn to gangs or criminal activities to prevent others from viewing them as weak and to counteract feelings of despair and powerlessness, perpetuating the cycle of violence and increasing their risk of incarceration. They are also at risk for becoming victims of intimate partner violence in adolescence and in adulthood.”

Defending Childhood Task Force member Father Greg Boyle founded Homeboy Industries in Los Angeles nearly 25 years ago to answer the need for employment opportunities among youth. Homeboy’s mission is to provide hope, training, and support to formerly gang-involved and recently incarcerated men and women, allowing them to redirect their lives and become contributing members of the community. Homeboy serves at-risk and gang-involved youth with a continuum of services and programs designed to meet their multiple needs; in addition, Homeboy runs seven businesses that serve as job-training sites. Today’s guest blog comes from Father Greg and Agustin Lizama of Homeboy Industries.

Agustin Lizama, 33 years old, is senior staff at Homeboy Industries. This is his story:

I grew up in a part of Los Angeles where we were surrounded by poverty, drugs, violence, and gang activity. We struggled with all of this every day. My mother ended up raising seven children all on her own. I suppose I longed for some strong, parental figure; but that never happened. By 12, I had joined the local gang. Not long after I pledged allegiance to this gang, I felt the full force and impact of the violence that had us in its grip. As I was talking on a pay phone, a car passed by, opened fire, and shot my left hand off. I was 12 years old.

Until I was 24 years old, I was stuck in the deepest despair and pain. I knew only misery, incarceration, and self-destruction. I showed up at Homeboy Industries like everyone who does—as a broken-down human being, wanting to awaken from the nightmare of my life. And, like others, I have found healing and a transformation of my pain that keeps me from continuing to transmit it. Today, I am an ex-gang member and father of three beautiful children. I want them to always know how special they are, how proud I am of them, and how I will always be by their side. I did not have any of this as a child.

Society seemed to be content to throw me away. I was grateful for a place where the healing I needed could happen. Now I run the Domestic Violence and Anger Management groups at Homeboy Industries. In these groups, you see the cycle firsthand. Every one of these fathers and young men have been traumatized and undergone so much pain that they continue to inflict this pain, and their negative choices impact the very people they love. You can watch, right before your eyes, as this negative, generational cycle gets broken. These men are hungry for a way out: “I just don’t know how.” They need tools, and before long they are able to build healthy relationships. This is what we all want—and if given a chance, it suddenly becomes possible.

The Rev. Gregory Boyle, SJ, has been an advocate for at-risk and gang-involved youth in Los Angeles and around the world for more than 25 years. In 1988, Father Boyle launched Jobs for a Future (which later became Homeboy Industries) to create an environment that provided training, work experience, and, above all, the opportunity for rival gang members to work side by side. Today, Homeboy Industries’ nonprofit economic development enterprises include Homeboy Bakery, Homeboy Diner at Los Angeles City Hall, Homeboy Silkscreen & Embroidery, Homeboy/Homegirl Merchandise, Homegirl Café & Catering, Homeboy Farmers Markets, and Homeboy Grocery.

Father Boyle is also a consultant to youth service and governmental agencies, policymakers, and employers. He serves on the advisory board of the National Gang Center, a program of the U.S. Department of Justice (DOJ) Office of Juvenile Justice and Delinquency Prevention. He also is a member of the advisory board for the Loyola Law School Center for Juvenile Law and Policy in Los Angeles.

His first book, Tattoos on the Heart: The Power of Boundless Compassion, was released March 2010. Publishers Weekly named it one of the Best Books of 2010. Among numerous accolades on behalf of Homeboy Industries and for his work with former gang members, Father Boyle received the 2000 California Peace Prize from The California Wellness Foundation and was inducted into the California Hall of Fame in December 2011.

The Attorney General’s Defending Childhood Task Force’s report observes that “community violence in neighborhoods can result in children witnessing assaults and even killings of family members, peers, trusted adults, innocent bystanders, and perpetrators of violence…[children] may come to believe that violence is ‘normal,’ that violence is ‘here to stay,’ and that relationships are too fragile…
We use cookies on our website to give you the most relevant experience by remembering your preferences and repeat visits. By clicking “Accept”, you consent to the use of ALL the cookies. However you may visit Cookie Settings to provide a controlled consent.
Cookie settingsACCEPT
Manage consent