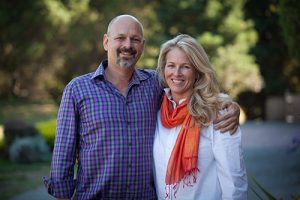 Twenty teenagers sat in a circle, some with their feet propped on a friend’s lap, others with arms draped over a neighbor’s shoulders, still others sat quietly cross-legged. On a chilly autumn night, we filmed them as they shared their stories with each other, beginning with the words “If you really knew me … “.

Twenty teenagers sat in a circle, some with their feet propped on a friend’s lap, others with arms draped over a neighbor’s shoulders, still others sat quietly cross-legged. On a chilly autumn night, we filmed them as they shared their stories with each other, beginning with the words “If you really knew me … “.

“If you really knew me, you would know that I spend most of my day on Facebook.”

“… you would know that my parents split when I was five.”

Each time around the circle, deeper stories emerged.

“If you really knew me, you would know that my father was abusive.”

“… you would know that these are cigarette burns.”

The young people were from Oakland, California, and this was the start of a new Destiny Arts Youth Performance Company, a select group of teens chosen each year to create a performance based on their lives. Plenty of hip hop dance moves were made that day—hinge kicks, tutting, chest pops—but the sharing played a special role in bonding the company.

We filmed the young people in the company over the course of a year, documenting the process as they turned their stories into art. The product is the film F R E E.

We were intrigued that dance and storytelling was being used in violence prevention, Destiny Arts’ primary mission. But what we learned as we followed the Destiny youth was this: When people get a chance to share their stories, they understand that they matter.

“Dance is a vehicle of self-love for my students,” said Sarah Crowell, artistic director at Destiny Arts. “When you are dancing, when you are finding your voice, you are deeply connecting to your center—a place where there is no violence or self-hatred.”

Many of the youth at Destiny come from impoverished families, foster care, violent neighborhoods, single-parent households. Some have been impacted directly by crime and the juvenile justice system. Jamany, a subject in the documentary, had been in a lot of trouble—robbery, drugs, shootings—before he came to Destiny. After participating in the program, he has more options. “I think about what I’m doing before I act on my emotions, and let it out in a way that’s safe. My safe way is dancing.”

Parts of Oakland provide a rough place for growing up. Crime, joblessness, poverty, and violence can make youth feel even more marginalized during the challenging adolescent years. No easy solutions exist, but programs like Destiny offer youth a chance to take the garbage—abuse, poverty—that they’ve been handed and compost it into something nourishing, beautiful even.

Art can do that.

In a recent TED Talk, Dave Isay, the founder of StoryCorps, discussed a book he wrote that documents the stories of indigent men living in a flophouse in New York. The men were poor and thought they did not matter to the rest of the world. When Isay came back with a finished copy, one of the residents ran down the hallway, waving the book over his head, shouting, “I exist! I exist!”

Listening to people who may not believe their voices matter is to show a deep kind of respect. And finding the courage to share a story can offer a deep kind of healing. On the film’s opening night, behind the curtain, the youth in the company held hands in a circle. “That curtain is about to go up,” Crowell told them. “Like nothing else I know, this will set you free.”

Some question whether the arts should be so worthy of our attention, when so many other basic pressing needs exist: food, medicine, housing. After making this film, we understand the immense power in the simple act of sharing a story. Whether by listening or by telling our own, walls come down, bridges of empathy are built, and real change can happen when we begin with: “If you really knew me …”

Suzanne LaFetra is co-director and co-producer of F R E E, which has been nominated for a 2015 Media for a Just Society Award. She is a freelance writer, journalist, and filmmaker. She is the executive producer of the documentary She Wants to be a Matador (2009). She has long believed in the power of film as a medium for social change. Being the mom/stepmom to four adolescents has made her particularly keen on the youth development work portrayed in F R E E. This is her directorial debut.

David Collier is co-director, co-producer, and director of photography for F R E E. He is the founder and principal at Studio B Films in Berkeley, California, and has been a prominent figure in the film and video world since 1985. He enjoys the scope of his job, which ranges from visual artist and storyteller to business entrepreneur. He earned an Academy Award nomination for his documentary, For Better or For Worse, which explores the lives and relationships of five couples married for 50 years or longer.

Learn more about the film here.
Twenty teenagers sat in a circle, some with their feet propped on a friend’s lap, others with arms draped over a neighbor’s shoulders, still others sat quietly cross-legged. On a chilly autumn night, we filmed them as they shared their stories with each other, beginning with the words “If you really knew me … “.   Twenty teenagers sat in a circle, some…
We use cookies on our website to give you the most relevant experience by remembering your preferences and repeat visits. By clicking “Accept”, you consent to the use of ALL the cookies. However you may visit Cookie Settings to provide a controlled consent.
Cookie settingsACCEPT
Manage consent