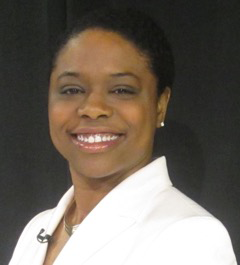 
Gender-responsive principles developed for the justice system created a new way to work with girls and women that centered on the evidenced-based differences between males and females in the justice system. Some of the differences highlighted are the pathways through which males and females enter the justice system. For example, females often commit offenses related to relational dysfunction. How many times have you heard girls and women say a boy or a man was involved in their offense or crime? We have probably all heard devastating stories of girls only knowing their co-defendant for a few days or a few hours even before their lives are changed forever due to their involvement in delinquent activities.

But what about transgender females? Where do they fit into the gender-responsive principles and practices? Or do they fit in at all? With the advent of the Prison Rape Elimination Act (PREA), its standards, the accompanying audits, and the general societal shift to acknowledge gender identities and expressions outside of the man/woman binary, the justice system is also faced with changing conditions of confinement for this population.

Gender-responsive pioneers Barbara Bloom, Barbara Owen, and Stephanie Covington gave us a foundation on which the justice system can frame the treatment of girls and women.[1] Let’s consider how those strategies or guiding principles should be expanded for transgender females.

Acknowledge That Gender Makes a Difference

This one is simple. Acknowledge that transgender females are females. We know that biological sex is a distinction that may or may not match a person’s gender identity. Gender identity is a psychological construct that is unique to each individual. A person’s gender identity, just like any other part of their identity, should be acknowledged and respected. If we acknowledge and respect that transgender females are females, then the other gender-responsive principles are applicable for them too.

Create an Environment Based on Safety, Dignity, and Respect

Bloom, Owen, and Covington have already taught us that behavioral change is enhanced when we create an environment based on safety, dignity, and respect. I have seen huge strides in this endeavor in many correctional agencies and the justice system in general. Unfortunately, it seems harder for us to embrace these concepts for transgender females. For the transgender population, creating a safe environment may mean asking them what feels safe. The PREA standards help make asking transgender people about their perceptions of safety a reality. Other small ways to enhance safety, dignity, and respect for transgender people is to ask them to designate and adhere to their gender identity, preferred name, and gender pronoun. Just asking these questions acknowledges the existence of transgender people and indicates a willingness to create a dignified and respectful environment for the transgender female. Resisting the acknowledgment of transgender identity creates the same emotional vulnerability outside the system that may have been a huge factor relating to a transgender female’s justice involvement.

Develop Policies, Practices, and Programs That Are Relational and Promote Health Connections to Children, Family, Significant Others, and the Community

Having treatment and rehabilitation as central components in corrections is growing rapidly. The issue that may need more work is considering the importance of culture. We know the justice system disproportionately involves people of color. Angela Irvine has taught us that lesbian, gay, bisexual, and transgender and gender-non-conforming (LGBT/GNC) people of color are also disproportionately targeted in many aspects of justice system involvement.[2] The next step is to consider and incorporate the intersection of transgender identity, race/ethnicity, religion, and other cultural aspects into treatment and conditions of confinement.

Provide Women (Girls) With Opportunities to Improve Their Socioeconomic Conditions

Establish a System of Community Supervision and Reentry with Comprehensive, Collaborative Services

When any person becomes justice-involved, planning for reentry, where appropriate, should begin. For transgender females, this may mean developing plans to navigate jobs, group homes, treatment programs, schools, and community programs that are not culturally competent regarding transgender people. If we begin reentry planning immediately, we have time to work with and even train community treatment providers.

The very nature of being gender-responsive means expanding the definition of gender and respecting people who are impacted by it. When we accomplish this, we are creating a system that grows closer to the definition of justice.

Mykel Selph is a criminal justice consultant with a focus on gender-responsive principles, the treatment of the LGBT population, sexual safety, and the intersection of race and culture in relation to justice system reform. She has worked with many agencies throughout the country on these issues. Ms. Selph’s personal and professional mission is to create safe spaces for ongoing dialogue about social justice issues that are nonjudgmental and empathic. She believes that dialogue is an opportunity for us to acknowledge our differences and begin learning to peacefully coexist. Ms. Selph has master’s degrees in community counseling and public administration. She is currently earning her doctorate in public policy and administration.

Gender-responsive principles developed for the justice system created a new way to work with girls and women that centered on the evidenced-based differences between males and females in the justice system. Some of the differences highlighted are the pathways through which males and females enter the justice system. For example, females often commit offenses related…
We use cookies on our website to give you the most relevant experience by remembering your preferences and repeat visits. By clicking “Accept”, you consent to the use of ALL the cookies. However you may visit Cookie Settings to provide a controlled consent.
Cookie settingsACCEPT
Manage consent